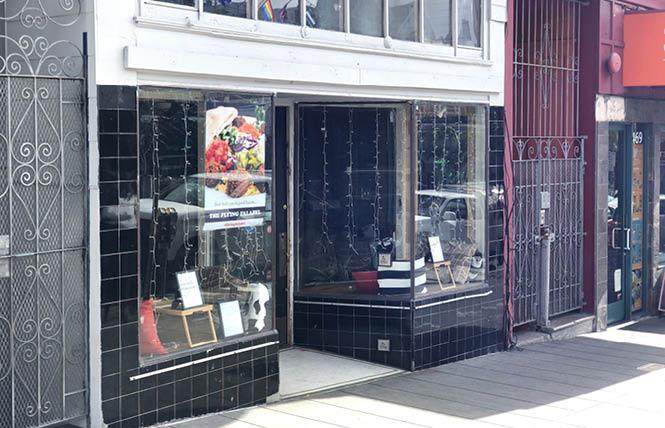 A social club that opened in the Castro earlier this month was ordered Friday to stop operating within 15 days by the city planning department, according to a copy of the order obtained by the Bay Area Reporter.

The move comes after a complaint was filed against the club — Socialhaus — with the planning department January 9.

Socialhaus, which quietly opened January 8, bills itself as "your city's living room," according to its website. The idea is that people can come and make conversation with strangers, or join them for games and team-building activities.

The space, however, is currently designated retail space and not general entertainment space, according to a copy of the January 16 order.

After 15 days, "administrative penalties of up to $250 per day will also be assessed to the responsible party for each day the violation continues thereafter," according to a copy of the order.

Socialhaus founder and owner Coco Liu did not immediately respond to a request for comment about the order.

After an initial free visit, Socialhaus visitors can access the space for a monthly fee. There are three membership options ranging from $49 to $159 per month, according to the Socialhaus website.

Liu, the founder of Socialhaus, said that the 463 Castro Street location, which had been set to open as a Flying Falafel eatery, would also become an "express" outlet of the falafel restaurant.

Flying Falafel, founded owned by pansexual man Assaf Pashut, had applied for the space to be restaurant space. A description in the January 9 complaint that was the basis for the planning department order stated "Property permitted as Limited Restaurant but is operating as General Entertainment, private social club that is not open to the General Public. Attendance to facility requires a membership."

Pashut wrote in an email to the B.A.R. late January 17 that the city should have done more investigation "before issuing such a hasty, destructive notice."

"Had they reached out to us, they would have easily determined that the Flying Falafel, like any restaurant in California, is well within its rights to have private events at its facility, especially if those events are communal by nature and strengthen the relationship between small business and the community," Pashut wrote.

"Processes like the one we're witnessing today are killing new businesses and harming local neighborhoods," he added. "I love San Francisco but this is shameful."

Liu, a straight ally, was unsure as of January 15 when food service will begin. She also disputed the complaint, which alleged Socialhaus is a private club not open to the general public.

"I don't believe it (the complaint) is accurate," Liu said. "We are a restaurant in many ways."

Under the plan, food from the Flying Falafel location at 211 Sutter Street in San Francisco would be at the Socialhaus Flying Falafel Express for people to buy, Liu said. Customers would not have to become Socialhaus members first.

Pashut has not responded to a request for comment as of press time.

"The idea is it will be sold to the general public and whoever buys falafel can hang out at the space," Liu said. "The Socialhaus culture is a very open-minded, inclusive space for people to feel comfortable talking to a stranger at the space. They can meet strangers over falafel, and once they buy it (they) can talk to people in the space.

"The membership fee is an alternative for people who want to come in and talk to people but don't necessarily want to buy a falafel every single time," she added.

The 463 Castro location was a longtime retail space for locally-owned clothing stores: All-American Boy for decades and more recently Outfit.

As the B.A.R. reported October 9, following Outfit's closure Pashut indicated his intention to open up a fourth location of his Bay Area eatery there.

But the owner of Gyro Xpress at 499 Castro Street filed a request for discretionary review by the planning commission to prevent Flying Falafel from opening.

As the B.A.R. reported several weeks later, the planning department declined to take discretionary review of the property, clearing the way for Pashut's restaurant to open.

But the property was still designated retail space as of January 16, according to the order.

For a time last fall, a pop-up branch of Indigo Vintage Cooperative operated in the space through the Castro Street Fair October 6. Pashut indicated at the time his intention to have another pop-up business operate in the space before it was converted into a restaurant.

It was in October or November 2019 when Pashut met Liu, who said that she founded Socialhaus last year. Socialhaus was previously a pop-up business most recently located on Valencia Street in the Mission district before moving to the Castro.

"I wanted to build a third place outside home and work where people can just hang out. Nowadays, people meet and often don't follow up on a consistent basis," Liu said. "[Pashut] stumbled upon our pop-up and attended a couple of them. He enjoyed the experience coming to our pop-up.

"He had the space and was going through the process of trying to open this spot when we met. He was thinking of what he could do with the space, instead of building out a whole Flying Falafel, he was thinking about what he could build to bring good vibes to the community," she added.

In addition to Sutter Street, Flying Falafel restaurants are located at 1051 Market Street in San Francisco and 2114 Shattuck Avenue in Berkeley. The only express outlet would be 463 Castro Street.

Planning department officials have not returned requests for comment as of press time.

Updated, 1/22/20: This story has been updated with comments from Assaf Pashut.