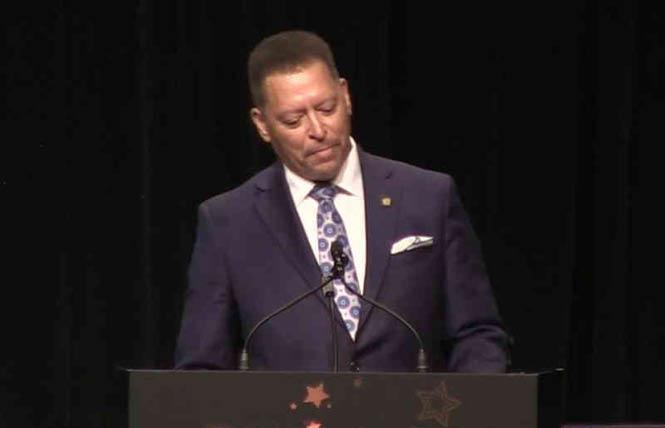 A three-judge panel of the 4th U.S. Circuit Court of Appeals has unanimously upheld a national injunction to stop the U.S. Air Force from discharging service members just because they have HIV infection.

The ruling, in Roe and Voe v. Esper, immediately helps at least six service members with HIV who have faced being ousted, stopping the military from discharging them until a trial can be held on their lawsuits challenging the military's policy.

Unless the Trump administration appeals the January 10 ruling to the U.S. Supreme Court, the case now goes back to U.S. District Court in Alexandria, Virginia, for consideration of policy.

The military policy bans people with HIV from enlisting but allows people already in the military to stay as long as they are fit for duty and deployable to assignments in foreign military arenas, such as the Middle East.

But the Air Force has interpreted the policy to be a de facto ban on any HIV-positive service member by claiming, among other things, that such service members pose a risk to others and noting that some foreign nations ban people with HIV.

The 4th Circuit panel, which included two Democratic and one Republican appointee, said the policy was based on "outmoded" information about HIV transmission and that the military cannot justify banning a person with HIV from all military arenas just because some countries have an HIV ban.

A discharge for HIV, said the panel, "must be based on objective evidence in the record and must consider the individual servicemember's physical abilities, fitness, and deployability."

Treatment for most people infected with HIV, wrote Wynn, requires taking one pill a day that dramatically reduces the amount of virus in the body, produces "minimal side effects," and requires no special handling or dietary limitations. Medical monitoring can be done by a general practitioner. And once viral suppression is achieved, people on the regimen "have effectively no risk of sexually transmitting the virus," except through blood transfusions. People with HIV are barred from donating blood.

"Those who are timely diagnosed and treated 'experience few, if any, noticeable effects on their physical health and enjoy a life expectancy approaching that of those who do not have HIV,'" noted Wynn.

"A ban on deployment may have been justified at a time when HIV treatment was less effective at managing the virus and reducing transmission risks," wrote Wynn. "But any understanding of HIV that could justify this ban is outmoded and at odds with current science. Such obsolete understandings cannot justify a ban, even under a deferential standard of review and even according appropriate deference to the military's professional judgment."

The lawsuit was filed in December 2018 by Lambda Legal Defense and Education Fund and the Modern Military Association of America, formerly known as OutServe-SLDN.

A district court in Alexandria, Virginia, ruled the discharges violated the men's rights to equal protection under the U.S. Constitution and violated the federal Administrative Procedure Act. It granted a national injunction barring the Air Force from discharging them.

According to court documents, the men in the case are identified pseudonymously as Richard Roe and Victor Voe. Roe is a staff sergeant who enlisted in 2012 and has earned "numerous awards." He was diagnosed with HIV infection in 2017, immediately began treatment, and has achieved an undetectable viral load. Despite the support of his commanding officer and primary care doctor, two Air Force panels recommended he be discharged.

The plaintiff identified as Voe enlisted in 2011, was deployed twice, and diagnosed with HIV in 2017. He also began treatment and succeeded in reducing his viral load to undetectable levels. The Air Force panels recommended his discharge, too.

The 4th Circuit opinion noted that MMAA identified at least four other members of the Air Force discharged for HIV status alone. Lambda Legal and MMAA have filed two other lawsuits on behalf of other service members with HIV.

The panel affirmed the injunction and said the service members are "likely to succeed" in their lawsuit.