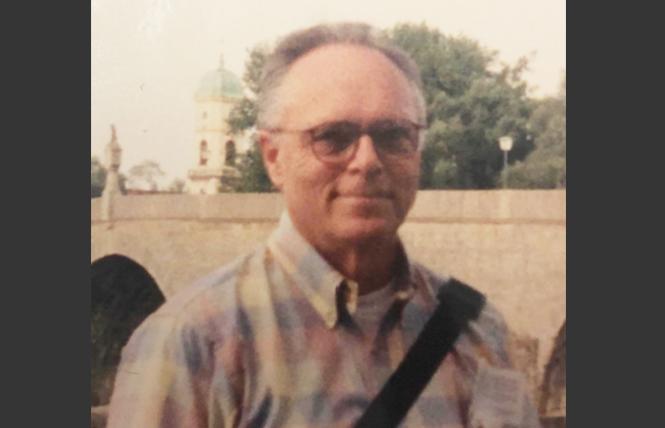 December 1, 1930 — May 13, 2018
Dick Hague was born in Bath, New York. After graduating from high school, he joined the Navy, where he had a berth on a destroyer radar picket ship. When he was discharged from the Navy in San Diego, he traveled to Berkeley to visit his sister, who was attending UC Berkeley at the time. He found California so congenial he didn't want to return to New York, except for an occasional visit.

Dick attended Contra Costa Community College and UC Berkeley. He quit UC and landed a job with Shell Development Company in Emeryville. When Shell moved to Houston, he switched jobs and worked for Hewlett-Packard in Palo Alto. He was an intelligent, compassionate, kind-hearted person.

Dick and his partner, Otto, lived together for 47 years until Otto's death. In 2012, Dick moved to the Sequoias and then he met his dear friend, Patrick. They spent six cherished years together. Dick died unexpectedly on May 13, 2018. Patrick was by his side. He is survived by the families of his sister (Iras and daughter, Ea, and friend, Molly); brother (Bill and his wife, Ruth); and nephew (Stuart, his wife, Tina, and son, Christian). Dick, we miss you.