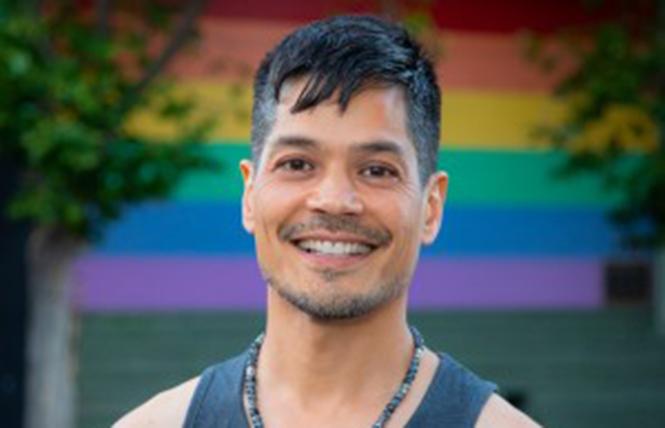 The Yoga Loft at MX3 Fitness said that 100% of the money raised from its community class will support Coming Home Hospice, the GLBT Historical Society, the UCSF Alliance Health Project, and the San Francisco LGBT Community Center.

The community class is a Hatha level 1 course taught by skillful teachers who recently graduated from Integral Yoga's basic teacher training, a news release stated. According to organizers, it is good for beginner students or anyone who appreciates the classic practice of Hatha yoga. All teachers are donating their time.

"Karma yoga, the path of selfless service, is one of the significant paths in yoga that brings benefit to all," Marc Morozumi, yoga director at MX3 Fitness, said in the release. "I'm grateful to be able to include a weekly class that supports the community that supports us."

Morozumi, who said that he co-led basic teacher training earlier this year, added that the community class "gives these teachers a chance to immediately have a place to share what they've learned and build good karma."

Classes are one hour and 15 minutes long. Students pay what they can. To sign up, visit https://bit.ly/2QOHKMh

Horizons' state of the movement
Horizons Foundation will hold its 10th annual State of the LGBTQ Movement panel discussion Tuesday, December 3, from 6 to 7:30 p.m. (doors open at 5:30) in the Koret Auditorium at the San Francisco Public Library, 100 Larkin Street.

According to a news release, leaders from OutRight Action International, Freedom for All Americans, Transgender Law Center, and Southern Border Communities Coalition will share the LGBTQ community's advances and challenges in a panel moderated by Horizons President Roger Doughty.

The event is free and open to the public. Pre-registration is encouraged. Seats are available on a first-come, first-served basis. To sign up, go to https://bit.ly/37uMOLz

There is no admission cost. For more information and to RSVP, visit http://support.nclrights.org/site/Calendar?id=101462&view=Detail

El Cerrito seeks board, commission applicants
The East Bay city of El Cerrito is seeking applicants to serve on city advisory bodies. According to a news release, the city has 13 boards, commissions, and committees and three regional bodies on which approximately 90 residents serve as members. There are over 35 existing vacancies, with more expected when other terms expire in March.

Officials said in the release that members of these panels provide an invaluable service to the community. Service on them is also a great way for residents to participate in local government.

Members are appointed to a term of four years. Meetings are generally held once a month during evening hours.

Panel members must be residents of El Cerrito. For more information, including the application, visit http://el-cerrito.org/93/Boards-Commissions

The deadline to apply is December 18. The City Council expects to schedule brief interviews on January 7.
For more information, contact City Clerk Holly M. Charléty at cityclerk@ci.el-cerrito.ca.us or (510) 215-4305.