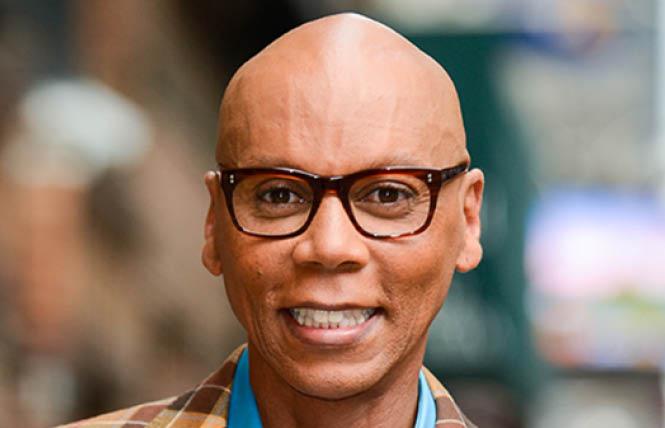 Governor Gavin Newsom inducted the first drag queen into the California Hall of Fame Wednesday but it was not the person the LGBT community for years has been clamoring to be given the honor. Rather than selecting the late San Francisco drag queen José Julio Sarria, Newsom instead chose RuPaul Charles, the host of the globally-loved "RuPaul's Drag Race" television reality show.

Charles is one of 10 people who will be inducted into the California Hall of Fame next month.

"Jennifer and I are pleased to induct this class of extraordinary Californians into the Hall of Fame," Newsom said in a news release. "These inductees embody California's innovative spirit and they inspire us with all they've accomplished throughout their careers and lives."

Charles is well-known for "RuPaul's Drag Race," which airs on VH1. He and his husband, Georges LeBar, a Wyoming rancher, married in San Francisco in 2017.

"As a native of this great state, being inducted into the California Hall of Fame is especially heartfelt because it comes from where my dreams were born, it comes from home," Charles said in the release.

According to his Wikipedia page, Charles, 58, was born in San Diego and later moved to Atlanta. He settled in New York City where he became a popular fixture on the nightclub scene.

Inductees and family members of posthumous inductees will be presented with "Spirit of California" medals by the governor and his wife in an official ceremony at the California Museum in Sacramento Tuesday, December 10, at 7 p.m. In addition, the lives and legacies of the new inductees will be featured in an all-new artifact exhibit at the museum opening at 10 a.m. December 11.

Members of the public are invited to watch red carpet arrivals in a public viewing area on 10th Street between P and O streets starting at 4 p.m. the day of the ceremony. The ceremony will be livestreamed at www.californiamuseum.org/webcasts.

LGBT community leaders across the Golden State launched an effort to see Sarria be named to the hall in 2015 due to it being the 50th anniversary of the Imperial Court System. Sarria established the court in San Francisco, and it became a major LGBT philanthropic group throughout North America.

The campaign on behalf of Sarria, who was also a veteran and a prominent Latino leader, has broad support from across the state, with not only LGBT elected officials and community leaders backing it, but also veterans groups and the Latino community.

Yet then-governor Jerry Brown turned a deaf ear to the calls to include Sarria among the Californians inducted into the state hall. As the Bay Area Reporter previously reported, speculation turned to members of Brown's administration being wary of adding a drag queen to the list as behind the snub.

Now that Newsom, a former mayor of San Francisco who has a long record of supporting LGBT rights and causes, is the state's governor, LGBT community leaders had renewed hope of seeing Sarria finally join the ranks of other Golden State residents in the hall of fame as part of Newsom's first class of inductees.

"RuPaul is awesome and clearly deserving of this recognition," he wrote. "We will continue to advocate for José Sarria to be included in the California Hall of Fame. José Sarria played a critical role in the birth of the modern LGBT community and our entry into politics."

Wiener added that Sarria's historic bid for a seat on the San Francisco Board of Supervisors in 1961 — which he lost but received 6,000 votes — sent a "powerful message to elected officials that they had to pay attention to the LGBT community and focus on our needs."

Wiener wrote that he's confident Newsom will give Sarria "strong consideration" for a future hall class.

In a texted response to the B.A.R. San Diego resident Nicole Murray Ramirez, who was elected an empress of the Imperial Court in 1973 and currently holds the title of Queen Mother I of the Americas, Canada, United States, and Mexico, wrote that he will continue to work with the out state legislators to push for Sarria's induction into the hall in 2020, which will be the 55th anniversary of his crowning as empress.

"We feel the 55th anniversary will be a year of celebrations," he wrote.