Transmissions: Revealing, but not what you think 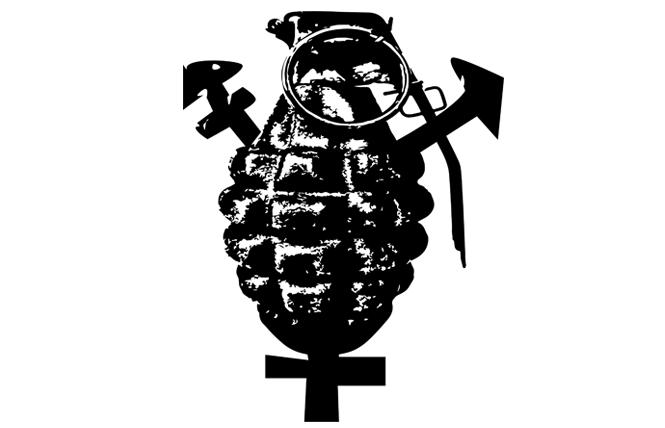 In 2008, a woman named Jenna Karvunidis sliced open a cake, revealing pink frosting within the layers. With her, the gender reveal party entered the popular lexicon. A decade or so later, the gender reveal has gone a long way from those humble beginnings and in the process became something far different from a cake.

I feel that the gender reveal has become the polar opposite of the classic baby shower, and has become an event focused around the trappings of toxic masculinity. While cakes and balloons still certainly exist, one hears about far more hypermasculine ways to reveal a pink or blue cloud of smoke.

Of these, an exploding rifle target marketed as the Tannerite Gender Reveal Boom Box seems a common choice. Last year, a Tannerite device led to the Sawmill Fire, burning roughly 47,000 acres in Arizona. That gender reveal blaze ended up costing $8 million in damage, far above the $99 list price of the boom box.

In Australia, a 2018 reveal using a car ended up destroying the vehicle after the blue smoke that heralded a baby boy burst into flames. The driver and passengers were able to escape the burning car with their lives.

Last month, a 56-year-old Iowa woman was killed when shrapnel from a presumably homemade gender reveal device struck and killed her. Police described the device as functioning much like a pipe bomb.

Days after that incident, also in Iowa, a Gender Reveal Boom Box caused an explosion that was felt more than two miles away.

When one examines the many videos taken at these parties, a pattern emerges. Blue smoke is treated as a success all around, while pink smoke can lead men to sorrow or anger. It's as if a male is the only "winning" solution, and being revealed as the father of a little girl is viewed as some sort of personal failure.

This view is hardly new: the notion of a son "carrying on the family name" is embedded deeply into popular culture, while a daughter is seen as a sign of weakness, not only for her, but also for her father. Among some men, that is viewed as a sign that the father's own sperm is somehow inferior.

Only two things seem to be viewed as an even worse sin: having a child who is homosexual or bisexual or, one step even further down the scale, one who is transgender.

This is how it was in my own family. While my father was, perhaps, not outwardly upset when an ultrasound revealed that the second child he would have with his wife was a daughter, he likely felt fortunate that he had already preserved his legacy with his first born, the boy who he named after his deceased high school friend, and who he had always pushed toward masculine pursuits.

In Texas, there is a 7-year-old named Luna Younger. At age 3, she had her own gender reveal, declaring even then that she was a girl.

Her mother, Anne Georgulas, a pediatrician, has accepted her new daughter — but not so for Luna's father, Jeffrey Younger.

Younger, who has lived a life formed around a series of lies — serving with the Marines in Iraq, having never been previously wed, and having a Ph.D. from the University of Dallas — is unwilling to accept Luna's reality.

After her divorce from Younger, according to the Dallas Morning News, Georgulas received, "the right to make decisions about the children's medical and psychological treatment, among other issues, provided she notified Younger."

Younger fought back, creating a website — since removed — that showed his daughter wearing boys clothing and sporting a buzz cut that Younger gave his daughter. It's worth noting he didn't give Luna's twin brother the same cut.

He claimed that the treatment that Luna would undergo would be irreversible, even though — at her age — she would only be allowed to socially transition, and any medical intervention would start with reversible puberty blockers. Of course, he also had a GoFundMe, raising more than $42,000 for his court fight.

Initially, Younger's push to gain custody over Luna failed before a jury in Dallas, but that was before the Republican governor of Texas, as well as Senator Ted Cruz (R) and other lawmakers, chimed in. Cowed, Judge Kim Cooks overturned the jury decision, awarding joint custody and likely causing untold harm to Luna. Her father will therefore still be allowed to terrorize his daughter, forcing her to live a life in a gender she does not want, and in a way that may unduly damage her.

No amount of gunpowder or colored smoke will reveal a gender. All it can do is reveal what genitals your baby has, based on a fairly grainy picture and the best guess of the technician looking at the image.

Gender isn't that easy to pin down, and doesn't care what you see in an ultrasound. For Luna, she did reveal her gender, telling her truth, but her dad, like so many glum-faced fathers lumbering awkwardly away from gender reveal results not to their liking, is unwilling to accept it.

Now, the courts will allow him to continue to cause harm to his child for years to prevent her from living her truth. This is a tragedy, and one that reveals far more than any gender. It reveals how much our society is willing to fail kids like Luna to preserve a harmful patriarchal system gone mad.

Oh, and one more thing: Karvunidis, whose pink icing started all this? She's repudiated the concept, and, in a recent interview with BuzzFeed News, now celebrate her child's own self-expression as, "a girl who wears suits."

Gwen Smith revealed her gender in 1993. You can find her at www.gwensmith.com