Loftus sworn in as SF DA 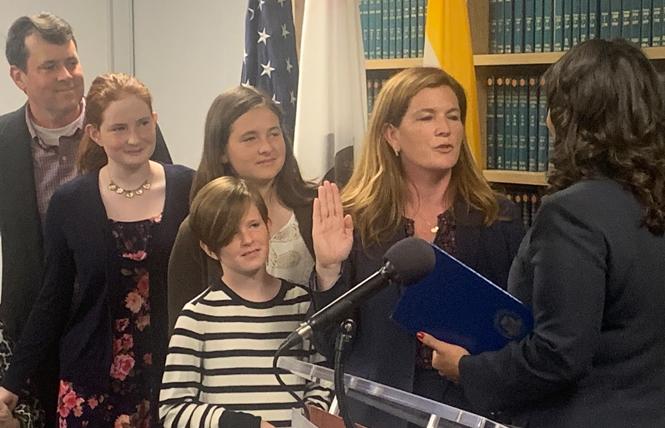 Suzy Loftus recited the oath of office from Mayor London Breed Saturday, October 19, as she was sworn in as San Francisco's interim district attorney, following the resignation of George Gascón. Loftus is also a candidate for DA on the November 5 ballot. She was joined at the swearing in by her husband, Tom Loftus, and daughters Maureen, Vivienne, and Grace, and her mother, also named Maureen (not pictured). In a statement, Loftus said she is "committed to working with the hardworking teams at the district attorney's office to tackle auto burglaries, open-air drug dealing, and dangerous street behavior with great urgency." Breed has been criticized by some for naming Loftus ahead of next month's election — the first open DA's race in more than 100 years — which also includes candidates Chesa Boudin, Leif Dautch, and Nancy Tung.