Editorial: No endorsement for SF sheriff 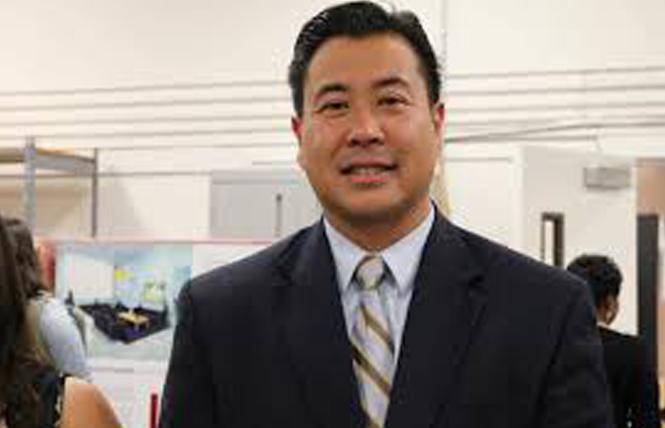 We tried to schedule an editorial board interview with Paul Miyamoto, the only candidate for San Francisco sheriff. Through several emails dating back to July, we communicated with his campaign but it canceled every meeting we scheduled. In late August we sent a proposed meeting date and did not receive a response. We have no endorsement in this race because we were not able to ask Miyamoto questions about his law enforcement philosophy, vision for the department, and whether he is committed to continuing the department's trans policy, which was initiated by former sheriff Ross Mirkarimi and implemented in 2018 by current Sheriff Vicki Hennessy, who is not seeking re-election.

The trans policy is important. The guidelines, which have been gradually introduced in recent years and are among the first of their kind in the country, were finally implemented in February 2018. They cover everything from where inmates are housed to which pronouns deputies should use when referring to inmates and for which gender staff should perform searches. The policy took years to develop and fund. It was initially met with stiff resistance from the San Francisco Deputy Sheriffs' Association, which at the time had a gay man, Eugene Cerbone, as its president. A couple of years ago, Cerbone expressed concerns about changes to the way trans inmates are housed. In 2015, he told the Bay Area Reporter that he didn't consider trans people who had not had surgery to be transgender. While Cerbone no longer leads the union, we wanted to ask Miyamoto about the morale of the department since the trans policy was formalized, how deputies are reacting to its implementation, and how trans inmates are faring under it.

Without any contenders, Miyamoto will be elected San Francisco's next sheriff. We hope to meet with him after he is sworn in to discuss these issues. But we couldn't endorse a candidate who apparently did not find it important enough to meet on the record with the city's leading LGBT publication to discuss issues and policies of his department that affect our community.