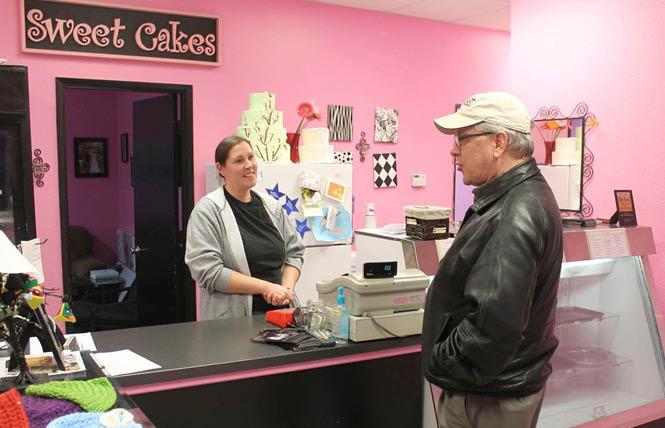 The U.S. Supreme Court on Monday side-stepped yet another case pitting religious beliefs hostile to LGBT people against human rights laws that seek to protect them.

The latest case, Klein v. Oregon, involves a baker in Oregon who appealed to the U.S. Supreme Court after she lost a state court decision. The Oregon Court of Appeals ruled in December that the baker could not cite her religious beliefs in order to violate a state law that prohibits discrimination based on sexual orientation in public accommodations.

The Supreme Court vacated the state court decision and asked the lower court to reconsider the case in light of the recent decision in favor of the baker in Masterpiece Cakeshop v. Colorado.

The action was not a win for either side, but LGBT legal activists were unhappy while anti-LGBT groups declared victory.

Jennifer Pizer, senior counsel and law and policy director for Lambda Legal Defense and Education Fund, said it was "very disappointing" that the Supreme Court sent back another case.

Shannon Minter, legal director for the National Center for Lesbian Rights, said he found the Supreme Court's action "puzzling, since there is no conflict between the Oregon [court's] decision and Masterpiece Cakeshop."

"Given the absence of conflict," he said, "this may indicate that a majority or near-majority on the new [Supreme Court] is signaling that it is prepared to interpret Masterpiece differently or revisit it in the future."

In Masterpiece Cakeshop last year, the Supreme Court ruled that two members of a seven-member Colorado Civil Rights Commission made statements that "might be seen as inappropriate and dismissive" of a Colorado baker's religious beliefs against marriage for same-sex couples. No matter how meritorious the state law prohibiting discrimination based on sexual orientation might be, the court majority felt the two commission members' comments crossed a line that made the panel appear less than neutral in its deliberation.

First Liberty Institute, a group representing baker Melissa Klein, the owner of the now-closed Sweet Cakes by Melissa, issued a news release saying the high court "reversed" the Oregon court decision. It did not. It vacated the lower court decision and asked the court to reconsider the case.

While that may fall short of reversing the lower court decision, the Supreme Court action does seem to invite the state court to scour the record in search of some expression of hostility to Klein's religious beliefs that might justify letting her off the hook in this current violation of the state's human rights law.

"The message from the court is clear, government hostility toward religious Americans will not be tolerated," said First Liberty President Kelly Shackelford.

The court's two-sentence note on the orders list Monday did not convey such a message explicitly. It said only that the judgment of the court below was vacated and the case remanded for "further consideration in light of Masterpiece Cakeshop."

But in Obergefell v. Hodges — striking down state bans on same-sex marriage — then-Justice Anthony Kennedy did say that there can be "decent and honorable religious or philosophical" reasons for opposing same-sex marriage. And First Liberty, in Klein, is essentially arguing that the majority's statement in Obergefell means the government must assume any reason a person gives to claim a "religious" basis for discrimination is "decent and honorable."

"Kennedy's evidently well-intentioned statement in Obergefell seemingly meant to calm the churning social waters," said Pizer. "But it's been seized as fuel by anti-LGBT religious extremists for their cases aiming to overturn long-settled free exercise law and get new religious rights to discriminate. Although we've been dealing with those religion-based arguments for many years, Kennedy's sympathy for some religious people's discomfort has emboldened those who are determined to retain their freedom to discriminate. Thus we see the alarming proliferation of cases" seeking a religious right to discriminate.

It seems inevitable that the court will eventually have to decide whether a business of public accommodation can gain an exemption to a state human rights law by claiming its refusal to serve certain customers is based on personal religious beliefs.

Although the high court sent the Klein v. Oregon case back to the state court, it will soon have a very similar case before it: Arlene's Flowers v. Washington. This is the same case that the Supreme Court sent back to the Washington Supreme Court in June of last year, with a vacate and reconsider directive "in light of Masterpiece Cakeshop." The Washington Supreme Court reconsidered the case and again ruled that a business cannot claim a religious exemption from a state law prohibiting discrimination in public accommodations based on sexual orientation. The Alliance Defending Freedom immediately announced it would appeal to the U.S. Supreme Court.