Advocates outraged by death of trans migrant in Texas 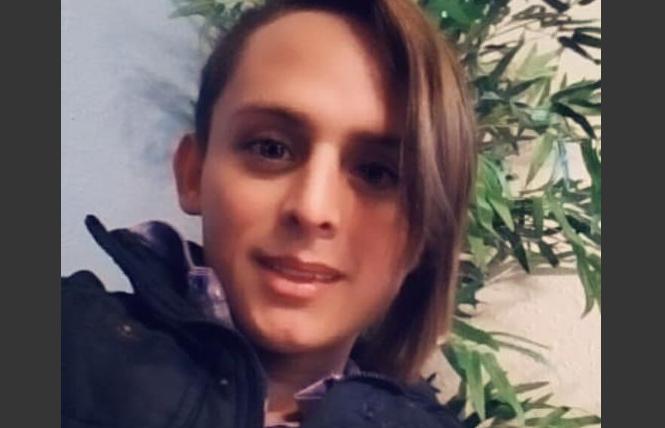 Transgender advocates are outraged by the death of a transgender asylum seeker shortly after she was released from Immigration and Customs Enforcement custody.

Medina died days after the one-year anniversary of another trans migrant, Roxsana Hernandez, 33, who died in ICE custody in New Mexico May 25, 2018.

"The timing is significant in the sense that it is also the start of our Pride Month," said Martinez, noting federal rollbacks of transgender rights from the ban on serving in the military to Title IX protections by the federal government.

Confusion
There has been some confusion surrounding the timing of Medina's reported release from ICE custody and her reported date of death.

Diversidad Sin Fronteras stated in its Facebook post Medina died May 31 at 21:00 (9 p.m.), however, some media outlets are reporting she died June 1.

Martinez and Vicente couldn't help but note the similarity of the two cases, calling them "eerie."

"We don't know all of the facts or details yet, but there are some eerie similarities to how they both died," Vicente said. "We don't have all of that information. That's why ICE needs to give all of this information to the public."

Lack of information from ICE and other government agencies has surrounded Hernandez's death for more than a year.

ICE officials blamed the victims for their own sickness, claiming they brought it into the U.S. with them, when advocates claim that they became ill while in custody.

"This is yet another unfortunate example of an individual who illegally enters the United States with an untreated, unscreened medical condition," Corey A. Price, field office director for ICE Enforcement and Removal Operations in El Paso, told NBC News.

A statement from ICE noted that Medina was first processed in April at the Paso Del Norte Point of Entry. She was transferred to ICE custody April 14. On May 18, Medina received a positive credible fear finding and, on May 22, she was issued a notice to appear before a U.S. immigration judge.

On May 28, Medina requested to be tested for HIV, the ICE statement read, and she learned she tested positive. That same day she was transported to the medical center after complaining of chest pains and released on parole, the agency said.

Medina's family members and her boyfriend in El Salvador told the Advocate that ICE officials told her "she was not trans, that she was a man."

"Any facility that does not recognize somebody's gender and solely places somebody on their sex assigned at birth from their genitalia is, in fact, compromising the health and safety of an individual," said Martinez with the Santa Clara office.

"We do know that in a lot of cases officers aren't trained to deal or to know how to talk to transgender immigrants in general. Oftentimes, they are put in solitary confinement or abused simply for being queer or transgender," he said.

An NBC investigation into the treatment of vulnerable communities, including LGBTs, in ICE custody discovered individuals were regularly placed in solitary confinement.

Because of the lack of sensitivity and care for LGBT immigrants who have already suffered trauma, advocates are calling for the release of all queer asylum seekers and to halt placing them in detention centers.

"We believe that ICE isn't meeting their needs," said Vicente. "They are clearly not taking care of them even though they are supposed to take care of them."

Upon a queer asylum seeker's release, some counties, like Santa Clara, are working with organizations to support individuals with housing and their asylum process, Martinez told the Bay Area Reporter.

"She had done everything right," Martinez said of Medina, echoing transgender advocates who said Medina followed the rules and procedures to claim asylum in the U.S. "It was the system and practices that failed her.

"What is even more deplorable is that somebody comes into this country to find safety and they find death at the mistreatment and lack of access to health care in government ICE detention," Martinez added.

Kris Hayashi, executive director of the Transgender Law Center, hopes to correct this with the agency's lawsuit against the U.S. government.

Judge Thomas Au ruled the anti-sodomy and buggery laws were unconstitutional because they didn't apply to heterosexual couples or to female couples.

"These provisions are inconsistent with the right to equality ... and discriminatory in nature. They are unconstitutional and should be struck down," he wrote in his judgment.

Government lawyer Stewart Wong argued to the court that marriage would be "diluted and diminished" and "no longer special" if same-sex couples were granted the right, according to the Straits Times.

Even same-sex unions would "undermine the traditional institution of marriage and the family constituted by such a marriage," he told the court.

Two men have filed a case arguing that Hong Kong's ban on same-sex marriage is unconstitutional.

Hong Kong decriminalized homosexuality in 1991, but four laws that criminalized sex between men remained on the books. (There wasn't a law outlawing same-sex relationships between women.)