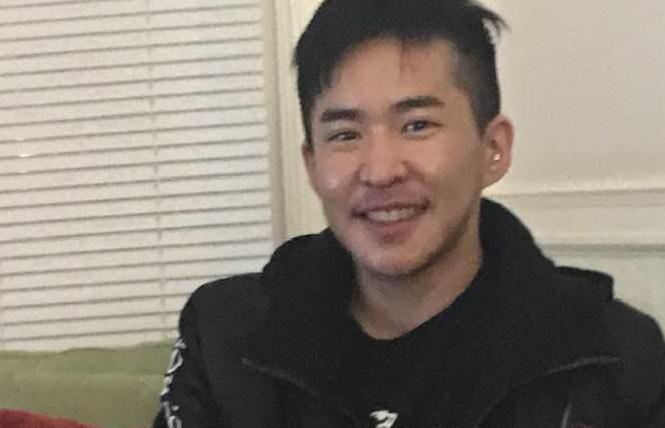 Tyler Center, born August 14, 1990, was found dead May 13, 2019 in Los Angeles at age 28. He was also called Taylor Wang. The cause of death was suicide. Tyler lived in New York, Taiwan, the Bay Area, and L.A. He was a native speaker of Mandarin and English, and traveled easily between Chinese- and English-speaking worlds.

He earned an associate degree with honors in 2011 from City College of San Francisco, and then transferred to UCLA. Tyler was scheduled to graduate from UCLA on June 15; he will receive a posthumous diploma.

At age 15, Tyler entered foster care. He was placed with Claudia Center, of San Francisco, who became his chosen mother. Tyler is also survived by foster brother Christopher Kohler, of San Francisco; and chosen family Francis, Vivian, Christiane, and Yorkman Chan, of Daly City. Tyler was academically gifted, and typically earned straight As (when he did not receive straight Ws). He enjoyed traveling internationally, working, driving, eating, and hanging out with his friends. He was estranged from his biological parents. A memorial is scheduled for Sunday, June 16, at 1 p.m. at Eureka Valley Recreation Center, 100 Collingwood Street in San Francisco. Donations may be made to the National Trans Bar Association, https://transbar.org/.