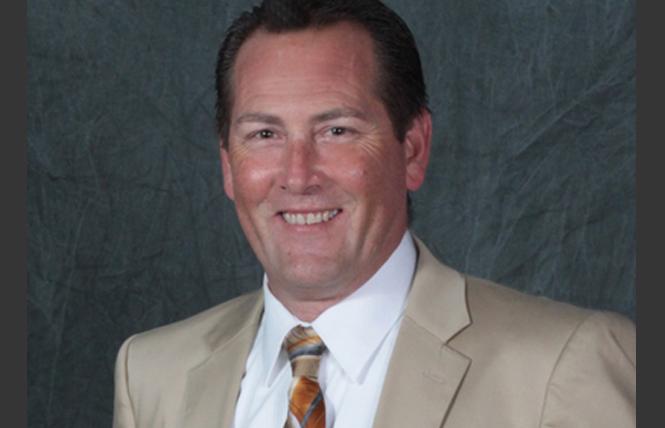 Contra Costa County's LGBT community center has no plans to temporarily shut down as it restructures its staff, remodels its building, and launches a new housing program for youth at risk of homelessness, according to leaders of the facility in Concord.

The Rainbow Community Center last week issued two statements in an effort to inform clients, donors, and East Bay officials of the changes underway. It was the first time the center had publicly detailed its restructuring plans since it fired the majority of its behavioral health and clinical staff and its food pantry manager Friday, February 22.

"We are not going to shut down at all," board President Ken Carlson told the Bay Area Reporter in an interview Monday. "The staff working on the remodeling of the service center and community space is doing that on off hours."

As the B.A.R. reported last week, the staff firings raised questions about the future of the center's counseling services and the tenure of its executive director, Kevin McAllister, who was hired last June. As rumors swirled of his imminent resignation, McAllister declined to discuss the staffing changes in detail when reached by the B.A.R. and referred questions to the board. But Carlson did not respond to an interview request.

Carlson took responsibility for the lack of communication in the days following the staff firings in the interview this week. He told the B.A.R. that he had been focused on explaining to the remaining center staff the restructuring plan.

"I had a press release and announcement ready to go. I flat-out dropped the ball," said Carlson, a Pleasant Hill city councilman who's been president of the center's board since November 2015. "I didn't anticipate as high a level of disruption to the current staff that remained."

Hours after the B.A.R.'s story was posted online last Wednesday, the center released the first of its two statements about the restructuring it is undertaking. It said that the plan had been under discussion for the last two years and that there would be "minimal disruption to clinical support" and that the center's "current caseload is a priority."

However, the release also disclosed that the center, located at 2118 Willow Pass Road in downtown Concord, would be limiting its services while preparing for new programming. Its food pantry would be one of the programs disrupted by the reorganization, according to the release, but its mental health counseling, training, HIV testing, and "limited youth services" would still operate.

In the interview this week Carlson said the center is reevaluating its food program, which includes an on-site pantry where people can get groceries and home delivered meals, to see how it can best meet the community's nutrition needs.

"We are going to see to those clients we are seeing," he said.

After the center's initial statement raised more questions, it sent the B.A.R. a second advisory last Friday disclosing it had hired a new youth housing director to help "youth displaced by families and traditional support networks based on their identity."

The center also disclosed it had hired a licensed clinical psychologist with 18 years of mental health experience to manage its "School Based Counseling" program. The person will also oversee the center's mental health and clinical services on an interim basis, according to the statement.

"Rainbow is absolutely committed to the continuity of care provided to our clients," stated McAllister. "We are also committed to providing for the support and needs or our clinical staff, interns and trainees during the restructuring."

When the B.A.R. stopped by the center Monday evening, a staff person said McAllister had taken several days off but would return later in the week. Carlson told the B.A.R. that McAllister has the full support of the board and that it wants him to remain as executive director and oversee the restructuring plan. He noted that, since McAllister came on board, he has helped double the center's budget to nearly $2 million.

"We don't want him to leave," said Carlson. "He has the skills and talents about raising money and understanding the needs of the community. He has taken our strategic plan to heart and wants to implement it."

Over the last two weeks, including at the center's annual crab feed fundraiser last Saturday, Carlson has had numerous conversations with those upset about the staff firings. He has also worked to address concerns that financial issues were behind the decision.

"I think a lot of the fears have been quelled by having those conversations," said Carlson, adding that, "A few people did ask questions or didn't like how we did it. That is OK. I think, overall, I want people to know we are not going anywhere. Or people assumed it was financial and we are in financial trouble. We reassured them it is not the case."