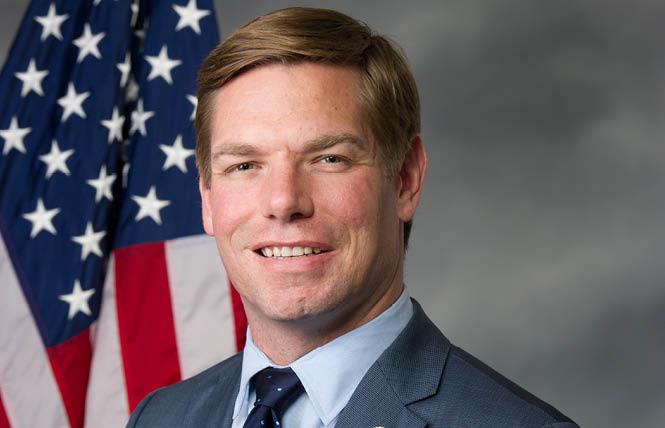 As we strive to protect America's progress toward LGBT equality against a rising tide of intolerance, that awful tide has ramifications around the world — and Chechnya is the latest example.

The Russian LGBT Network and news media have reported a new wave of government-sponsored violence against LGBT people in Chechnya, a federal subject of Russia, since the end of December. It's the newest spasm in a pattern of persecution dating back to 2017 that has included jailings, torture, and murder.

The Trump administration has used sanctions and other mechanisms to push for unbiased investigations into crimes against the LGBT community, but they fear the new reports of violence only confirm Russia's unwillingness to take these crimes seriously. A Russian Justice Ministry official denied last May that an LGBT community even exists in Chechnya, and Chechen President Ramzan Kadyrov at one point allegedly said that LGBT people in Chechnya should be removed to "cleanse our blood."

And that should chill our blood — particularly as our president keeps cozying up to, and carrying water for, Russian President Vladimir Putin, who has cavalierly denied the obvious increase in homophobic discrimination throughout Russia during his reign.

Putin's regime seeks to undermine America's core ideas — including the idea that no matter who you are or who you love, you can be yourself and achieve your dreams. Putin doesn't want Russians to wish for that, and he believes that by attacking our democracy and compromising our president, he can mute our ability to call out his human-rights abuses.

But we won't be muted.

In January, I joined with gay Congressman David Cicilline (D-Rhode Island) and Congressman Lee Zeldin (R-New York) to lead more than five-dozen of our House colleagues in urging Secretary of State Mike Pompeo to publicly condemn the violence against the LGBT community in Chechnya and to pressure Russian leaders to stop this persecution.

As we await a response to our bipartisan letter, we note that the United States is no longer proving to be the sort of refuge for these victims of persecution as it has for so many others in the past.

A staff attorney with the New York City Anti-Violence Project, which provides free legal services to LGBT people, recently told the Daily Beast that the Trump administration has brought "a definite increase in aggressiveness in the tone and harshness of asylum hearings," and that U.S. Citizenship and Immigration Services has developed a reputation as "really an arm of the deportation system."

A new policy requires asylum hearings for those who come on a visa within three weeks of their entry — meaning Chechen LGBT people, many of whom were victimized privately or publicly for years, would have only that much time to prepare a clear, compelling case on efforts to eradicate them.

And this administration's visible hostility toward immigrants and LGBT people apparently is dissuading them from even trying, the attorney said.

Yes, the tone we set here in America has repercussions around the world, and right now, the Trump administration is sending a global message that persecuted LGBT people shouldn't bother looking here for refuge.

But the House is pushing back. I sent a letter this month signed by 160 House members urging acting Secretary of Defense Patrick Shanahan not to implement the president's heartless and pointless ban on transgender people serving our nation in the armed forces. Back in November, I joined 87 of my colleagues in a letter demanding that Health and Human Services Secretary Alex Azar reject any consideration of a policy to redefine "sex" to exclude the transgender community, denying them basic civil rights.

And I'll be an original co-sponsor of the Equality Act, a comprehensive bill that will be introduced in the House to end discrimination against LGBT Americans, just as I was in the last Congress.

Yet Congress — especially with the Senate still controlled by this president's enablers — is limited in its ability to mitigate the executive actions of a flailing administration that refuses to respect the dignity and value the lives of LGBT people here and abroad.

This president might not care about persecution of LGBT people, but he certainly cares about his own TV ratings and his poll numbers. Imagine how he'll feel if the voices of our Democratic House majority are bolstered by millions of American voices raised in righteous anger at his callous indifference to vicious bigotry.

Call. Write. March. Be heard. Don't let our homegrown bigots feel enabled and validated by this administration, or vice versa. Breaking the chain of hate here strengthens our ability to break it elsewhere around the world.

We can make it clear that our nation will move forward, not backward; that we will role-model equality around the globe; and that we won't tolerate this kind of violent persecution anywhere.

Congressman Eric Swalwell represents California's 15th Congressional District, in the East Bay, and serves on the House Intelligence and Judiciary committees. Follow him on Twitter at @RepSwalwell.