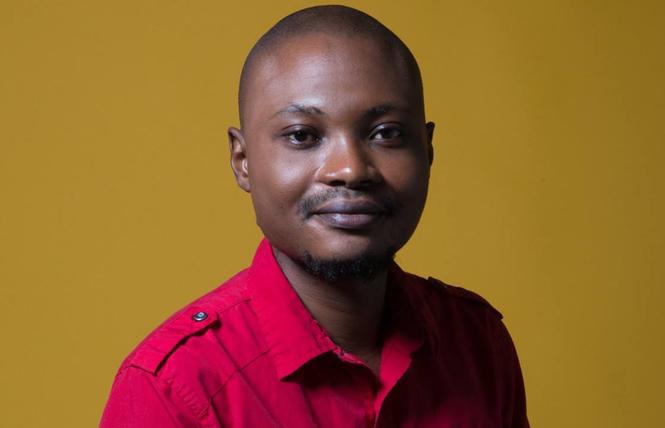 Fleeing persecution from homophobic countries can be the most life-risking experience and the wisest decision at the same time. You might not find acceptance after you reach a country and a city where you were supposed to integrate and secure a supportive community.

In this essay I will focus on inclusion, integration, community support, the international LGBT community, homonationalism, and xenophobia.

I am originally from the Democratic Republic of the Congo. I fled the Congo in 2010 to South Africa after receiving several homophobic death threats including by family members. How can one live in a place where people want you killed? It was a tough decision to make, but I had to leave for the sake of my own life and security. Being in South Africa didn't end my persecution. There was homophobia, xenophobia, and racism there. That is where I experienced racism for the first time. There was not inclusion or integration whatsoever; there was the same language that is heard nowadays in America: "Go back to your own country, go makwerekwere [foreigner or alien]." So Passop, an organization that helps refugee and asylum seekers in South Africa, started its LGBT refugees and asylum seekers project. It is where, as a volunteer, I tried to create community support and networking among LGBT refugees and asylum seekers.

Integration is the hardest thing for any immigrant, including LGBTs. Nationalism is thriving in the western world and anybody who doesn't look or speak like the rest is considered an alien, a foreigner, and you're told to go back to wherever you came from. It doesn't matter whether the person is gay or not and that is when homonationalism comes in.

Integration is a key element, for in a society without integration it is very hard to make friends, create community support, learn the language properly, and, in the end, become a citizen too.

Community support is what is offered by, and in, the community to persons who need it most. In the context of my essay, I will focus on unaccompanied, or solo, LGBT refugees and asylum seekers. Most LGBT people fleeing persecution often reach the country of asylum alone without family because in some cases, or even in many cases, their family is part of the problem, which means they are homophobic or transphobic. So these LGBT refugees and asylum seekers need support with material resources, such as housing facilities; employment services; health care; and education. Many of us come here without knowing where to start, in some instances with no employment background, health issues, and language barriers. So we need support for the LGBT community.

The LGBT community is international because LGBT people live in every country so there is no founded reason to nationalize being gay. Restricting LGBT rights only on a national level completely destroys our advocacy work at the United Nations and among global LGBT rights organizations. We LGBT people have an international obligation to stick together, work together, and advance LGBT rights all around the world. That is the only way we can achieve equality. We are all citizens of the world, according to the universal principle of human rights.

Homonationalism and xenophobia are the biggest threats to the global LGBT fight. I will start by defining what homonationalism means and then I will define what xenophobia means and talk about my own personal experience in the San Francisco Bay Area as a gay gender-nonconforming person from Africa. Homonationalism, according to Jasbir Puar in "Terrorist Assemblages: Homonationalism in Queer Times," is an understanding and enactment of homosexual acts, identities, and relationships that incorporates them as not only compatible with but even exemplary democratic ethics and citizenships. As gay people have become "normalized" in the American consciousness through recent historical milestones like the repeal of "Don't Ask, Don't Tell" in 2010 and legalization of same-sex marriage in June 2015 in my first year in America, these victories have created space for the homonationalist American, which involves conceptually realigning the ideas invested within the realm of LGBT activism to fit the goals and ideologies of neoliberalism and far-right. This reframing is used primarily to justify and rationalize racist and xenophobic perspectives. The word xenophobia means having or showing a dislike or prejudice against people from other countries.

Since Donald Trump became president, I have never seen as much hate being meted out against immigrants, let alone LGBT refugees and asylum seekers.

I have been forced out of work simply because I am a gay immigrant. I have been forced out of housing, harassed at school, and treated like a social outcast everywhere I go. I have a case pending with the Department of Fair Employment and Housing. I have been a target of police surveillance for months. It has been like a living hell in a sanctuary city. Most of my harassers happen to be gay men or transgender women. I think it is because my gender transcends the male and female gender binary. Homonationalism is real, and I see it everyday. The last time that I went to socialize in a gay-friendly environment I was verbally assaulted simply because I was talking to a handsome gay American. I tried to defend myself and then those gay men threatened to call the police on me and escorted me outside.

The reason why I am writing this is because we, as LGBT people, shouldn't be fighting each other or hating each other because that is what our homophobic enemies want from us. They want to divide us in order to conquer. Let's stop bringing each other down. Let's focus on the real enemies. We cannot claim to be human rights advocates while being racists at the same time.

Let us be the change we want to see in the world.