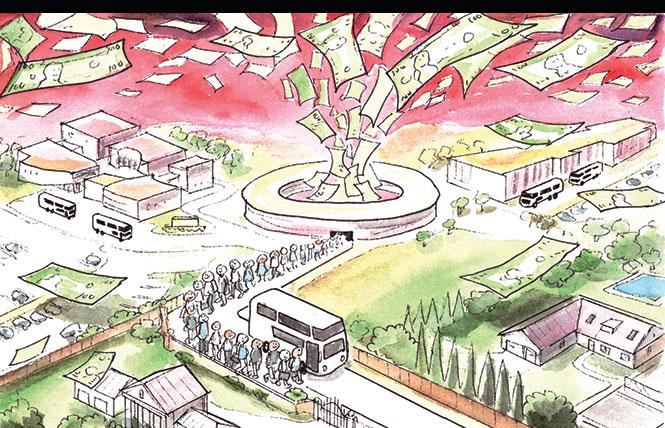 Less than half of LGBT households are homeowners, as saving for a down payment on a house is a struggle for many renters. According to research by Freddie Mac, LGBT households are 15 percent less likely to own a home compared to the national rate of 64.3 percent.

The issue is particularly acute in the Bay Area, one of the most expensive housing markets in the country. According to real estate website Zillow, the average cost of a San Francisco home is nearly $1.4 million.

To end the year, the Political Notebook asked graphic artist Alfred Twu, 34, to create an op-ed art piece on a topic of their choosing. Twu, a renter who just became president of the East Bay Young Democrats after coming up short in a bid for a Berkeley City Council seat last month, zeroed in on the housing crisis.

"It would be nice to one day do that. I just don't see it happening," Twu, who is nonbinary, said of buying a home someday. "The only realistic path to that is to get a lot more housing built and owner condos become cheaper."

"One thing I really wanted to make the point of is how all the time we talk about housing when the real issue we've got to look at is jobs and housing," said Twu, noting that "all these great jobs have come into the region, but we haven't built nearly enough housing and it spills over to one city after another." 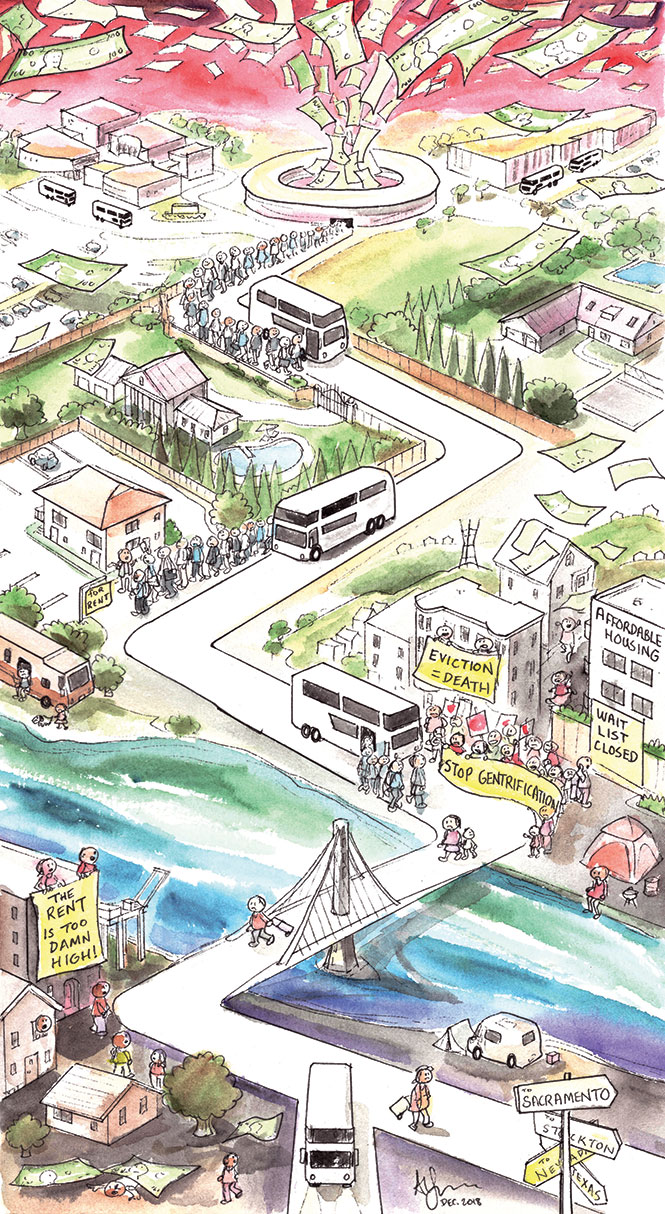