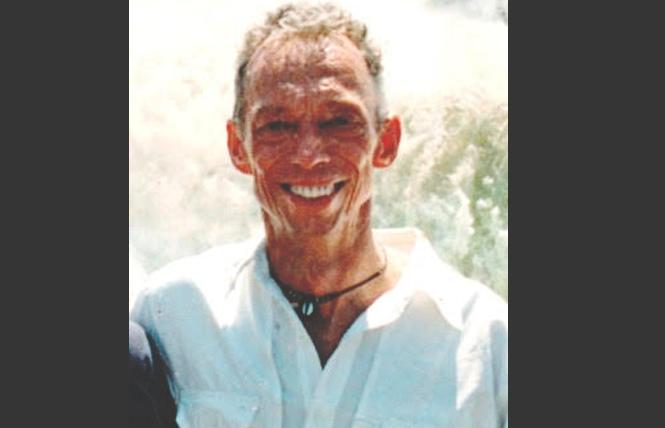 John Iversen, a gay man who fought for people living with AIDS and founded ACT UP/East Bay, died October 1 at Alta Bates Hospital in Berkeley after experiencing a massive stroke. He was 69.

In addition to his activist work, Mr. Iversen was a musician and songwriter.

After being diagnosed with HIV in January 1986, Mr. Iversen eventually had to stop working as the director of a senior center, where he had been for eight years.

It was during this time that Mr. Iversen waged a campaign against Qual-Med, a health maintenance organization, or HMO, because it wouldn't continue paying for medication to control his diarrhea.

The campaign consisted of newspaper ads and pressuring UC Berkeley and UCSF to switch health care providers; the University of California was Qual-Med's largest employee group.

"The day the full-page ads came out, they wanted to settle," Mr. Iversen said in the oral history, adding that the company settled with Mr. Iversen just before the ads ran and then settled with an HIV patient group shortly after.

He started ACT UP/East Bay in 1989, and Berkeley's needle exchange program a year later. At that time, syringe exchange was illegal.

"We went six months before someone was arrested," Mr. Iversen said in the oral history. "In Berkeley, we went through two trials. One was a hung jury, the second one was an acquittal."

Mr. Iversen also organized demonstrations against Bayer Corp. over the bloated price of live-saving medications and against restrictive government and corporate AIDS policies.

Darryl Moore, a gay man who is a former Berkeley City Councilman, said that Mr. Iversen would be missed.

"John was an amazing advocate and non-compromising activist in the LGBTQ community," Moore wrote in a Facebook message to the Bay Area Reporter. "His work on HIV/AIDS is legendary. He helped so many people by making the issue public and part of the public discourse."

Before Mr. Iversen's HIV diagnosis, he was diagnosed with Reiters syndrome, a form of rheumatoid arthritis. He said in his oral history that he woke up one morning and couldn't walk. He eventually began "hobbling," as he described it, and later his doctors found better medication that helped him.

Early life
Mr. Iversen, part Chippewa and a member of the Bois Forte Tribe, was born February 25, 1949, in Duluth, Minnesota. He went to the University of Chicago, where he participated in organizing against the Vietnam War, and subsequently went on to work with a community kitchen run by the Black Panther Defense Committee and a health center run by the Chicano Brown Berets.

He moved to Madison, Wisconsin, where he worked with the United Farm Workers and was later at Wounded Knee, in South Dakota, for six weeks supporting the standoff by the American Indian Movement, which was responding to an authoritarian reign of Wounded Knee.

He did a short stint at the Columbia School of Journalism before moving to Berkeley, where he performed with a partner at venues, including the Sutro Baths in San Francisco, as the Rhythm and Sleaze Revue. In the late 1980s he started a band called The Stickers, later renamed Dreams Die Hard. A song of Mr. Iversen's criticizing Oliver North, who was convicted in the Iran-Contra affair in the late 1980s (his conviction was later vacated and all charges against him were dismissed in 1991) gained some notoriety with campus radio stations and Dreams Die Hard performed around London after being contacted by Virgin Records.

In the 1980s, Mr. Iversen was on the steering committee for Service Employees International Union Local 535, where he helped win grievances against the city of Berkeley for under-payment of service workers. He also joined the contract negotiating teams for city workers.

Mr. Iversen became a lifelong supporter of Leonard Peltier, a Native American activist who was convicted of first-degree murder and sentenced to two consecutive life terms in the shooting of two FBI agents during a 1975 conflict on the Pine Ridge Indian Reservation in South Dakota. He unsuccessfully pleaded with former President Barack Obama to grant Peltier clemency prior to Obama leaving office.

In February, Mr. Iversen was one of three Wounded Knee 1973 veterans honored by AIM-West.

Mr. Iversen received other awards over the years. He was recognized by the California Nurses Association with its Patient Advocate Award in 1997. He received the Pryor Conrad Memorial Award from Gays and Lesbians Organized for Betterment and Equality in 1999.

Friends said that Mr. Iversen could be feisty, but was always engaged and active in a broad range of social justice issues. He was a pioneer in creating broad LGBTQ visibility, they said.

Mr. Iversen is survived by his mother, Alice Iversen, and brother, Paul Iversen, in Two Harbors, Minnesota, and a village of colleagues, family, friends, and loved ones.

Mr. Iversen's remains are being cremated. A public memorial is planned for the spring, friends said.

Individuals are encouraged to make a contribution in Mr. Iversen's name through taking an action for justice of their choice, or sending a donation to either the International Leonard Peltier Defense Committee (https://www.whoisleonardpeltier.info) or the work of Winona LaDuke, executive director of Honor the Earth (http://www.honorearth.org/).