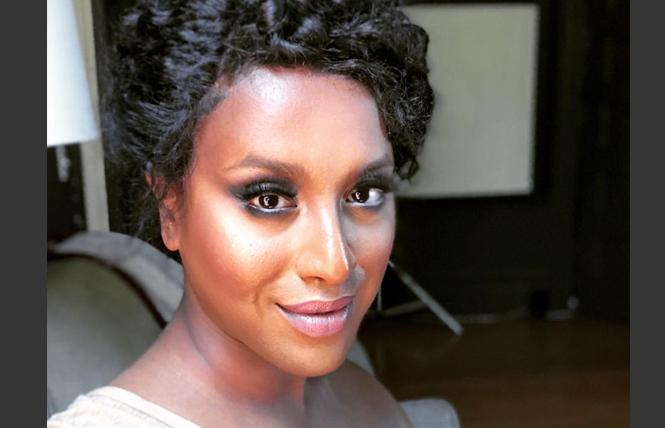 By endorsing in a number of Alameda County races last week, the Harvey Milk LGBTQ Democratic Club was met with condemnation from East Bay Democratic leaders.

As the Bay Area Reporter's Political Notebook reported last Thursday, the more progressive of San Francisco's LGBT political clubs held a special meeting Tuesday, September 11, in Oakland to vote on endorsing in races throughout Alameda County. But because the county's Democratic Party hasn't chartered the club, some viewed Milk's endorsements as illegitimate.

At the Alameda County Democratic Central Committee's endorsement meeting last Saturday morning, the local party chair and the leaders of two East Bay LGBT Democratic clubs denounced the Milk club and called on the candidates it endorsed to disavow the club's support if it wanted the local party's backing.

"We think it is a very dangerous precedent," said gay Emeryville City Councilman John Bauters, who chairs the East Bay Stonewall Democratic Club's political action committee. "It was designed to intimidate or extract concessions from LGBT officials. It is not an appropriate use of the endorsement process."

Cesar Zepeda, president of the Lambda Democratic Club of Contra Costa County, added, "We are in solidarity with our sister club."

Alameda County Democratic Party Chair Robin Torello accused the Milk club of "selectively" sending out questionnaires only to certain candidates instead of everyone in the race. Her motion asking candidates to eschew Milk's endorsement in their campaign literature and in public passed unanimously.

"I was a little upset, as you can imagine," said Torello, adding that the Milk club should "at least honor the process and get chartered through us at least."

She said she had spoken with her counterpart in San Francisco, gay former supervisor David Campos, who told her he would look into the issue. She added that another person close to Campos told her that he had told them he wouldn't do anything to reprimand the Milk club and added, "Welcome to San Francisco politics."

"I am saying, well, welcome to Alameda County politics," said Torello. "I said, 'How would you like 22 of our Democratic clubs coming into San Francisco and making a mess of your Democratic process?' And we could do that."

The comments at the meeting led local union leader Gabriel Haaland, a transgender man who once led the Milk club, to warn in a Facebook post that the Alameda County Democrats had "declare(d) war" on the Milk club and were "bullying queers."

"The chair of the Alameda Democratic Party is trying to decharter the club, and threatening people in the East Bay who seek our endorsement," wrote Haaland, who lives in the East Bay. "Dechartering would end our existence as a Democratic club."

In an interview Monday evening, Campos told the B.A.R. that Torello had called him last week and brought up dechartering the Milk club. He said he told her he would look into what happened.

"She was very rude to me on the phone. She said to me if she were me, she would move to decharter the Milk club," said Campos. "I told her, in all due respect, I would ask you to focus on doing your job of being chair of the Alameda County DCC and let me do my job as chair of the San Francisco DCCC."

Under the bylaws of the San Francisco Democratic Party, the only reason to rescind a chartership of a Democratic club would be if it endorsed a candidate in a partisan race who was not a registered Democrat or if it failed to file the required financial disclosure forms. In this case, the Milk club did neither of those things, and Campos said he has not received any formal request that the SF DCCC move to decharter the Milk club.

"As a general rule, I do think clubs should focus on doing work within their jurisdictions," he said.

Campos told the B.A.R. that he has suggested that the Milk club form an East Bay chapter and seek to have it be chartered by the Alameda County Democratic Party.
"I would hope to see that happen and that they would encourage that instead of trying to alienate the Milk club," he said of Alameda Democrats.

Torello told the B.A.R. this week that she has no plans to seek dechartering of the Milk club. Asked if she would entertain a request to charter the group in her county, Torello said she would.

"We are open to that. I am just curious as to why they want to form a chapter. We have Stonewall in Alameda," said Torello, adding that, "I just want our clubs to be respected and I want the process to be upright."

Milk club Co-President Honey Mahogany defended the club's endorsement process in the East Bay races, which the club in August voted to conduct. The reason, she explained, is many Milk members have been priced out of the city and now live in the East Bay.

The club, she noted, posted about the East Bay endorsement meeting on its social media pages and included in its emails to members the link to its website where candidates could download its questionnaire.

Mahogany told the B.A.R. that she had fielded complaints from several out East Bay candidates and others a week prior to the endorsement meeting, thus they still had time to submit the questionnaire in order to be considered. Candidates who did not do that were ineligible for Milk's endorsement.

"Clearly, the LGBT candidates did hear about it," said Mahogany.

With the club focused on the November elections, and then electing new leaders in January — while Mahogany plans to seek another term as co-president, her colleague Carolina Morales does not — it wouldn't seek chartership in Alameda County until 2019 at the earliest, suggested Mahogany.

"If anyone is criticizing a Democratic club for having opinions about Democratic candidates, even in other districts, that is questionable. Why would that be cause for a Democratic club to be dechartered?" she asked. "I hope saner minds are prevailing and hope there is room for more Democratic clubs in the East Bay. We need all the help we can get for organizing."

Andy Kelley, a gay man who is vice chair of the Alameda central committee, told the B.A.R. this week that, "at this time," he is not supportive of seeking to have the Milk club be de-chartered. Rather, he said he would assist Milk club members living in the East Bay who want to form a chartered organization in Alameda County as long as they agree to work within the local Democratic Party's guidelines.

"I've been in contact with leaders of both clubs and am working to bring folks together in the hopes of finding a constructive pathway forward," wrote Kelley in an emailed reply to the B.A.R.

He noted that one of the greatest strengths of the LGBT community is its diversity, especially in Alameda County.

"LGBT Democrats throughout the East Bay should feel empowered to organize clubs and create spaces where they feel at home — and be welcomed by the Democratic Party when they do," wrote Kelley. "Many years ago when I first came out, Stonewall provided that home for me and an invaluable connection to LGBT elders and a sense of community I had yet to otherwise find."