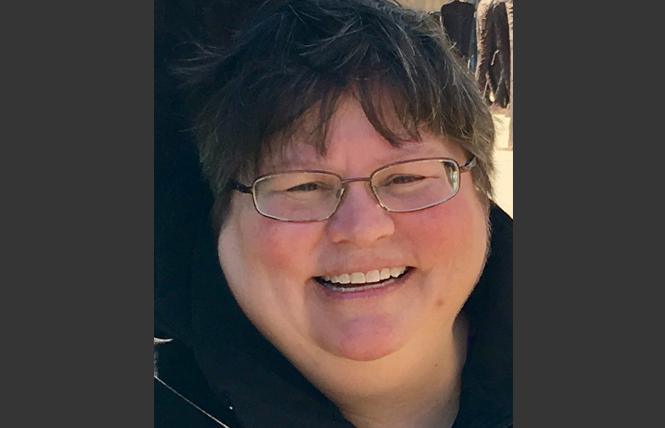 Award-winning lesbian journalist Tracy Baim has been named publisher of the Chicago Reader, a 46-year-old weekly alternative newspaper known for its long-form and investigative journalism and coverage of the arts, particularly theater and film.

Baim, 55, began writing for the gay press in 1984, just a month out of college, when she joined Gay Life. The following year, at age 22, she founded Windy City Times, where she most recently was publisher and executive editor.

Beginning October 1, Baim will step away from the day-to-day responsibilities of Windy City Times, a free weekly paper, but will remain a major investor with the title of president of Windy City Media Group.

Baim's appointment at the Reader follows an agreement between the Chicago Sun-Times, its owner, and a private investment group that purchased the weekly earlier this year.

The Reader has a print run of 50,000 and Windy City Times, 10,000. Both have "a strong online readership and social media presence," Baim said in a telephone interview.

Expressing her enthusiasm and optimism for the new position, Baim said, "My 34 years in the LGBTQ news business will be very valuable in helping us to save the Reader. The entire newspaper industry has been going through a major transformation and the alternative press and LGBT press have a lot more in common these days. Both are struggling to reidentify and reinvent themselves for a younger audience, as well as for the digital future."

She said that she's excited about her new role.

"I feel like I've been on a Triple A farm team, which often did not get the respect it was due" by the mainstream press, she said. "My time with the LGBT press gave me the connections and confidence to take on the huge challenge of publishing the Reader."

Most importantly, said Baim, "Windy City Times is in great hands with an experienced team in place to run the day-to-day operations."

Baim hopes to announce a new executive editor for the Reader this month and plans to add new freelance reporters to its stable of contributing writers.

"The Reader is an iconic media company and is a critical voice in Chicago," she said. "I look forward to continuing its tradition and expanding its reach."

"For decades, Tracy has chronicled the contributions of LGBTQ people from the helm of the Windy City Times," Ziri stated. "Her leadership has provided invaluable coverage of and insight into our lives and experiences at a time when many mainstream media sources would not report on the LGBTQ community. We know she will be an excellent publisher of the Chicago Reader and wish her the best in her new role."

Baim received the 2013 Chicago Headline Club Lifetime Achievement Award for her 30 years in journalism and, in 2014, was inducted into the National Lesbian and Gay Journalists Association Hall of Fame.

In 2018, Baim was inducted into the Chicago chapter of the Association for Women Journalists Hall of Fame. She has also won numerous LGBT community and journalism honors, including the Community Media Workshop's Studs Terkel Award in 2005.

Baim has written or edited 12 books. Her most recent book is "Barbara Gittings: Gay Pioneer." Her other books include "Gay Press, Gay Power: The Growth of LGBT Community Newspapers in America;" "Obama and the Gays: A Political Marriage;" and "Out and Proud in Chicago."

She was executive producer of the lesbian film "Hannah Free," starring Sharon Gless, and "Scrooge & Marley." She directed and produced e. nina jay's "Body of Rooms" film. She is creator of "That's So Gay," an LGBT trivia game.

Baim is the founder of the Pride Action Tank and the Illinois LGBT Chamber of Commerce. She was also co-vice chair of Gay Games VII in Chicago, and in 2013 was founder of the March on Springfield for Marriage Equality.

She received the American Institute of Architects-Chicago Presidential Citation Award in 2016 for her work on tiny homes for the homeless. Additional awards include those from the Chicago Coalition for the Homeless, the LGBT Chamber of Commerce of Illinois, and Unity Parenting.