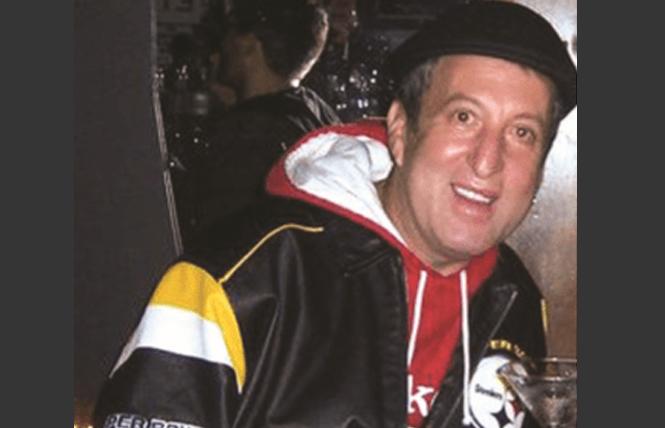 Born on June 21, 1958 in Charleroi, Pennsylvania, Jim was the son of James L. Manges Sr. and Grace M. (Mendarino) Manges. He was preceded in death by his grandparents, John and Pauline Manges, and Carl and Josephine Mendarino.

Jim attended high school at the Library of Congress in Washington, D.C., where he was a 1976 graduate of the former U.S. Capital Page School of the U.S. House of Representatives. He was senior class president and was awarded the prestigious role of being the personal page for then-Speaker of the House Carl Albert. Jim had the honor of delivering his senior class commencement speech in the White House Rose Garden. He was a 1981 graduate of Georgetown University with a bachelor's degree in government.

In the mid-1980s, Jim relocated to San Francisco for a paralegal career at a bankruptcy law firm. Upon retirement he became a professional bartender at the Cinch Saloon where he developed wonderful friendships with individuals that became his second family. Jim was well known around San Francisco as a faithful Pittsburgh Steelers fan, always sporting Steelers black and gold attire. Oftentimes folks would beckon, "Hey Pittsburgh!" as he walked down the street. A true foodie nicknamed "Sir Lunch-A-Lot," Jim enjoyed gourmet cooking and loved to dine in numerous restaurants. His passion for food led to him developing a personal friendship with world-renowned chef Julia Child, spending time cooking with her at her California home. He loved to travel, and visited many countries, and would vacation in Puerto Vallarta, Mexico twice a year.

Donations in memory of Jim can be made in his honor to Maitri Compassionate Care, 401 Duboce Avenue, San Francisco, CA, 94117 or www.maitrisf.org.