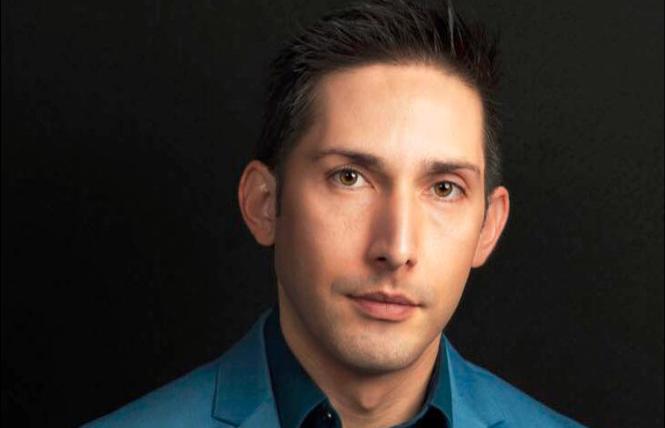 The state's main LGBT advocacy group has endorsed two out candidates running in the East Bay this November, as well as a queer woman running to represent San Francisco on the board that oversees the regional BART transit agency.

Equality California will only consider endorsing LGBT candidates seeking local offices, unlike with state and federal races where it does endorse straight candidates supportive of LGBT rights.

Lesbian Berkeley City Councilwoman Lori Droste secured EQCA's support in her bid for re-election to a second four-year term. One of two out council members, Droste holds the District 8 seat and lives with her wife, Carrie, and their two young children, Simon and Cora, in the city's Elmwood district.

Running against her are planning commissioner and attorney Mary Kay Lacey, green transportation designer Russ Tilleman, and Alfred Twu, a designer and artist who is nonbinary. The East Bay Stonewall Democrats, the LGBT political club for Alameda County, last month early endorsed Droste in the race.

EQCA also announced August 28 that it had endorsed Cesar Zepeda in his second campaign for a seat on the Richmond City Council. In 2016 he lost his bid to become the first out gay man elected to his city's council and only its second LGBT member, after lesbian Councilwoman Jovanka Beckles, who is running in November for the Assembly District 15 seat.

Her council term expires in January, and Beckles' seat is the only one of the three on the November ballot that is open. The other two incumbents are seeking re-election to their council seats, which are voted on citywide, and there are 11 other candidates in the race.

In the race for the District 8 seat on the BART board, EQCA endorsed Janice Li, a queer bicycle advocate. She is vying to succeed the current officeholder, Nick Josefowitz, who is running for San Francisco supervisor in District 2.

William Walker, a gay man who was a student trustee on the college board but lost his bid for an elected seat on the body, is also seeking the BART seat, which includes three of the city's BART stations at Embarcadero, Montgomery, and Balboa Park.

There are already two out members on the nine-person BART board: gay District 9 Director Bevan Dufty of San Francisco and lesbian District 3 Director Rebecca Saltzman, whose district includes parts of Alameda and Contra Costa counties.

Last week, EQCA endorsed 10 openly LGBTQ candidates running for local office around the state. The list included Jason Galisatus, a gay man running to be the first out council person in Redwood City, and Cabrillo College Board of Trustees appointee Adam Spickler, who ran unopposed for the Santa Cruz seat and will become the first transgender man to hold public office in California when he is sworn in later this year.

"California is ready for a 'rainbow wave' of openly LGBTQ leaders to claim their seat at the table this year and fight for full equality at all levels of government," stated Equality California Executive Director Rick Zbur.

Injury besets gay school board candidate
Ray Mueller, a gay man running for a seat on the Alum Rock Union School District board in San Jose, has had his campaign plans upended by a shoulder injury.

After marching in the Silicon Valley Pride parade Sunday, August 26, Mueller and his son were leaving the festivities when he took a misstep and stumbled off the sidewalk. He fell and broke his right shoulder.

He spent the night being treated at Santa Clara Valley Medical Center Express Care and was put on bed rest for a week. While he is not suspending his campaign due to the injury, Mueller is cutting back on his in-person voter outreach efforts.

"It would take more than a busted shoulder to get me out of this race, and I'm almost certain there's nothing that would hold me back. Our son's schools are that important to me," Mueller told the Bay Area Reporter. "I'm on rest for now, out of work for the week, but I will be back out on the doors soon, but knocking with my left hand. This is going to keep me off the doors a bit, so the importance of mail has increased, and I'll be making lots of calls too."

To help him bolster his ability to reach voters by mail, Mueller asked his supporters last week to contribute to his campaign. He is planning to hit the campaign trail again with a "day of action" on September 22, kicking off with a volunteer rally that morning and an afternoon fundraiser hosted by a number of his LGBT supporters.

Lesbian lobbyist joins SF firm's Sacramento office
Alice Kessler, a longtime lobbyist for LGBT issues in the state Capitol, is now partner in the Sacramento office of Lighthouse Public Affairs, which was started in San Francisco.

As the B.A.R. first reported on its website Monday night, Kessler, 40, a lesbian mom of a 6-year-old daughter, started her new job Tuesday, September 4. She left the Sacramento-based legislative and regulatory advocacy firm DiMare, Brown, Hicks & Kessler, where she had been a managing partner.

EQCA's outside legislative director the last six years, Kessler will continue to serve in that role now that she is with Lighthouse.