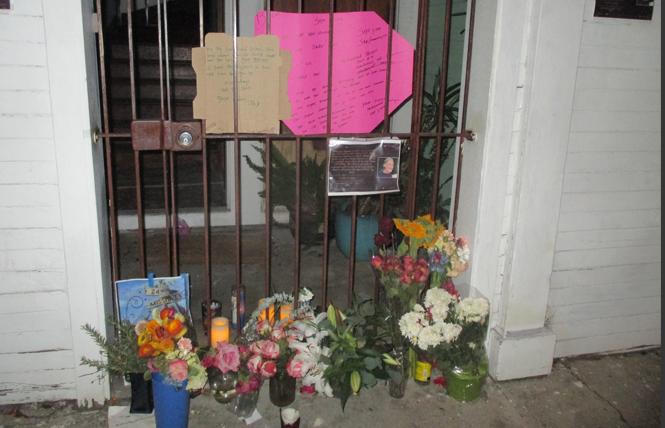 As friends and neighbors of Brian Egg are preparing to gather next week to remember the man whose headless torso is believed to have been found in a fish tank in his home, serious questions are being raised over whether the San Francisco Police Department's early inaction in the case effectively jeopardized the department's current homicide investigation.

"I am ENRAGED about the police response to this case," a woman wrote on a thread about the case on the Nextdoor social media site after the story broke last week. "Multiple reports were made to the police about this!!! What more could a neighbor have done if the police were not willing to take this seriously??? This is appalling!!!!"

Echoed Jamie Whittaker, a gay former District 6 supervisorial candidate who is known for his grassroots work in the South of Market area: "If this doesn't alert everyone that SFPD is asleep at the wheel and just cashin' paychecks, forget It. Burglars/trespassers just explain, "Oh, the owner is on vacation??" Wow. No words."

Egg's longtime friend and neighbor, Scot Free, started the Nextdoor posting August 2 to rally support to help find Egg after police did nothing other than knock on Egg's door and then told neighbors that Egg was out of town, information that police had apparently received from Egg's answering machine. But neighbors and relatives told the Bay Area Reporter that the message in itself was very suspicious because Egg never used an answering machine before and the message wasn't in his voice. Egg's brother, Devon Egg, told the B.A.R. that after getting the answering machine once, he called back and talked to a man who said that his brother was walking his dog and would call right back. No one called back.

Police said that they got calls from neighbors in late July and took a missing persons report from Egg's sister August 7. They went by the home twice in July and again on August 7. Each time, officers knocked on the door and left when there was no answer. Despite neighbors reporting suspicious activity at the home, the police never characterized Egg's disappearance as suspicious and never attempted to enter the home.

Neighbors said shortly after either the first or second time police knocked on the door, there were signs that someone was frantically cleaning the home with bleach. Soapsuds could be seen leaking from the front of the house and the front door was painted. A notice posted last week on the home warned of a spike in water usage, which a neighbor believes was the result of a squatter in the home trying to flush away evidence.

One of the two men arrested, Robert McCaffrey, 52, was freed, the second, Lance Silva, 39, was held in Alameda County on a parole violation. According to a charging document, that parole violation stemmed from Silva using Egg's credit card to buy a used car for $5,500 June 1, and again using the card to pay a crime scene cleanup company to clean Egg's house August 14. Police finally searched Egg's home when they were alerted by neighbors after that crime scene crew showed up. Three days later they discovered human remains in a large fish tank that was hidden in the home. Police are awaiting a DNA test before they positively identify the headless corpse.

Free told the B.A.R. that Silva was the man he saw squatting in Egg's home. Silva declined a jailhouse interview, telling a reporter "I just want to talk to my lawyer," before hanging up a phone receiver and walking away at the Santa Rita Jail in Dublin.

Silva has a previous criminal history in Alameda County. In 2015, he was sentenced to six months in jail and ordered to pay back $43,380 he stole from the retirement accounts of four employees of the National Upholstery Company, a company that is no longer in business that he once owned. Silva is on probation for that grand theft conviction until May 2020.

Vigil planned
Friends and neighbors are planning a vigil to remember Egg Tuesday evening, September 11, on what would have been his 66th birthday. It will be held in front of his home at 228 Clara Street, near 5th and Harrison streets, where he had lived for more than 40 years. The vigil is scheduled to run from 7:25 until 8:45 p.m.

Since news of the case broke last week, a growing memorial appeared at the metal security gate in front of Egg's home. The door that neighbors observed being painted is missing, exposing the staircase leading to the second floor of the home. Police may have removed the door as evidence.

By Monday evening, September 3, more than a half dozen bouquets were in place by the metal gate and about as many candles were placed just inside the gate. Announcements of the vigil were placed in the middle and on both sides of the gate. Several messages of condolences were written on heavy construction paper and cardboard and woven in the gate. A white piece of paper with a printed sentence that was held in place by two bouquets probably best summed up the neighbors' sentiments: "His life was as beautiful as his death was ugly." 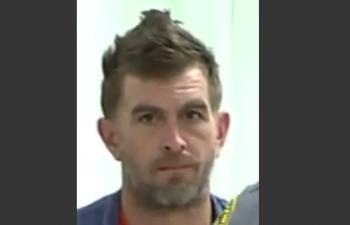 Criticism intensifies
The neighbors' criticism of police intensified after the remains were found in the home last month. Several told the B.A.R. they were falsely assured by police that Egg was on vacation, information that police apparently got from Egg's answering machine message.

The B.A.R.'s calls, emails, and tweets to San Francisco Police Chief William Scott and other city officials were not returned by press time. But in a news conference last week, police defended the department's response to the case.

"That doesn't sound like a welfare check, that sounds like a waste of time," the reporter said. McEachern reiterated that police didn't consider Egg's disappearance suspicious and without that suspicion, no further action was warranted. Earlier in the news conference, McEachern said Egg had last been seen in late May or early June.