Choose your own adventure in hip Portland 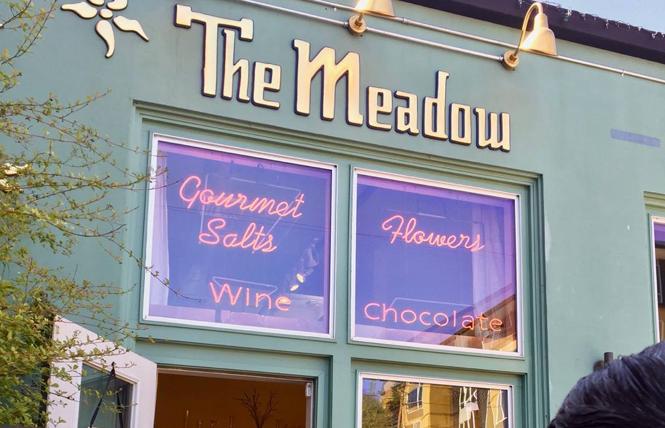 Portland is booming and the Pacific Northwest city is attempting to hold onto its unique, quirky vibe that makes it such an original and cool place to visit.

I love "The City of Roses." It's a fun, laidback, culturally interesting city that encourages exploration from your taste buds to original local products to the great outdoors.

Locals love Portland, too, and are quite passionate about praising its charms.

"I've watched Portland go from this weird industrial town ... to being this bustling metropolis of, like, culture and art and things happening all the time," said Belinda Carroll, a 42-year-old lesbian native who is the co-founder of the Portland Queer Comedy Festival (https://portlandqueercomedyfestival.com).

"I think what I love about Portland is the mixture of, like, the new people and the old guard that are still hanging out and you've got this really interesting counterculture and really interesting art scene," she continued. "It's fun and there's a lot of really good food."

Emma Mcilroy, 34, is a bisexual woman who is co-founder and CEO of Wildfang (www.wildfang.com), a gender-nonconforming and feminist apparel boutique.

"Portland is such a fun city," said Mcilroy. "I guarantee you will have a good time."

Mcilroy loves Portland and feels the city has embraced her, as well as her shop. She enjoys the city's restaurant and cocktail scene and the wide variety of ways to work off all that good food with golf, hiking, and running. There are quick jaunts to the ocean or Mount Hood for year-round skiing and snowboarding.

I did have a good time during a recent visit. I explored Portland's red-hot culinary scene and checked out three levels of exhibits at the Oregon Historical Society (http://www.ohs.org). I took walking tours, hiked through the Portland Japanese Garden (https://japanesegarden.org), and chased waterfalls with my friend in the Columbia River Gorge National Scenic Area (https://goo.gl/BK9iEJ). 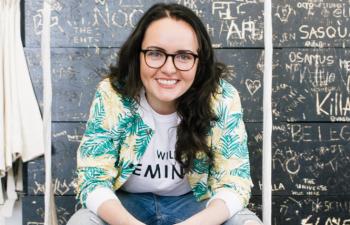 Where to eat and drink
Competition for locals and visitors' palates has only grown since my last visit a couple of years ago. The city is renowned for its culinary scene, from its world-famous food cart revolution that started back in the 1980s to its robust restaurants with notable chefs going back to the late Portland-based James Beard, for whom the culinary world's top award is named.

The rapid changes happening in the city are having a huge impact on Portland's dining scene. Not only are there a bevy of new restaurants, it's hard to get into any eatery without a reservation. Simply walking up to a restaurant can cost you an hour and a half of your time just to get seated as I learned at Perlot (formerly Southfork) (http://www.southforkpdx.com). The restaurant, which serves up American South dishes, is located far away from downtown in the Beaumont-Wilshire neighborhood, but it was packed, even in the waiting area where cocktails were being shaken and stirred for would-be diners.

Furthermore, I learned during the Forktown food tour (https://forktown.com) that the booming economy is threatening the food cart scene as building developers move in, evicting the carts dishing out innovative and inexpensive eats. The threat makes food cart owners' dreams of making it to brick-and-mortar restaurants ever more pertinent, and food cart lovers nervous about what's going to happen to this beloved segment of Portland's food scene.

My dish-to-dish journey began early in the afternoon. I headed directly for the new Pine Street Market (http://www.pinestreetpdx.com) in downtown Portland near my hotel. I wasn't as thrilled with my lunch choice - a thin crust pizza that was so hot there was no flavor, even after it cooled off a bit. Perhaps I chose poorly, or call me spoiled, but the food hall selections simply didn't inspire me in comparison to San Francisco and New York food halls. I left disappointed.

Lunch was redeemed a day later at the Portland Japanese Garden's Umami Cafe (https://japanesegarden.org/umami-cafe), which served traditional Japanese food rather than sushi. It was a perfect way to end a walk through the garden in the wide-open dining room that overlooks the entrance.

Dinner and brunch in Portland were my favorites. I started my nocturnal culinary adventure with James Beard Award-winning chef-driven Bistro Agnes (http://www.bistroagnes.com), a charming Parisian-inspired restaurant, and Nostrana (https://nostrana.com), an Italian restaurant. I enjoyed magical nights sitting at the bars of each eatery, indulging in food that was nothing short of wonderful. Each dish served, from onion soup with gooey cheese floating in the rich broth to the gnocchi, was bursting with flavor and fulfilling. I enjoyed wines that perfectly complemented the entrees.

On another evening, I enjoyed prosciutto wrapped asparagus, fried cauliflower, and crab cakes, steak and more at Carina Lounge (http://www.carinalounge.com) in the trendy Northwest-Nob Hill neighborhood with my friend. The Mediterranean-inspired small plates hit the spot as my friend and I enjoyed every bite. We followed up that experience by going east the following night, dining at Nimblefish (http://www.nimblefishpdx.com), a high-end sushi restaurant in the Hawthorne neighborhood. Unfortunately, while it was very good, we left still hungry. We did something neither of us have done before, we ducked into a neighboring burger place after dinner.

If breakfast or brunch is your thing, Screen Door (http://screendoorrestaurant.com) is the spot in Portland. It is worth getting up early and waiting for the doors to open, even if standing in line for an hour to eat isn't something you do. The food was overabundant and indulgent but sinfully delicious, from its gigantic bananas foster French toast to the eggs sardou served with a bowl of cheesy cheddar grits to the glazed smoked cheddar and bacon hushpuppies. The meal prepared my friend and me for a day of shopping.

Perhaps the best way to experience Portland's food culture is to take a food tour or attend Feast Portland (www.feastportland.com), which takes place September 13-16. The festival launched in 2012 and is led by the married lesbian team of Carrie Welch and Jannie Huang, who co-founded the festival with their friend, Mike Thelin. It exploded onto the city's gastronomic turf and officially put Portland on the culinary map as a foodie destination.

Portland is also well-known for its microbrewery scene, which is a boasting point for local beer lovers.

"We are number one in the world for microbreweries per capita," Arielle Adkin, tour operations manager of Forktown, told our group as we sipped Double Mountain Brewery's Vaporizer Hop Ale during a tour that visited six different culinary establishments.

The city is also sipping distance from the Willamette Valley (http://willamettewines.com/), Oregon's wine region known for its pinot noirs. Spirits are also hitting the scene as distilleries have been emerging within recent years.

Shopping
Carroll, the queer comedy festival founder, couldn't be prouder of her hometown as it's a place where women and queer people can thrive.

"I think that's different than a lot of the country," said Carroll, about the atmosphere that fosters the kind of support she and other queer and women entrepreneurs have enjoyed in the city.

Portland is where she felt she could launch her festival, a four-day event that attracted nearly 2,000 attendees and featured 50 LGBT comedians. The festival recently wrapped up its second successful year.

"We have one of the best open LGBTQ communities in the country," said Carroll. "You can actually come to Portland and have a good time and go places and visit them and you don't have to be really worried about where you are and what you're doing.

"It's a good time to be in Portland for sure," she added.

The "creative vibe" is happening, she noted. "We're just a hotbed of that right now, which is cool."

I left Portland a little poorer, not only because of all the great food and wine, but because the city made the feminist shopper in my heart sing.

I more than perused Wildfang, which opened five years ago as a part of a wave of gender-nonconforming clothiers and boutiques. I walked out with a bunch of feminist-themed gifts for myself and friends. Around the same time Wildfang roared onto the scene similar shops opened in San Francisco, Oakland, and across the country in Brooklyn, but many of the clothing brands and stores have since closed.

The last store standing from that wave of "gender x" designers, Wildfang, has successfully ridden the gender non-conforming and feminist waves.

Co-founders and former Nike executives Mcilroy, a transplant from Northern Ireland via London, and Julia Parsley don't shy away from their feminist and progressive political values. They use the store and its fashions to speak out, including its "Wild Feminist" line. They turned first lady Melania Trump's "I really don't care, do U?" jacket into a statement with a line of jackets and T-shirts that read, "I really care, don't u?" The fashion line sold out within an hour of its release in June.

The store, located diagonally across from Powell's Books (http://www.powells.com) and across the street from MadeHere PDX (https://madeherepdx.com) in the Pearl district, also serves as a sounding off point with "get out the vote" events and other feminist and political events that keep shoppers coming in for more than just new duds.

MadeHere PDX sports cool clothes, bags, home goods, and makeup for the eco-feminist and women of color all made by Portlanders.

South of Powell's Books on Burnside Street is another great shopping spot, Union Way, where Danner Boots (http://www.danner.com) and other fine leather footwear and clothing can be found.

The Pearl district has long been known as a magnet for artists, designers, crafters, and other creative entrepreneurs, but these trendsetters have moved beyond the downtown niche into other neighborhoods, most notably Hawthorn, Mississippi, and Nob Hill.

Tanner Goods (http://www.tannergoods.com), another great leather goods shop, can be found in the Mississippi neighborhood, along with the Meadow (https://themeadow.com), a culinary shop specializing in salts and other unique cooking ingredients, and other boutiques offering unique items.

Nob Hill offered a trendier shopping experience, with a mix of brand name stores and boutiques.

Get outdoors
Portland is home to more than 152 miles of trails that are easily accessible by public transit or a short drive.

Just off the freeway are short trails that take you away from the hectic pace that is taking hold in the city and lead to incredible waterfalls. Many of the trails were still closed due to the wildfires along the Pacific Crest Trail (http://www.pcta.org), and other fires in the Columbia Gorge area. The Pacific Crest Trail is celebrating its 50th anniversary this year.

For more urban hikes, Portland offers many options, from the aforementioned Japanese Garden to trails in Washington Park to Portland Walking Tours (http://www.portlandwalkingtours.com), where I delved into a deeper understanding of the city's rich history and Portlanders' sense of being with our tour guide, native Portlander Dianne Johnston.

Where to sleep
New hotels are enticing visitors to Portland. I stayed at the newly opened the Porter Portland (https://goo.gl/MAemWr), and the Duniway (https://goo.gl/9Fs19b), another boutique hotel. Both are part of the Hilton brand.

The Porter Portland was so new the finishing touches of construction were still underway during my visit earlier this year. It also boasted an indoor swimming pool with an outdoor patio to sit and relax in following a swim, spa treatment, or workout.

Both hotels were easily within walking distance of many restaurants and activities downtown.

Another great property is the Hotel Vintage Portland (http://www.hotelvintage-portland.com). The hip Jupiter Hotel (https://jupiterhotel.com), a longtime LGBT traveler favorite, is located on the other side of the Burnside Bridge.

Portland has always been very easy to get around in due to its great public transit system the TriMet (http://trimet.org). However, for the app savvy, Uber is readily available, along with the city's cabs.

I only needed a car when I ventured beyond the greater city center toward the farms and suburbs and the Columbia Gorge. For these adventures, I simply used a rental car.