Transmissions: Trans spirits in the wires 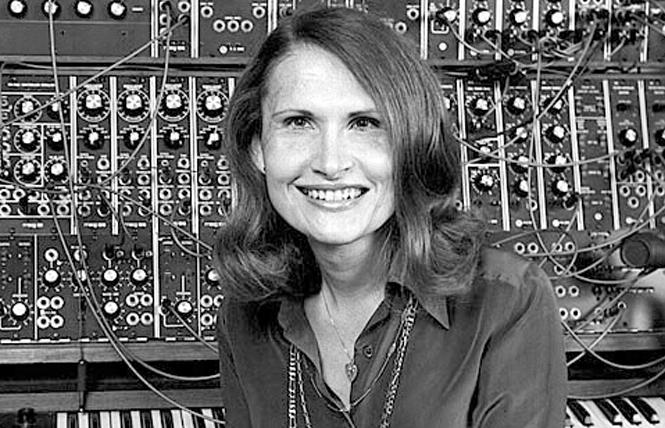 There is an irony: I have been an out trans woman for nearly 25 years, having started on this path in 1993 and beginning my public transition in 1995. In all that time, so many around me viewed my transition - and by extension, transgender people overall - as something new and previously unseen.

This perspective remains today with people claiming that transgender identity and expression are part of a new "trend," brought forth by the availability of content on the internet discussing transgender lives. It is as if the notion of trans identities sprung forth, fully formed, only as far back as the era of the Y2K bug and brightly colored iMac computers.

The whole idea of transgender lives being some trend or phase that somehow didn't exist prior to the turn of the most recent century is to erase a long and varied history that stretches back hundreds of years.

In my lifetime, I have had the good fortune to watch the transgender community grow. We used to be seen, but rarely, whispered about around the water coolers of the world. Our numbers were smaller then, as far as people who were able to grasp that they were transgender, and were able to access care.

What's more, we were encouraged to hide, even after transition, closing off the ability to grow a generational knowledge among other transgender people.

Today, we see a vibrant and growing community, rallying under increasingly familiar banners, and developing a culture of our own.

When I was a child, many years more than I'd care to admit, transgender people were known. I secretly read the interview with electronic music pioneer Wendy Carlos in a 1975 Playboy magazine. I also remember hearing about Renee Richards in the news, and her fight to be recognized as a woman in the 1976 U.S. Open.

I grew up watching one of the first ham-fisted attempts to portray a transgender person in a sitcom, that of Jodie Dallas on "Soap," a gay man who was seeking a sex-change operation in the earliest episodes of the show.

I was born a year after Dr. Harry Benjamin's book, "The Transsexual Phenomenon," hit bookshelves, a text that was in part influenced by Benjamin's most famous patient, Christine Jorgensen. She was front-page news back in 1952.

Benjamin's roots go back much further, as he studied under Dr. Magnus Hirschfeld. Hirschfeld penned the book "Die Transvestiten" and pioneered the study of transgender people until the rise of Nazi Germany caused the destruction of his institute in Berlin.

Hirschfeld did not invent transgender people, but merely chronicled their stories and applied a name to what already had long existed. There are stories of historical figures long before then, though most are lost in the ashes of history.

Suffice it to say that transgender people have likely existed for as long as there were people - and that we have had an uphill battle for acceptance for just about as long. It's not so much an issue of transgender people having no history: it is that our history has been hidden in shadows.

While the most blatant example of this is Hirschfeld's institute going up in flames prior to World War II, it's hardly the only case.

Likewise, trans people are no strangers to the ravages of anti-gay conversion therapy - an issue that has grown for transgender people while societal acceptance has grown for our gay and lesbian siblings.

Which leads us back to today, when people are again attempting to suppress transgender people and our rights, claiming that this long history is but a modern trend forged out of the internet.

I mentioned a couple of the scant examples of transgender identity I was able to learn of back in my youth, long before the easy access afforded by the internet. That there was so little information did not change who I was, but only limited my ability to discover more about myself, and move toward acceptance at an earlier age.

If anything, this notion of a trend is very much a cart before the horse situation. The internet isn't turning people transgender, but it is allowing transgender people to understand this facet earlier and better. We now have the ability to access more information than ever before, and this has fueled people being able to come out as transgender.

One more thing: I knew, as a child, that my parents were likely unable to accept me as a transgender person, so I kept my feelings well hidden. That I did not have a lot of access to resources likely played a part in this, but I know there are still plenty of trans people, especially trans youth, who are struggling with exactly how and when to come out to their parents.

When they finally do gain the courage to do so, their coming out may seem to be out of the blue, and might be mistaken as a phase of sorts. If it does, understand that it isn't that they have, somehow, magically become transgender, it's that they have finally shared something they have kept private, and that they may have felt they could not share with you before.

Indeed, they may have felt that you'd think they were only going through a phase, brought on by a computer connected to a modem.