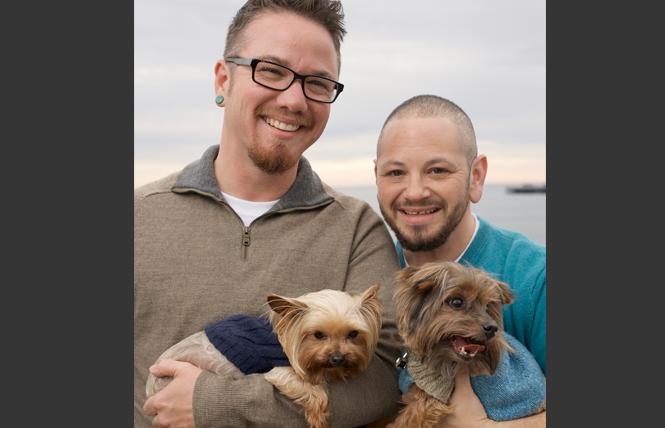 For most of the spring and summer Santa Cruz resident Adam Spickler waited for word about his political future. The first-time candidate for public office had informed a member of the Cabrillo Community College Board of Trustees in April that he intended to oppose him this year if he decided not to retire.

Several weeks prior to the August 10 deadline for Gary Reece, who represents the college board's Area II seat, to enter the race, Spickler heard rumors that the longtime education official wouldn't run. Those turned out to be true, as of 5 p.m. that Friday Spickler had been the only person to file for the race.

Since the incumbent chose not to run for re-election, the deadline for candidates wishing to seek his seat was extended until 5 p.m. on August 15. It meant another five days of waiting and wondering for Spickler, as speculation built if someone else would jump into the race.

"My work interferes with my ability to think about myself. I had several contract renewals to push over the finish line. It is a great way to not have to think about your problems," Spickler told the Bay Area Reporter.

His months of laying the groundwork for a fall campaign, from locking up endorsements and banking close to $10,000 in donations, discouraged others from also competing for the college board seat. At 5:01 p.m. last Wednesday Spickler received word from elections officials that he was the only person who had qualified for the race.

As the B.A.R. first reported on its website that evening, Spickler will now be appointed to the college board in lieu of an election. When he takes his oath of office, sometime in late November or early December, he will become the first transgender man to hold public office in California.

"Adam's experience and knowledge make us confident that he would be an outstanding member of the Cabrillo College Board who will fight for all students to get the education they deserve," stated Paul Escobar, president of BAYMEC, the political action committee focused on electing LGBT people in four South Bay counties that had early endorsed Spickler. "Adam is thoughtful, effective, dynamic and has been a champion for the Santa Cruz County LGBTQ community for years."

Spickler, 47, is married to Scottie Johnson, who is also a trans man and works as a medical assistant for the transgender health care program offered by Planned Parenthood in Santa Cruz. In a phone interview last Thursday, Spickler was still adjusting to the political turn of events.

"I am all right. When you spend so much time and energy and really want something, and are preparing for this run, and all of a sudden you don't have to knock on 9,000 doors, it is a shift," said Spickler. "It is a slide into it rather than a hard stop."

Of the historic nature of his becoming a member of the college board, Spickler doesn't take it for granted.

"I take it not lightly, and I also think there is some perception out there of, 'So what? So this guy is transgender and he is the first trans male elected, but what does that have to do with doing a good job on the college board?' I have heard that and I get that," said Spickler. "But what's so valuable of good leaders is when they come from and represent a minority group. You give permission, in a way, that no one else can to some marginalized kid out there. You give them permission to believe in themselves in a way they may not have prior to seeing you in a leadership position."

"I know Adam to be a man of integrity, compassion, capacity, and commitment," stated Monning, now a state senator and current Senate Majority Leader. "We are indeed fortunate that he is willing to serve our college and community."

A longtime LGBTQ activist, Spickler came out publicly as transgender in 2010. In a 2013 interview with the B.A.R., Spickler spoke for the first time about his transitioning while working for Monning. As the paper reported, he was one of two transgender legislative staffers to transition after being hired.

A foremost concern for him is ensuring the college district is offering certification programs in fields as varied as auto repair to health care. He plans to dive into the state's education code and budget prior to taking his seat on the board.

As for what his future political plans are - already people have been asking if he wants to follow his former bosses into the state Legislature - Spickler told the B.A.R. he has plenty of time to decide.

"I am doing this now because of Cabrillo, because I love this school, and I like the leadership experience it affords me," he said. "I am also one who tends to get involved on a board and stick around long enough to see a project come to fruition."

Should the opportunity to run for higher office present itself over the coming decade, Spickler said he would consider it. For now, his focus is on overseeing the community college district.

"I would like to do some significant things at Cabrillo," he said. "I don't want to just be a flash in the pan."