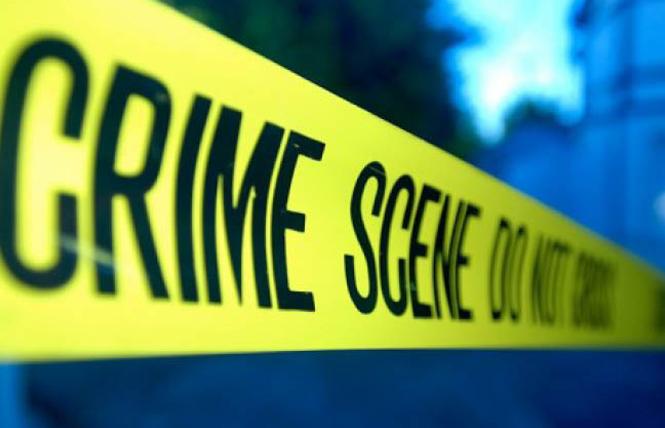 A gay man was found guilty of stalking and domestic violence against his ex-partner Friday in San Francisco Superior Court.

Joshua Elliott, 45, of San Francisco, will be sentenced September 21.

According to court records, Elliott was living with his partner for two months in 2017 before the partner broke off the relationship due to Elliott's possessive and controlling behavior, the DA's office stated.

An investigation by the San Francisco Police Department special victims unit found that Elliott purchased a GPS tracking device in December 2017 and attached it to the victim's car. The device is marketed to law enforcement personnel and civilians with interests in spyware and allows users to monitor its physical location.

Multiple incidents of stalking ensued, including Elliott appearing at the location where the victim was at his home in San Pablo, his work, his relative's residences, and followed him while driving.

In one incident in February 2018, the defendant followed the victim to work and waited for him in the parking lot. The victim then approached Elliott and recorded the incident on his cellphone. When Elliott noticed the victim recording him he "attacked the victim in an effort to get his phone. A struggle ensued, during which the victim sustained minor wounds to his hand and back," stated the news release.

"This victim was absolutely terrorized by his stalker, he was living in fear," said District Attorney George Gascón in the news release. "I commend him for getting out of an abusive relationship, and I urge anyone living in fear to come forward and to contact authorities. We are here to help."

The victim eventually discovered the GPS tracking device on his vehicle in February, but did not immediately remove it as to not warrant any violent action by Elliott.

Then, on March 9, Elliott sent a threatening text message to the victim saying, "Today was the day," and that this particular day marked the "turning point." According to the news release, the victim assumed this meant Elliott was planning his final attack and permanently removed the tracking device from his vehicle.

A string of incidents occurred on March 21 and 22 in which Elliott waited for the victim at his work parking lot. The victim called police and Elliott fled. The next morning, Elliott was parked at the victim's work, but again fled before police arrived.

Elliott was subsequently arrested on a DA warrant. According to the news release, the data records indicate that that Elliott used a geofence feature of the GPS software. It allows users to set up an alert system that notifies the user when the tracking device enters within a certain radius of specific locations.

"We all have the freedom to decide who we want to be with," Assistant District Attorney Courtney Burris, who prosecuted the case, said in the news release. "But when a decision to end a relationship is met with threats, harassment and intimidation, that is criminal, and there will be consequences."