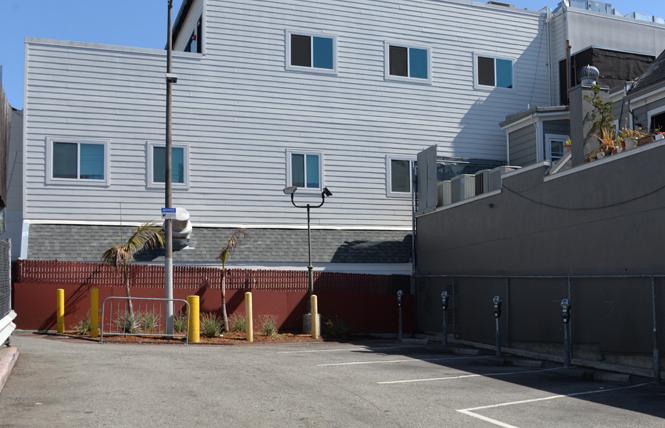 The man who was found unresponsive by San Francisco police early Friday morning and later pronounced dead has been identified by the San Francisco Medical Examiner's office as 48-year-old Corey Ahrens.

The San Francisco Police Department is still investigating what they have termed a "suspicious" death. Ahrens' cause of death is still unknown. He was from Roseville, California.

"We are still waiting on the [medical examiner's] report regarding the suspicious death," SFPD spokesman Officer Robert Rueca wrote Monday, July 2, in an email to the Bay Area Reporter.

Police responded to a call around 12:50 a.m. Friday about a person down on the ground in an alley/parking lot near 18th and Castro streets nearby several Castro gay bars. Officers who arrived on scene found an unresponsive man lying on the ground.

Aid was rendered to Ahrens, but he was later pronounced dead at the scene. KTVU Fox 2 reported seeing homicide detectives on the scene around 5:15 a.m.

Greg Carey, chief of the volunteer group Castro Community on Patrol, who has been in contact with SFPD regarding Ahrens' death, said the cameras recently installed in the Walgreens parking lot off Castro Street might have captured what happened. CCOP volunteers were not working Thursday night or Friday morning.

"If it is a homicide, we will try and seek witnesses and get as much information from people as we can," Carey told the B.A.R. in a phone interview.

Aside from this incident, which could possibly be determined a nonviolent crime, Carey explained that violent crimes in the Castro have recently been far and few between.

"Violent crimes have been virtually non-existent in the past few years," he said, though he added that car break-ins and petty theft are still a significant problem.

CCOP has recently partnered with SFPD and the Sisters of Perpetual Indulgence to launch a new campaign called "Safe Clubbing," that aims to remind clubgoers to be safe while enjoying nightlife. The volunteer group is asking bars and clubs in the Castro to hang posters that warn people about pickpockets, assaults and hate crimes, car break-ins, street robberies, and "roofied," or spiked drinks.