Out in the World: Singapore high court rules to keep law criminalizing gays 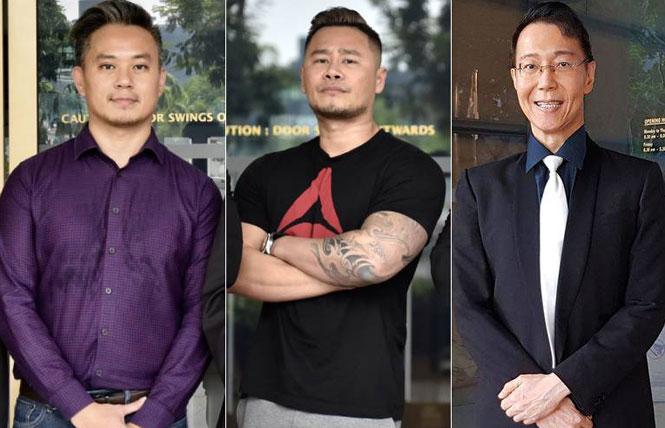 Singapore's top court has punted the country's law criminalizing gay sex to parliament in a decision that activists called a "partial victory."

In a February 28 news release, the Human Dignity Trust stated that while the court reinforced a moratorium on the arrest of gay men engaging in consensual, same-sex sexual activity, it fell short of removing a discriminatory criminalizing law from the statute books.

Chief Justice Sundaresh Menon stated on behalf of the five-judge panel in its 152-page decision that the court was not "a front-runner for social change or an architect of social policy."

The justice stated it was "a matter beyond our remit."

The appeal court was the last legal stop for the case, Tan Seng Kee v. Attorney General, in Singapore's courts. Hopes for decriminalization now rest with the country's parliament.

The case was brought in 2018 by a trio of gay activists challenging Section 377A's constitutionality and appealed the high court's 2020 ruling.

The combined cases in Singapore were the gay activists' third attempt to strike down the law that criminalizes acts of "gross indecency" between men in the Southeast Asian island country.

The British colonial-era law enacted in 1938 criminalizes consensual sex between two men and "any man who abets, procures or attempts to procure such an act." The law applied to straight couples and women until 2007 when Singapore's parliament repealed the law for them but upheld it for gay men. Gay men can face sentences of up to two years in jail if convicted. The public prosecutor at the time stated the office wouldn't enforce the law.

The court's ruling concluded that the "entirety of Section 377A is unenforceable unless and until the AG of the day provides clear notice," the Human Dignity trust stated.

Téa Braun, chief executive of the Human Dignity Trust, said in a video media statement after the ruling that Singaporean gay and bisexual men "are still effectively un-apprehended criminals and subject to a culture of shame and homophobia," despite the court formalizing the removal of the threat of arrest.

Yet, Chief Justice Sundaresh Menon said, "They do not face any real and credible threat of prosecution under Section 377A at this time and therefore do not have standing to pursue their constitutional challenges to that provision," according to Asia One, a Singapore-based news site.

Gay Singaporeans do not feel secure due to discrimination and the threat that a new administration could reinstate enforcement of the law.

The trio of activists and their team of lawyers filed separate claims stating the law violated Articles 9, 12, and 14 of the Singapore Constitution. The articles guarantee personal liberty, equality before the law, and freedom of expression, respectively.

Previous court rulings on challenges to 377A in 2014 and 2020 stated reform would have to come through parliament. The government's determination that its office would not enforce the penal code law played a significant role in the court's ruling.

Human Rights Watch stated LGBTQ Singaporeans' "rights remain under threat" due to Section 377A in its submission to the United Nations' Universal Periodic Review of Singapore in 2021. HRW noted that many countries recommended the decriminalization of homosexuality in the periodic review. U.N. member countries undergo a review by the U.N.'s Human Rights Council every five years.

LGBTQ and human rights organizations were disappointed by the court's decision.

Clement Tan, a spokesperson for Pink Dot SG, told the New York Times that the ruling was "frustrating for those who were hoping for some real change."

"Despite acknowledging that gay men should be able to live freely in Singapore, without harassment or interference, the court still hesitated to strike it down," he said. "It now falls on parliament to deal the final blow to Section 377A."

"Gay men could still face police investigations under the law and will suffer from discrimination," the statement said.

Braun called upon Singapore's government to repeal Section 377A, stating criminalizing gay sex has "no place in a 21st century democracy such as Singapore."

Locally, activists said that they initially had been optimistic.

"I was hopeful for a moment when it was up for review that Singapore would join the 21st century in terms of recognizing LGBTQ communities," said Madeleine Lim, founder and executive director of the Queer Women of Color Media Arts Project in San Francisco.

She hoped the Singapore government would recognize LGBTQ people as a part of the country's broader community when she heard that the court was going to announce a decision on 377A. Lim, a butch queer woman of color, immigrated from Singapore in 1987 due to being persecuted by the government for her LGBTQ activism.

Following the ruling, she simply said, "I actually don't even feel disappointed, which is very sad. It's painful. It's hurtful."

Updated 3/2/22: This article has been updated regarding plaintiff Johnson Ong Ming professional roles.

Out in the World: SF rally calls on Biden administration to change US immigration policies
Sign up!