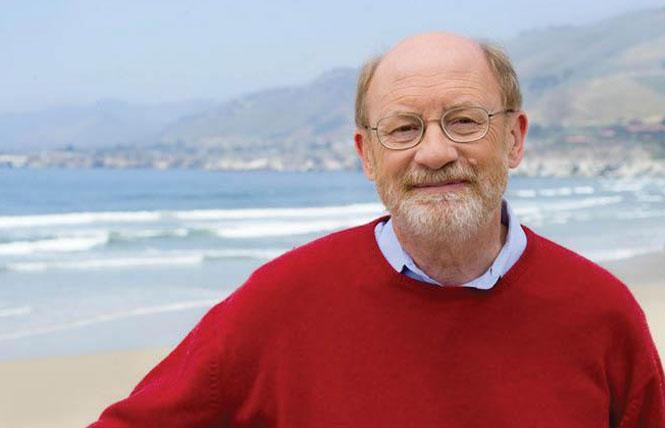 Having a mastery for how state government functions after three terms in the Assembly, and working in former governor Jerry Brown's administration as his natural resources secretary, served gay state Senator John Laird (D-Santa Cruz) well during his first year in the Legislature's upper chamber. Spending much of 2021 working remotely due to the COVID-19 pandemic wasn't as much of a shock for Laird as it was for his colleagues in their freshmen terms and completely new to the Statehouse.

"I felt lucky I had a 20-year history up here already and had many, many relationships. I think I had a very successful year as a result," said Laird, who served in the Assembly for much of the 2000s and lost his first bid for a Senate seat in 2010. "I felt sorry for my colleagues who were new and never served in the Legislature before. They were really starting from scratch."

The hardest part was the lack of in-person interactions with both his staff and constituents, recalled Laird.

The flip side of his having legislative experience is it brings speculation on his leadership aspirations in the Senate. With lesbian Senate President pro Tempore Toni Atkins (D-San Diego), the first woman and LGBTQ legislator to hold the post, termed out in 2024, questions are already being raised on who will succeed her in the powerful leadership position.

As a number of senators are headed out the door this year due to term limits or are opting to run for other elected offices, Laird has already been fielding queries on if he wants to be leader of the Senate. He can serve through 2028 under the state's term limit rules.

"We have one president pro tem at a time, and I am very supportive of the current one," said Laird, who told the Bay Area Reporter that, "People are asking me. It is a permanent parlor game in Sacramento."

Laird will be up for reelection in 2024 in a differently configured Senate district than the 17th Senate District seat along the Central Coast he currently represents. It now includes Santa Cruz and San Luis Obispo counties, the coastal areas of Monterey County, and southern Santa Clara County.

Under the recent redistricting process Laird's seat is keeping the same number. It is losing the Santa Clara County area centered around Morgan Hill and gaining part of San Benito County. State Senator Anna Caballero (D-Salinas) saw parts of her district end up in Laird's, but rather than run against him, she is seeking the newly drawn 14th Senate District covering Merced and Fresno. Senator Melissa Hurtado (D-Sanger), who had planned to run against Caballero, is now opting to run in Senate District 16.

The new district map "works for me," Laird told the B.A.R., "but I am really disappointed to lose some areas I love," such as the Bay Area section in the South Bay.

Last year, Laird got enacted several laws related to LGBTQ issues, such as increasing state services for people aging with HIV and cleaning up sections of the state code that only use male pronouns so they are more gender inclusive. While he isn't carrying any LGBTQ-specific bills this session, he already scored a legislative victory for his district.

He introduced in January, and had Governor Gavin Newsom sign 19 days later, a bill aimed at keeping the doors of the Watsonville Hospital open. It created the Pajaro Valley Healthcare District so it could buy the bankrupt medical facility serving a largely rural and agricultural patient population. A judge approved the sale in late February.

"We got it through in warped legislative speed," noted Laird, adding, "I am determined that hospital is going to stay open." 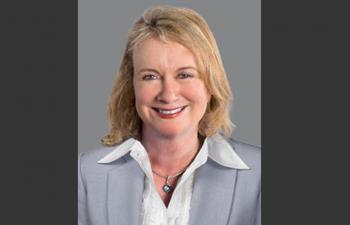 As the B.A.R. first reported in February, Bradstreet stepped down from the San Francisco Superior Court last month after having served there for 11 years. She was one of three lesbians on the local bench and is a longtime advocate for increasing the number of women and LGBTQ professionals in the legal system.

Newsom has yet to name her replacement on the lower court. Due to judicial ethics rules, Bradstreet could not divulge where she planned to work until now.

"What really drew me to them is they are women-owned," Bradstreet told the B.A.R. of ADR Services.

Its founder, Lucie Barron, has ties to the British Commonwealth as does Bradstreet, who grew up in London. Barron was born in a German refugee camp to Russian parents following World War II and her family moved to Adelaide, Australia. As an adult she relocated to Montreal, Canada.

After moving to the U.S. with her then-husband, Barron founded her mediation firm in 1994 and grew it from one office in Los Angeles to having locations throughout California. She told the B.A.R. she and her team "are so excited" to have someone of Bradstreet's caliber join their panel of "neutrals."

As they are both immigrants, Bradstreet said she "felt an immediate connection" when she met Barron.

Beginning in 2016, Bradstreet took a lead in the local superior court's highly successful judicial settlements program, winning praise for successfully settling or mediating hundreds of cases. She told the B.A.R. she is "really excited" to carry on that work in her new capacity.

"I saved the court seven years of trial time over the last two years by settling cases," said Bradstreet. "It is what I love to do."

From Tuscaloosa, Alabama, Green had moved to Los Angeles before relocating to San Francisco. He served as campaign manager for Anna Pletcher's unsuccessful bid in 2018 to be Marin County district attorney and since then has worked as a director at the women-owned strategic communications consulting firm Kearns & West.

He joins Jackie Thornhill, a transgender woman, and Jackie Prager, the queer former director of the San Francisco Democratic Party, as a legislative aide in addition to Jacob Bintliff, a gay former city planning staffer. Thornhill is now handling issues related to the LGBTQ Castro district and Duboce Triangle, while Prager is the lead on Noe Valley concerns.

She and Ross are expected to divvy up the remaining neighborhoods that are part of Mandelman's District 8 seat. Bintliff oversees various district-wide land use and zoning issues. It is unclear if one of the four will take on the role of a de facto chief of staff as Temprano had.

Correction
Last week's column about gay California state Senate candidate Jamaal Gulledge should have reported he is the first man in his family to attend college and earn a graduate degree. It was also his older brother, not an uncle, who died last July. The online version has been corrected.

Web Extra: For more queer political news, be sure to check http://www.ebar.com Monday mornings for Political Notes, the notebook's online companion. This week's column reported on the transgender woman running for a San Francisco House seat.