As COVID pandemic eases, STD epidemic on the rise 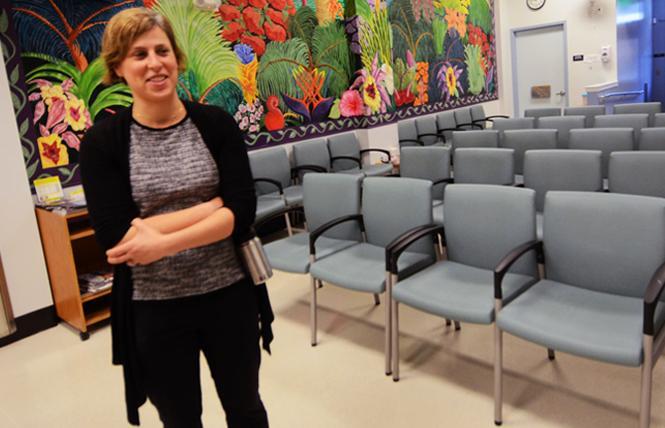 Rates of sexually transmitted diseases rose in San Francisco in 2021, according to a year-end report released by the city's Department of Public Health.

Dr. Stephanie Cohen, a straight ally who is the medical director of DPH's City Clinic in the South of Market neighborhood, told the Bay Area Reporter that "the impact of COVID-19 on sexual health services" led to statistics that were probably lower than the real rate of community infections.

"In 2021, we fortunately saw an increase in engagement with sexual health services," Cohen said. "With that we did more tests in 2021 and, because of that, we did see more cases. Paradoxically, that's a good thing. The bump in cases was largely a sign of recovery of testing and screening."

But Cohen did acknowledge that the COVID-19 lockdown notwithstanding, STD diagnoses have been on an upward trajectory in the city, state, and nation for the last several years.

Jorge Roman, director of clinical services with the San Francisco AIDS Foundation, told the B.A.R. it's difficult to say which was a bigger factor in the rise in the reported rates.

"As a baseline, unfortunately, there's an uptick," Roman said. "I think it's both. Both of those factors were important."

Roman said that the AIDS foundation's Magnet clinic at Strut in the Castro neighborhood keeps data on the positivity rate of the total number of tests it provides, which helps to paint a broader picture of the prevalence of infection among those accessing sexual health services.

The B.A.R. obtained this data, which shows the positivity rate for gonorrhea, chlamydia, and syphilis at Magnet went down in 2021, after having risen 2020 from 2019 levels.

Cohen said that syphilis is appearing in cisgender, heterosexual women more than before.

"We have been seeing this about four years now — rising cases of syphilis in cisgender women who have sex with men," Cohen said. "What we saw in 2020 was an increase on the 2019 numbers. This is very concerning to us because when syphilis affects someone who is pregnant, it can lead to disastrous outcomes, such as pre-natal death and birth defects."

Fortunately, congenital syphilis cases declined from five in 2020 to two in 2021.

Dr. Ina Park, a straight ally who is an associate professor at the UCSF School of Medicine, told the B.A.R. last year, the crystal meth epidemic in the Central Valley, when combined with homelessness and lack of access to medical care, is partly to blame for the statewide rise in syphilis cases.

Cohen was relieved that antibacterial resistant strains of gonorrhea haven't materialized in San Francisco — yet.

"It's an area of public health concern," she said, adding that the city works with the federal Centers for Disease Control and Prevention "to monitor emerging strains of gonorrhea" because "we want to know if they're out there and prevent their spread."

Cohen wanted to tout that the health department already has at-home testing programs. One, Take Me Home (https://takemehome.org/), provides kits through the mail including three-site testing for gonorrhea and syphilis. Another, Don't Think Know, LINK: https://sf.dontthinkknow.org/ also provides tests through the mail but is geared toward young women seeking a vaginal swab.

"We want San Franciscans to know they have that access to confidential and private testing," Cohen said.

Nationwide shortage of blood test tubes
The National Coalition of STD Directors is sounding the alarm that the tubes used for blood tests — which are used to test for syphilis and HIV — are a victim of the global supply chain crisis. It was one reason why SFAF in January canceled certain services at Magnet, as the B.A.R. reported at the time.

The U.S. Food and Drug Administration is urging labs to consider conservation strategies, which the coalition says will only hurt "as STI rates continue to skyrocket across the country."

The coalition is calling on the Defense Production Act to be invoked to help address the shortage. As of February 8 Magnet resumed PrEP follow-up appointments and routine STI and HIV testing appointments, as the B.A.R. reported. SFAF posted a note on its website that the services no longer needed to be on hold "due to COVID-19 surge-related supply chain issues."

SFAF restores services after being hit by supply-chain issues

After 2 years, SF's Castro is surviving COVID
Sign up!