Out in the World: Russia hits snag in first attempt to shutter LGBTQ rights organization 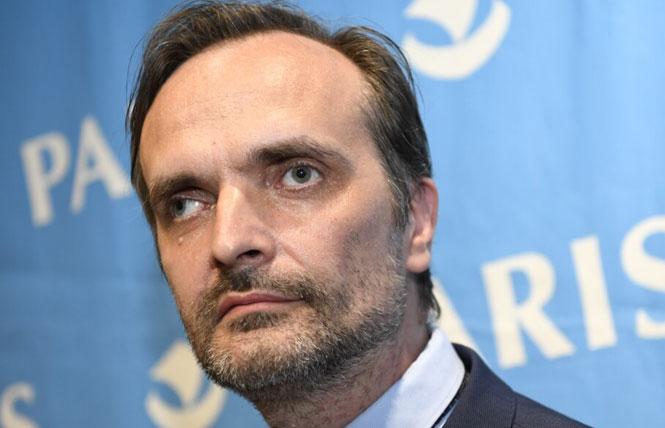 A court has stopped, for now, Russia's attempt to shut down the parent organization to the country's largest LGBTQ organization.

Russia's Ministry of Justice filed a lawsuit February 8 against the Sphere Foundation, the parent organization of the Russian LGBT Network, in the Kuibyshev Court of St. Petersburg, according to the St. Petersburg Courts' Press Service.

The court, which covers the St. Petersburg and the Leningrad Region jurisdiction, suspended the review of the complaint from the ministry due to a lack of specifying what laws the foundation and the network violated, NBC News reported.

The ministry has until February 28 to revise the complaint.

Activists believe Russia's lawsuit against the foundation and the network is just the beginning of the government's attempts to shutter the organization.

"It's good news for the immediate future," Lokshina said of the court's decision not to act on the lawsuit. "Their first step failed, but I don't think they're going to give up, because what happened is in sync with the ongoing, very disturbing trend of stifling independent voices in Russia."

Sphere Foundation spokesperson Dilya Gafurova told the media outlet that Russia's attempt to liquidate the foundation and network "can become the biggest case about LGBT+ in Russia. About our very right to exist."

In the lawsuit, the government claimed it wants to liquidate the foundation and network because the institutions go against the country's constitution and traditional values, as well as spread "LGBT views" to youth.

The two organizations are apparently out of sync with Russia's "fundamental family values" enshrined in the country's constitution and represent "a threat to public order and the rule of law," according to HRW.

The country's Anti-Homosexuality Propaganda Law signed by President Vladimir Putin in 2013 banned the promotion of everything LGBTQ to minors in Russia.

The year before, Russia adopted its foreign agents law. According to HRW, the 2012 law requires all organizations to report foreign funding, which places them on a government list requiring them to submit additional reports to authorities. During the decade it's been enforced, the law expanded to apply to individuals who publicly criticize authorities. The "foreign agent" label is tantamount to "traitor" or "spy" in Russia.

The Sphere Foundation and the Russian LGBT Network are labeled as foreign agents with Russia's government.

Founded in 2006, the Russian LGBT Network is best known for assisting more than 100 LGBTQ Chechens to escape persecution in the Northern Caucasus ruled by President Ramzan Kadyrov, a close supporter of Putin. Russian officials registered the network as a foreign agent in 2016. Five years later, the Russian government again labeled the network and its founder, Igor Kochetkov, as foreign agents.

Kochetkov posted on social media that in the foundation's 11 years, it "was never found in breach of any regulations" and called the government's claims against the parent organization "ideological, rather than law-based."

For 32 years, Memorial documented a wide range of abuses in Russia, particularly in the North Caucasus. It maintained a list of political prisoners and documented human rights violations in neighboring countries.

Gafurova defended the foundation and the Russian LGBT Network in a statement to NBC News, saying it appears Russia's government "is trying to make any LGBT+ activism taboo" and "despite the whims of the political climate, LGBT+ people exist." But from a Russian perspective the organization "goes against the state ideology of traditional values," Gafurova added.

"We refuse to give up and let the government shut us down; we refuse to agree that the very activity of helping LGBT+ people does not correspond to the idea of 'charity,' as is stated in their claim. LGBT+ people are the citizens of this country just like every other social group and deserve the same rights and freedoms," Gafurova said.

All Out launched a petition in support of the foundation and network.

Out in the World: Passage of Global Respect Act signals US stands with LGBTQ people globally

Out in the World: US Senate confirms lesbian as director of Asian Development Bank

Out in the World: Report: Afghan LGBTQ people remain in peril, governments urged to act
Sign up!