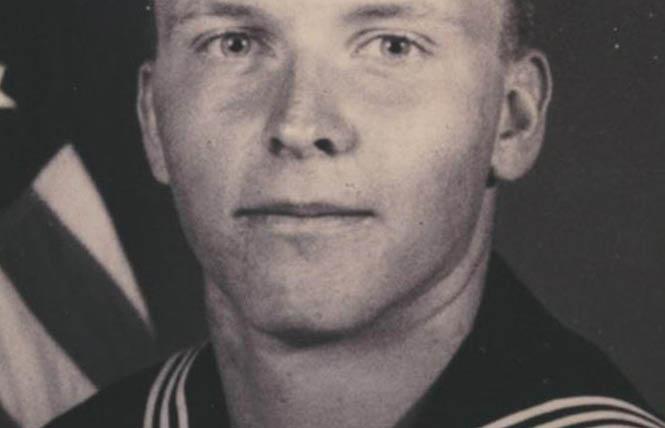 Navy sailor Allen Schindler was killed in 1992 by a Navy airman apprentice who has now been recommended for parole. Photo: Courtesy Washington Blade

A former U.S. Navy sailor sentenced to life in prison for the 1992 anti-gay murder of fellow U.S. Navy sailor Allen Schindler while the two were stationed in Japan received a recommendation for parole at a February 17 hearing, according to Schindler's sister who attended the meeting.

Members of Schindler's family, who expressed strong opposition to approving parole for former Navy Airman Apprentice Terry M. Helvey, are calling on the LGBTQ community and others to send email messages and letters opposing parole for Helvey to an official with the U.S. Parole Commission, which is an arm of the U.S. Department of Justice.

Kathy Eickhoff, Schindler's sister, told the Washington Blade that a parole examiner issued the recommendation that Helvey be approved for parole at the Zoom hearing after listening to testimony by Helvey and his sister. Eickhoff said she, her mother, and her daughter also gave testimony at the hearing in their role as the victim's family.

"He was given a recommendation to be paroled on October 26, 2022," Eickhoff said. "It will now go to a parole board for a final decision," she said. "That will happen in the next week to three weeks."

The case
Schindler's murder triggered expressions of outrage by LGBTQ activists when news surfaced that Schindler, 22, had been subjected to harassment and threats of violence on board the Navy's amphibious assault ship Belleau Wood when rumors surfaced on the ship that Schindler was gay, and the ship's captain ignored Schindler's request for protection.

Naval investigators disclosed that Helvey and another one of Schindler's shipmates, Airman Charles Vins, attacked Schindler on October 27, 1992, in a men's bathroom at a public park in Sasebo, Japan near where their ship was docked.

A Naval investigative report says a witness to the attack saw Helvey repeatedly stomp on Schindler's head and body inside the bathroom. An autopsy later found that Schindler's head and face were crushed beyond recognition, requiring that his body be identified by a known tattoo on his arm.

Another Naval investigator, according to media reports, presented evidence that Helvey admitted to his hostility toward Schindler when Helvey was interrogated at the time of his arrest the day after the murder. "He said he hated homosexuals. He was disgusted by them," the investigator said in a report. In describing Helvey's thoughts on Schindler's murder, the investigator, Kennon F. Privette, quoted Helvey as saying, "I don't regret it. I'd do it again ... He deserved it."

Helvey, 21, was later sentenced to life in prison after pleading guilty to killing Schindler. The guilty plea was part of a plea-bargain offer by military prosecutors not to seek the death penalty, which could have been pursued under military law.

Vins, the other sailor implicated in Schindler's murder, whose lawyer argued that he was an accomplice to the attack and did not actually physically assault Schindler, pleaded guilty to three lesser charges, including failure to report a serious crime, as part of a separate plea-bargain offer by prosecutors. As part of that plea deal, Vins cooperated with prosecutors in the case against Helvey. He was released after serving 78 days of a one-year prison sentence.

After being dishonorably discharged from the Navy, Helvey was transferred to a federal prison and has been an inmate in several federal prisons for the past 29 years. He is currently incarcerated at the Federal Correctional Institution in Greenville, Illinois.

Eickhoff, Schindler's sister, said Helvey has been applying for parole and clemency almost every year for at least the past 20 years. She said federal parole authorities have turned down all those requests until last week, when, for the first time, a parole examiner issued the recommendation for parole.

According to Eickhoff, Helvey, who is now 50 years old, has expressed remorse for what he did 29 years ago and claims he is a different person. She said the parole hearing, in which the parole examiner asked Helvey questions, appeared to focus on whether Helvey would "reoffend" if released from prison.

"He [Helvey] said what he has lined up," Eickhoff told the Blade, recounting what he said at the hearing. "He's going to go home. He's got three different jobs lined up. His mother and his stepfather need him. He wants to be a truck driver. And then, of course, all of the things he has done while he's been in prison. All of the mentoring and all of the classes and all the wonderful things he's done."

Eickhoff noted that if Helvey is approved for parole and is released on October 26 of this year, it will take place one day short of the 30th anniversary of her brother's murder. She said the parole examiner also stated at the hearing that 30 years of incarceration in a federal prison can sometimes become a threshold for when a prisoner becomes eligible for parole under federal law.

"And he does have a parole hearing every two years and a clemency hearing every other year," Eickhoff said. "So, it's more or less every year we are going through this," she told the Blade. "Twenty-nine years ago, we thought that was it," she said when Helvey was sentenced to life in prison. "But no, that's not what happened."

The U.S. Bureau of Prisons website says all federal and state prisoners are eligible to apply for clemency, which can be granted by a state governor or the U.S. president depending on the circumstances of the case.

Opponents to parole
Among those joining Schindler family members in urging opposition to parole for Helvey is longtime gay activist Michael Petrelis of San Francisco, who called on the Navy to publicly recognize the Schindler killing as a hate crime shortly after the murder took place in 1992.

In 2015, Petrelis released to the public a 900-page Naval investigative report he obtained from the Navy through a Freedom of Information Act request that revealed new information that the Navy had withheld in earlier years.

Among other things, the investigative report provided further details that the captain of the ship on which Schindler was stationed discussed Schindler's request for protection from anti-gay harassment in front of other shipmates. Doing so further spread the word that Schindler was gay, a development that subjected him to intensified anti-gay harassment on the ship, according to Petrelis. 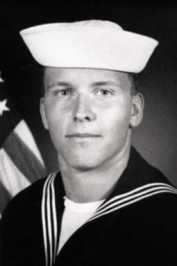 Who was Allen Schindler?

Parole denied for man who murdered gay sailor in 1992
Sign up!