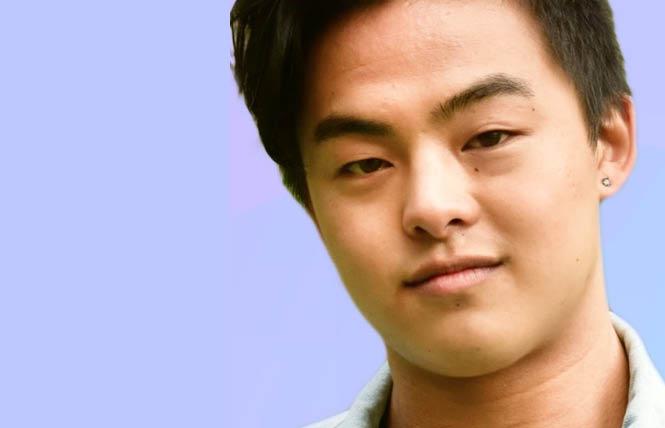 Hoping to draw attention to the death of a gay man nearly two years ago, the GLBTQ+ Asian Pacific Alliance is planning a vigil in front of San Francisco City Hall next weekend. Meanwhile, San Francisco Police Chief William Scott told the Bay Area Reporter that he would personally like to meet with the man's parents, who have called on authorities to reopen their investigation.

Jaxon Sales, 20, died March 2, 2020 in a Rincon Hill apartment, according to a copy of the medical examiner's report obtained by the B.A.R. The Oakland resident had gone to the San Francisco apartment of an acquaintance to have sex, and another man was also present for part of the time, the report stated.

The medical examiner's report lists the cause of Jaxon Sales' death as acute mixed drug intoxication, including gamma-Hydroxybutyric acid, cocaine, and methamphetamine. The manner of death is listed as an accident. The report also says Jaxon Sales suffered from asthma, and the toxicology report shows Sales took ephedrine, an asthma medication, though this was not listed among the drugs to which death was attributed.

His parents, Angie and Jim Sales, launched a change.org petition in January because they felt they weren't getting answers to their questions regarding the circumstances of their son's death. They also allege a staff member at the Office of the Chief Medical Examiner made a discriminatory remark about gays using GHB.

Since the online petition launched, members of GAPA have also expressed concern about how the city agencies handled the case. Gay state Senator Scott Wiener (D-San Francisco) was among those who wrote a letter to Scott and Chief Medical Examiner Dr. Christopher Liverman expressing that the case should be more fully investigated.

The vigil, scheduled for 11 a.m. to 1 p.m., Saturday, February 26, is to bring attention to the community efforts to convince the San Francisco Police Department to reopen the case. API Equality Northern California is also organizing the vigil.

Angie Sales told the B.A.R. in a phone interview February 18 that she wants the event to be about healing and remembering her son but, at its foundation, the vigil is to draw attention to a death she doesn't believe was investigated as diligently as it should have been.

Others in the community who have been drawn to the case feel the same. Howard Chan, chair of GAPA, is helping to organize the vigil although he did not personally know Jaxon Sales.

"For us, the gathering is meant to do two things," Chan said in a phone interview Friday. "A public gathering to remember Jaxon and his life, and who he was."

A spokesperson for the city administrator's office told the B.A.R. that the office cannot order a case to be reopened.

"The city administrator does not have the ability, nor any city official, to order the Chief Medical Examiner to reopen a case under state or local law," spokesperson Vivian Po wrote in an email. "The Office of the Chief Medical Examiner retains the discretion to consider new substantive facts that inform the certification of the cause of death and the manner of death."

Regarding the alleged comment about GHB, according to the Sales family, an official with the medical examiner's office told them an investigation wasn't warranted since "the gay community uses GHB," a statement they say is discriminatory.

In his letter to Scott and Liverman, Wiener agreed, writing that "if this statement was indeed made, it is highly offensive, inappropriate, and dismissive of a drug overdose from a substance at times used as a date rape drug."

David Serrano Sewell, the chief operating officer at the medical examiner's office, previously told the B.A.R. that he wouldn't confirm or deny the remark about GHB usage by gay men. He did deny that Jaxon Sales' sexual orientation was a factor in determining the death was not a homicide.

In an online interview with the B.A.R. February 18, Scott said "there is no statute of limitations on murder" and that if foul play is suspected police would investigate.

But he added that as of right now, "we don't have anything new" in the case.

Meeting planned
Scott said that SFPD is working through the city's Human Rights Commission to set up a meeting with Jaxon Sales' parents.

"I'd like to personally sit down with them and hear their concerns," Scott said.

While Scott said the police department had "reached out to the family" about scheduling a meeting, it appears from talking with an SFPD spokesperson that the department is in the process of communicating with the Sales family through the human rights commission.

KellyLou Densmore, a lawyer who is director of the San Francisco Human Rights Commission's Office of Sexual Harassment and Assault Response and Prevention, wrote in an email to the B.A.R. that the office is "working closely" with the family to set up a meeting with SFPD. Densmore stated that the Sales family filed a complaint with the agency when they did not get "sufficient" answers from SFPD and the medical examiner's office about their son's death.

"No date has been set yet for the meeting," Densmore wrote. " I expect it will occur in the next couple of weeks."

Angie Sales told the B.A.R. that she has heard from the human rights commission.

"Yes, we are working with them and their SHARP unit," she said.

Told Friday of the police chief's request to meet with the Sales family, Wiener said he was "thrilled" to learn that Scott was willing to hear them out.

Wiener told the B.A.R. he had not yet been informed about the planned vigil but would see if his schedule allowed for him to attend. Scott said that a representative from SFPD would be at the vigil if invited.

"We're particularly respectful to family and friends and want to be sensitive to the family," Scott said, adding that he himself would be out of town at a training. "If invited, we'll be there."

Scott said that he had received Wiener's letter but has not spoken to him about it.

In another aspect of the case, the Sales' change.org petition mentions that when an uncle went to the medical examiner's office to retrieve Jaxon Sales' belongings, a staff member told him about another overdose that occurred at the same apartment shortly before Jaxon Sales' death but it was not fatal.

The B.A.R. asked Scott about that. The police chief said there were no calls about an overdose. There was one call about what Scott described as an "altered mental state."

"It was not an OD at that location," Scott said. "Nothing traced back to that address."

GAPA was made aware of the Sales case after the Sales family submitted the change.org petition January 22. Since then, it has drawn more than 42,000 signatures.

Updated, 2/18/22: This article has been updated with comments from the city administrator's office.

Updated, 2/24/22: This article has been updated to state that API Equality Northern California is also an organizer of the vigil.