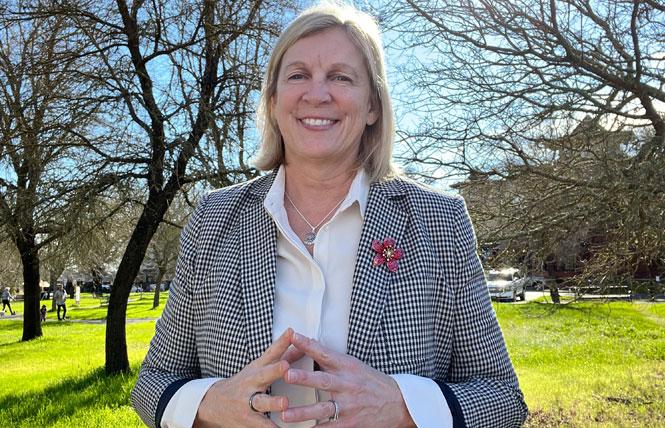 That could change this year. Amie Carter, Ph.D., a gay married mother, is running for the open Sonoma County superintendent of schools this year. The first openly gay candidate to run for the education post, she would be the first woman to hold the position in Sonoma in almost 100 years if elected.

Steven D. Herrington, after first being elected superintendent in 2010, decided not to seek reelection this year. Carter is one of three candidates who have filed to run in the June 7 primary election.

Straight married fathers Brad E. Coscarelli, a school principal in Santa Rosa, and Ron Calloway, superintendent of the Mark West Union School District, are also running. If none of the three garners more than 50% of the vote then the top two vote-getters advance to the November ballot.

"When the superintendent in Sonoma announced his retirement, a lot of people were reaching out saying, 'You got to do this.' For me, I think it's such a fluid time and challenging time in education that I really think it's the right time to lean in and offer my gifts to my community," Carter, 50, told the Bay Area Reporter in a phone interview.

Magee, 61, is seeking reelection on the primary ballot, and as of yet, is not facing an opponent. Over the weekend she spoke with Carter and endorsed her candidacy.

"She comes well recommended by other education leaders. I think she would be amazing for Sonoma County," Magee, who a year ago became a grandmother, told the B.A.R. this week.

Also supporting Carter is Marin County Superintendent of Schools Mary Jane Burke, who is stepping down this year after serving in the position the past 28 years. She told the B.A.R. her endorsement is not a reflection on the other two candidates in the race.

"She is both energetic and she is knowledgeable. She is able to develop a team and inspire them to move toward a common goal on behalf of students," said Burke. "In my view those are exactly the qualities you need to be successful in a leadership role countywide."

Carter participated in a Victory Fund training for LGBTQ candidates this month. She has lived in Petaluma for nearly a decade with her wife, Michelle Charpentier, who works in the pharmaceutical industry. They have five daughters ranging in age from 20 to 30 years old.

She was raised in Orem, Utah, the only girl of six siblings in a Mormon family. She first moved to California in 2000 after accepting a teaching job in the Central Valley with the Ripon Unified School District.

Eleven years later she became a school principal there then, in 2013, moved to the North Bay after being hired as a school principal in the Cotati-Rohnert Park Unified School District. Last January, Carter joined the Marin county education office amid the ongoing COVID-19 pandemic that has upended school life for the past two years.

"I think this is a moment where we need to capitalize on innovation. We've just been through one of the strangest times in academics," she said. "And we have these glaring inequities that have never been just more apparent and laid bare."

While some students have done well, others have struggled, Carter said, with many of those from families with less socioeconomic status. She wants to ensure all students can succeed in school in the coming years as county superintendent, who helps school districts in their jurisdiction meet their educational goals and provide professional development for staff. Their office also ensures local schools are adhering to state educational policies around curriculum and students' rights.

"It is time to step in," said Carter. "I have seen teachers get really creative around education. I want to keep that going and build it back better and stronger with a more equitable focus."

One goal of hers is to see more teachers of color and educators with diverse backgrounds be hired to work for schools throughout Sonoma County, which has a sizable Latino population as well as many LGBTQ families.

"So much research shows when you hire educators of color or diversity, that student performance rises across the entire campus," said Carter. "I really think we need to be out there recruiting BIPOC and LGBTQ+ educators and getting them into our classrooms to represent the students who are in the hallways."

In terms of whether masks should still be required in schools — California could lift its mandate they be worn on campuses later this month — Carter said that she doesn't have the medical expertise to make such decisions. She would follow the guidance of county health officials as superintendent, Carter told the B.A.R.

"I am not a physician. I always just embrace the recommendations of county health officials," she said. "I would do everything I can to make sure those directives are followed in our schools." 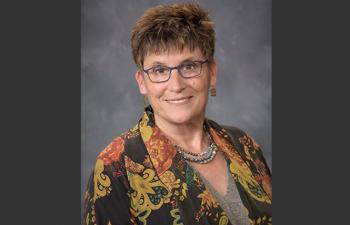 San Mateo County
Magee told the B.A.R. that as soon as the pandemic hit in 2020, she and her team created a Pandemic Recovery Framework by early April for the 23 school districts on the Peninsula under her jurisdiction. They have routinely updated it as new information and rules arose regarding COVID.

She expects when the state revises its mask rules for schools there will be some resistance, with not everyone ready to forgo the face coverings in the classrooms. But her office will follow the state guidance and work to support its various school districts in adhering to them, Magee pledged.

"We are fully ready to help our districts respond to that," said Magee.

If the pandemic has taught her anything, it is the need for strong leadership of schools, Magee told the B.A.R. It is why she is running for reelection.

"We just have been shaken to our core in every way possible," she said. "The pandemic really exposed so much of the system that is broken and not serving students. That is why I actually feel extremely compelled to be in a space to be part of the solution going forward."

In running for another term Magee said she is also thinking about what her granddaughter will need to become a successful adult.

"Now I am really specifically projecting what I want the world to look like when she is 18, 19, 20 years old and heading off into her big success to be whoever she is going to be," said Magee.

Web Extra: For more queer political news, be sure to check http://www.ebar.com Monday mornings for Political Notes, the notebook's online companion. This week's column reported on the San Francisco Assembly candidates' stance on tracking the number of LGBTQ people employed by the state of California.