Guadalajara in talks to co-host next Gay Games 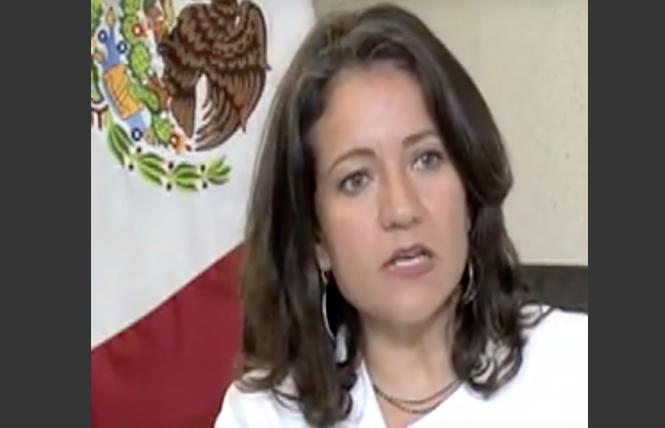 Organizers in Guadalajara, Mexico are in negotiations with the Federation of Gay Games to become a co-host of the Gay Games next year. If successful, the arrangement would allow Guadalajara and Hong Kong to hold Gay Games XI events simultaneously in November 2023 in an attempt to mitigate the impact of strict COVID-19 travel restrictions on Gay Games participation.

"We are very excited about it," Mónica Sánchez Torres, spokesperson for the Guadalajara Gay Games organizers, told the Bay Area Reporter. "We haven't announced it officially yet, but we're going to announce a press conference this week."

Torres and David Killian, FGG officer of site selection, both said venues were available in the Guadalajara area that time of year for the biggest Gay Games sports. Torres said organizers hoped to be able to tell the FGG by the end of February which sports events they would be able to host.

Normally when a city is selected to host a Gay Games, a 90-day deadline to sign a final licensing agreement is imposed. Killian said the FGG expected the process with Guadalajara to go much faster. The FGG and Guadalajara had already reached a mock agreement during the last bidding cycle and negotiations would begin from there.

The announcement February 14 that FGG and Hong Kong organizers were asking Guadalajara to step in as co-host because of concerns over the impact of Hong Kong's severe COVID-19 travel restrictions was the result of weeks of intercontinental talks among all of the parties.

Killian said Hong Kong organizers, concerned that international travel to Hong Kong might still be severely restricted in 2023, had approached the FGG with the idea of asking another city to co-host the event simultaneously so that more people would be able to participate. The event had already been postponed from November of this year because of severe restrictions on travel in and out of Hong Kong.

Guadalajara had been a finalist in the past two Gay Games quadrennial bidding cycles, finishing behind Hong Kong for Gay Games XI and to Valencia, Spain for Gay Games XII, scheduled for 2026. In those bids, the Gay Games would have been held in August. Under the current proposal, they would be held in November, when the average temperatures in the city are in the 70s and there is almost no rainfall.

Killian said the FGG had informed Valencia organizers of the ongoing talks before their final agreement to host the 2026 Gay Games was signed.

In a normal site selection cycle, a host has five years to prepare for the event after being selected. Chicago had just two and a half years to prepare after presumptive host Montreal withdrew from negotiations to host the 2006 Gay Games. Guadalajara would have less than two years even if the agreement were signed today.

Killian noted that Guadalajara, which is the second largest city in Mexico and which hosted the 2011 Pan American Games, has a proven history of being able to gear up for major sports events on short notice. Fore example, COVID concerns forced cancellation of the 2020 Women's Tennis Association finals, it appeared the same fate would happen to the 2021 WTA finals, which were scheduled to be held in Shenzhen, China. Instead, the event was moved to Zapopan, Mexico, part of the Guadalajara metropolitan area.

There are a plethora of issues to be resolved in a short time. Issues such as what events each city will hold, how will sponsorship money be split, and how registration will be handled. The FGG normally forms a volunteer advisory group to work with a host organization. The postponement of Gay Games XI by one year already had forced the need for two such committees to work simultaneously with Hong Kong and Valencia. Presumably a third committee will be needed to work with Guadalajara.

It will also be interesting to see how things play out in various sports. International Gay and Lesbian Aquatics had awarded its 2023 championships to Hong Kong Gay Games and held open the possibility of two championships that year. Will it want to award a second championship to Guadalajara, switch from Hong Kong to Guadalajara, or select some third option? Hong Kong had already dropped the International Gay and Lesbian Football Association championships, which were then split and awarded to Washington, D.C. and Sydney, Australia. Those championships are not likely to change, but will many soccer players now opt for the chance to compete in soccer-rich Latin America?

On the Hong Kong end, founder and co-chair Dennis Philipse stepped down but said he will remain as a volunteer with the organization. Co-chair Lisa Lam said, "By having Gay Games XI accessible to participants across two locations, we can ensure we meet our aim of being as inclusive as possible while international travel continues to recover. We will still be holding the first Gay Games in Asia, but potentially for the first time in Latin America as well, welcoming the widest possible audience to both cities. There is a huge amount of planning to do and we will be providing more detailed updates as soon as we are in a position to share more information."