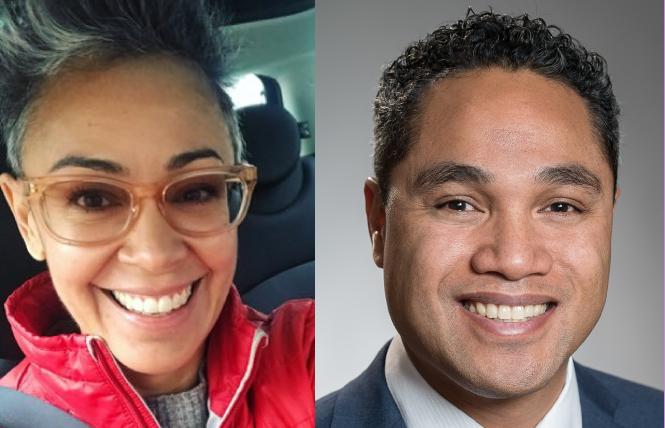 With only one member opposed, the San Francisco Unified School District board voted Tuesday night to create a parent advisory council for queer and trans families. It's the third school district in California to do so.

The February 8 vote of 6-1 came during the last meeting before the February 15 recall election that could see three board members voted out of office: President Gabriela López and Commissioners Alison Collins and Faauuga Moliga.

During a school board committee meeting last week about the Queer Transgender Parent Advisory Council, the San Francisco Chronicle reported that Collins and Moliga clashed over the cost of the proposal.

Resolution No. 2111-91, titled "In Support of Equitable Representation and Services for Two-Spirit Lesbian Gay Bisexual Transgender Intersex Asexual (2SLLGBTQIA+) Parents and Families and Creation of a Queer Transgender Parent Advisory Council (QTPAC)" faced no real opposition. The lone board holdout, Moliga, was most concerned with the anticipated costs to support the new council, he said, and was not opposed to the advisory body itself.

"I definitely support the work of the LGBT community," he told fellow commissioners.

The school district is struggling with a $125 million deficit for fiscal year 2022-2023, for which it must make cuts to avoid being taken over by the state of California. In its first year, the new QTPAC is expected to cost the district $480,000, which includes salary and benefits for a full-time liaison, a project manager, and the associated costs of forms and signage, SFUSD Chief Financial Officer Meghan Wallace told the board. That signage is for more than 1,000 single-stall restrooms throughout the school district, which would bring them into compliance with state mandates to indicate that they are gender-neutral.

Those additional costs hung over discussion of the resolution for much of the night, particularly in light of proposed cuts to staffing. During the public comment period, numerous students called in to speak out against the possible layoffs, concerned they might lose teachers.

No one spoke out, however, against the proposed QTPAC. One parent, who identified herself only as Celestina, told the board that as a child, she never felt she could approach adults about queer and trans issues.

"I can't begin to tell you what it means to see my child supported in school," she said. "Please regard it as a priority regardless of the funding."

Another parent, who identified themself only as Siena, told the board that queer and trans parents understood the importance of the budget cuts. If the budget is the only hold-up, Siena said, the board should examine what can be done under current circumstances.

At least a few people wondered about the possibility of approving QTPAC without the initial funding, essentially just to get the ball rolling. Ultimately, that idea proved unnecessary.

"Our school district needs to show up for queer and trans families," said M Villaluna, a nonbinary, two-spirit parent who's on the general SFUSD Parent Advisory Council. "Suicides and violence still happens to queer and trans students."

Villaluna added, "In the queerest city in the world, we can and must do better."

In the end, that's what happened.

Rick Oculto, director of education for Our Family Coalition, a nonprofit organization for queer families that had proposed the idea of the QTPAC, was delighted with the vote.

"It's a really great thing for LGBT+ parents and students to have a voice in the SFUSD," he told the Bay Area Reporter in a phone interview.

While Oculto had been worried about the possible impact of the budget deficit on the approval of the QTPAC, the cost would be the same as for every other parent advisory council in the district, he noted.

In addition to the general Parent Advisory Council, SFUSD has four advisory groups representing parents of African Americans, those learning English, and Hawaiians and Pacific Islanders, as well as those in special education programs.

Had the board not approved QTPAC, Oculto said he feared the burden of representing queer and trans families would fall upon Our Family Coalition, "but there is a danger of our bias showing up in that committee."

With the passage of Resolution No. 2111-91, said Oculto, "LGBT families have a direct line to influence what happens to their families."

According to a district news release, the QTPAC will report to the board on a yearly basis in the month of April during SFUSD Pride Month, to make recommendations to improve experiences for 2SLGBTQIA+ students and families, and to increase curriculum and visibility of LGBTQ history and culture.

"The QTPAC will also collaborate with other parent advisory committees/councils as well as community based agencies and organizations serving the 2SLGBTQIA+ community," the release stated.

SF mayor swears in 3 women to school board
Sign up!