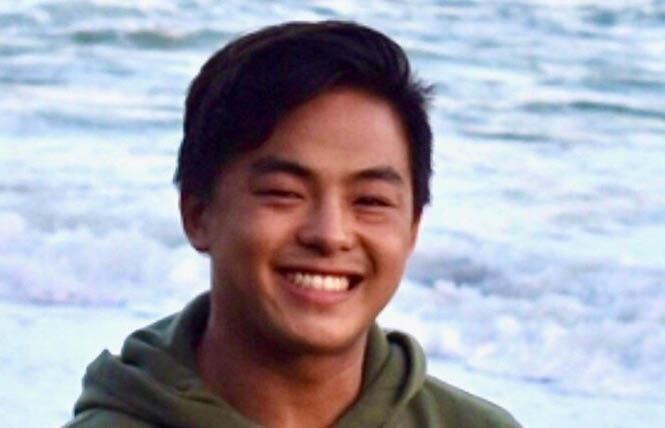 There are a lot of unanswered questions in the March 2, 2020 death of Jaxon Sales, 20, a gay Oakland resident whose body was found in a San Francisco apartment. Jaxon's parents, Angie and Jim Sales, report that they were subjected to discriminatory comments about their late son and they question whether the San Francisco Police Department and the Office of the Chief Medical Examiner completed thorough investigations. The medical examiner's report lists Jaxon Sales' cause of death as acute mixed drug intoxication, including gamma-Hydroxybutyric acid, cocaine, and methamphetamine. The manner of death is listed as an accident. The report also says Jaxon Sales suffered from asthma, and the toxicology report shows he took ephedrine, an asthma medication, although this was not listed among the drugs to which his death was attributed.

Angie and Jim Sales question why the acquaintance, "a 41-year-old white male whom Jaxon did not know," they wrote in their online petition, was not questioned, and why he showered and cleaned the residence before calling 911. They want to know why no one was questioned about possessing illegal drugs and why the other man who was at the apartment wasn't questioned.

Most damning is that the Sales' report that an official with the medical examiner's office told them, "No investigation is needed as 'the gay community uses GHB,'" a statement they said is discriminatory. Wiener went further in his letter, pointing out if the statement is accurate — and the medical examiner's office would not confirm or deny to us that it was — it's also "highly offensive, inappropriate, and dismissive of a drug overdose from a substance at times used as a date rape drug."

Wiener wrote that SFPD did not investigate the case thoroughly based on the medical examiner's office's "sole medical determination." He added that because the only person interviewed was the apartment owner, "it's unclear how SFPD could have reached any conclusions about this death, in terms of whether or not a criminal act occurred."

Then there's this detail: Angie and Jim Sales stated in their petition that when Jaxon's uncle went to the medical examiner's office to pick up his belongings, "the representative at the office told him about another overdose (non-fatal) at that male's apartment only one week prior to Jaxon's. A recent prior overdose raises a huge red flag. Why hasn't that overdose victim been questioned?"

Wiener wrote that he found it "alarming that SFPD decided not to take basic investigative steps to determine if the two incidents are related."

SFPD told us that if the medical examiner's office had suspected foul play, it would have contacted police for further investigation. In Jaxon Sales' case, officers did not find evidence of foul play during the initial investigation, a police spokesperson said. And Wiener is clear in his letter that he is not pre-judging whether a criminal act occurred.

That said, authorities should interview the apartment owner again, the other man who was there, and determine whether another overdose occurred shortly before Jaxon Sales' and, if so, interview that person. If the medical examiner's staff indeed made that derogatory comment about how the gay community uses GHB then we believe additional training is in order for all of the office's employees.

While nothing will bring back Jaxon Sales, this tragic case underscores the need for a complete investigation. Angie and Jim Sales deserve answers to their questions. SFPD and the Office of the Chief Medical Examiner should reopen their respective investigations so that the Sales family can get those answers.