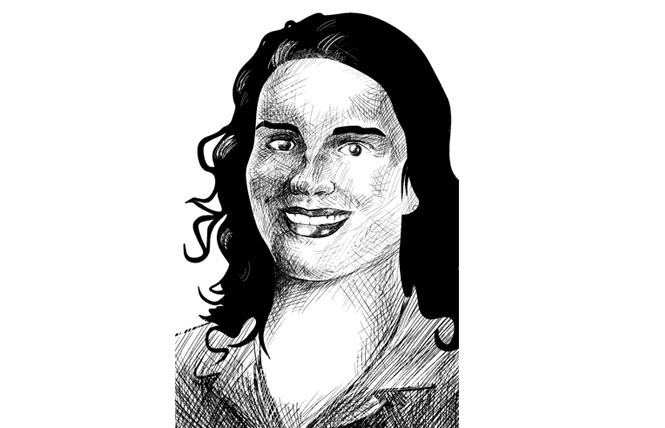 Lia Thomas is a swimmer at the University of Pennsylvania. She is also a transgender woman. The latter statement is currently jeopardizing the former.

Thomas started on the men's swim team in 2019, but by the 2021 season, and after starting hormonal replacement therapy, Thomas joined the women's team. In December of last year, she returned record times in the sport. With this, came controversy.

Just after her December success, a Daily Mail article reported on Parents of the University of Pennsylvania Women's Swim Team, who wrote a letter to the school and the National Collegiate Athletic Association, demanding that Thomas not be allowed to compete against other women.

Members of Thomas' team were apparently divided, with some writing in support of her while others spoke out against her participation.

The NCAA decided to punt, with its board of governors voting in support of a "sport-by-sport approach" to transgender participation, stating that this would balance "fairness, inclusion and safety for all who compete."

To me, that feels like the NCAA is simply unwilling to take a stand on either side of the argument, and in seeking to pacify both those for and against Thomas and other transgender athletes, has managed to leave no one happy.

In Thomas' case, this would mean the NCAA would accept policy set down by USA Swimming and Fédération Internationale de Natation (FINA, the international swimming federation).

USA Swimming wasted no time writing up a new policy, requiring 36 months of testosterone suppression below five nanomoles per liter and approval by a three-person panel in order to compete.

This isn't that dissimilar from the testosterone levels used to prevent runners such as Caster Semenya from participating in her sport by World Athletics (IAAF). Semenya is not transgender, but does naturally produce more testosterone than some other female athletes.

With Thomas starting hormone replacement during the 2019-2020 season, she would not be able to compete under these new policies: she would graduate before she could meet them. Her career as a swimmer could well be over as a result.

Frankly, I wonder if she had started hormones a year earlier, would USA Swimming have a 48-month policy instead? I can't help but feel like officials did the math on this, crafting a policy that they knew would effectively lock her out.

Thomas' fight comes at a time when we are, once more, seeing attacks across the country on transgender people, predominately trans youth and their rights in schools. Their ability to participate with their peers is increasingly under attack, as is their access to hormones and puberty blockers. In most cases, they would also never be able to participate under USA Swimming's guidelines, being prevented from hormone treatments and unable to meet that 36-month policy.

When I first did a web search of Thomas, it didn't surprise me that Google recommended "Lia Thomas Before" as a search option. That word "before" comes up so often in searches of well-known transgender people that it practically feels like a common surname shared by trans men and women.

What did surprise me is the number of articles that did come up via search that probed deeply into her, picking apart her height and weight, offering up photos from prior to her transition, and publishing her birth name. Most were heavily slanted against her. Many were factually questionable at best.

In the years following the U.S. Supreme Court's Obergefell v. Hodges decision guaranteeing the right to marry, anti-LGBTQ forces have sought to use transgender people as their wedge issue, focusing on trans rights as not only a way to continue to secure support from bigots, but also to use as a backdoor to continue to assault the larger LGBTQ community.

Thomas and others like her are clearly running afoul of the trans animus fanned by these groups, and athletes such as Thomas will also be used by those same groups to argue for future bans against trans athletes.

This isn't new, however. We saw all these same arguments in fights over Renee Richards being allowed to participate in the 1976 U.S. Open as a woman. That same year, shortly after Richards was outed by Richard Carlson, Tucker Carlson's father, the United States Tennis Association began to require genetic screening of female players. Richards fought this, winning in court in 1977 — though losing on the tennis court in the first round of singles.

Likewise, there are those who have not only pointed at Thomas' skill in the water, but have painted the same old, tired anti-trans tropes that Thomas would try to assault her teammates in the locker room.

This too is nothing new, and has been used against trans and lesbian athletes for decades. I'm sure that it is a bit closer to the heart of this animus against Thomas than most would actually admit.

I wish I had an answer. I wish I could wave a magic wand and know exactly what is the right path. What I do know is that the steps taken by the NCAA's imprecise approach, as well as USA Swimming's deliberately targeted policy, are not the answer.

Gwen Smith has always been the opposite of athletic. You'll find her at www.gwensmith.com