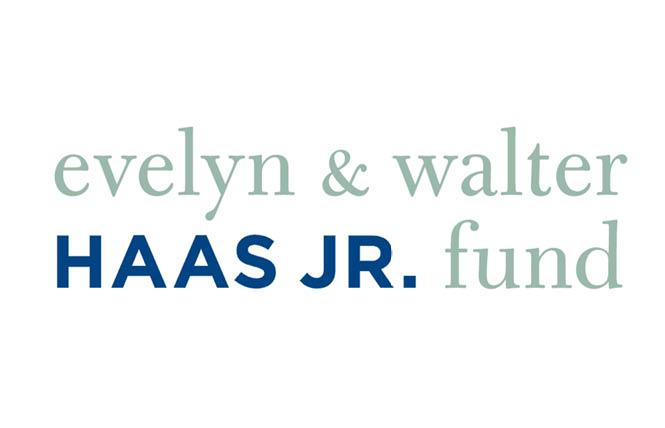 The Evelyn and Walter Haas Jr. Fund will end its LGBTQ grant program next year.

For 21 years, many LGBTQ nonprofits have depended on the generosity of the San Francisco-based Evelyn and Walter Haas Jr. Fund. The fund's grants have enabled these organizations to provide services and kept their doors open. Unfortunately, as we learned last week, executives that oversee the Haas Jr. fund announced that they would be "winding down" its LGBT equality fund over the next two years, with the final grants coming in 2023. The Haas Jr. fund has distributed $105 million in grants through its LGBT equality fund, so yes, it is a significant chunk of change that will be missing from the budgets of cash-strapped queer nonprofits. This is a bad call that must be rescinded by the Haas Jr. fund.

This decision announced by Cathy Cha, president and CEO of the Haas Jr. fund, and Robert Joseph, vice president of programs, is short-sighted and potentially devastating for nonprofits, which have had their fundraising ability drastically curtailed during the COVID-19 pandemic that is entering its third year. While many groups pivoted to virtual fundraisers, the income generated by these events often is nowhere near the money they would have received at an in-person gala or other activity. That's just the hard truth. We give tremendous credit to Bay Area LGBTQ nonprofits that are confronting the challenges of the pandemic, many of which have had to do more with less but at least they have remained open. Some of them no doubt have Haas Jr. fund grants to thank for that.

We are also struggling to understand the reasoning behind the executives' decision. As we first reported online January 28, Maliha Sadiq, a Haas Jr. fund spokesperson, told us that the Haas Jr. fund is shifting its focus "to be more rooted in our home state of California." When asked why this won't include funding LGBTQ equality efforts in California, Sadiq stated, "We are a policy and outcomes oriented foundation and California already has by far the strongest pro-LGBT laws in the nation."

This makes no sense. Yes, California has strong pro-LGBTQ laws, but that certainly doesn't mean life is anywhere near perfect for queers in the Golden State, especially for LGBTQs of color and transgender people. Yes, the community has marriage equality, but as Haas executives themselves noted, the trans community is under attack — literally and figuratively. Immigration issues such as housing for refugees and asylum seekers abound, particularly in California with its high cost of living. Access to health care remains a major obstacle for many. Schools — even in California — continue to present challenges to trans and nonbinary students. There are LGBTQ-led nonprofits with expertise in each of these areas throughout the state. And while Haas Jr. fund officials said that LGBTQ organizations would continue to receive grants under the fund's broader non-LGBTQ-specific portfolios, we are concerned that 1) there won't be as many queer-led nonprofits selected and 2) the money will be less than it is now. In other words, there is no guarantee that LGBTQ-led nonprofits will get any of the funding.

There are hundreds of LGBTQ nonprofits in California, and many of them operate on a bare-bones budget, especially those in rural parts of the state. One could argue that larger organizations based in urban centers like the Bay Area or Los Angeles could derive resources from a broader base of donors or foundations, but tell that to small community centers and similar organizations in the Central Valley, or those along the Central Coast, to name just two parts of the state. And even in the Bay Area, smaller nonprofits are struggling. Just this week we reported about a $25,000 challenge grant for which the Spahr Center in Marin that serves the LGBTQ community is currently seeking new matching donors. One of the great unmet needs in the county is for mental health services, especially for Spanish-speaking clients and queer youth, the center noted in an email solicitation. Strong legal protections are just one factor that the Haas Jr. fund should be considering, but just because there are laws on the books doesn't mean that discrimination and inequity cease to occur. Fund executives ought to know that.

There is another aspect to this that is troubling: The non-LGBTQ-led nonprofits focusing on these issues often have a deep bench of wealthy donors and foundations that queer-focused organizations lack. For evidence, look at the 2018 Tracking Report by Funders for LGBTQ Issues, of which the Haas Jr. fund is among the philanthropic umbrella group's roughly six-dozen institutional members. This report, published in 2020 and the most recent available, did note that foundation giving for LGBTQ issues hit a record high of $209.2 million in the 2018 calendar year. And the report found the overall field of LGBTQ philanthropy widening, identifying a record number of grantmakers awarding LGBTQ funding. The report analyzed 6,636 grants from a record 450 foundations. However, Funders for LGBTQ Issues stated, "While this report reveals many new record highs, it also reminds us that for every $100 awarded by U.S. foundations, only 28 cents specifically supports LGBTQ issues."

That's a depressing figure to be sure, and one that the Haas Jr. fund sought to counter with its LGBT equality fund. With the demise of this equality fund, LGBTQ-led nonprofits will fall further behind, and that's concerning. We call on the Haas Jr. fund to reconsider its drastic decision and reverse it so LGBTQ nonprofits can have a fighting chance in these very tenuous times.

Updated, 2/3/22: The photo of Haas Jr. fund President and CEO Cathy Cha has been removed per a request from the fund.