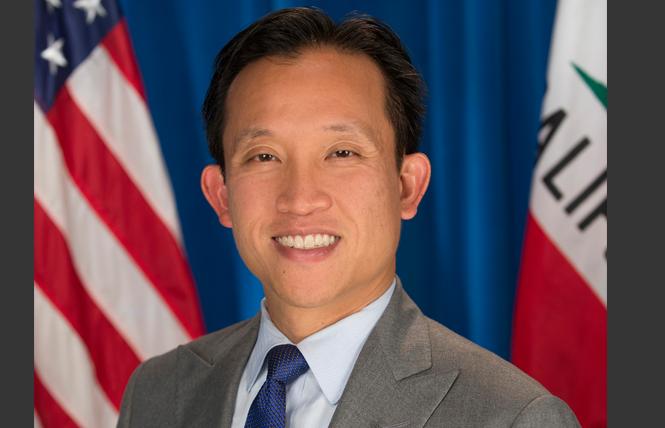 Despite former President Donald Trump's reelection defeat last year, in recent times, we have seen the manifestation of Trumpism as his political allies across the country continue to target our democratic institutions and our most vulnerable: at least 18 states enacting laws that restrict the right to vote; 34 legislatures introducing over 100 bills targeting the transgender community; and the U.S. Supreme Court's refusal to block Texas' near-total abortion ban. However, at the same time, we've seen in California the victories that occur when our communities come together for real progress, a juxtaposition that underscores the importance of intersectional movements.

As conservative efforts to curtail the right to vote have continued throughout the country, California experienced our homegrown version of a Republican takeover attempt with the recent recall election. Because of California's flawed recall process, there was a real possibility that Republican Larry Elder — one of the most extreme candidates in recent state history — could have become governor with far fewer votes than were cast for Governor Gavin Newsom on the recall question. But thanks to a winning coalition in which the LGBTQ community was joined by Black, Latinx, Asian and Pacific Islander, labor, progressive, and women constituencies, we avoided disaster, and are now having serious conversations about reforming the recall process to ensure it reflects the votes of a majority of the electorate.

While Republican-controlled state legislatures around the country have targeted transgender young people this year, our Democratic-majority California Legislature easily passed Assembly Bill 245. Currently on Newsom's desk, my bill would ensure that public colleges and universities in California are required to update students' transcripts and diplomas with the name and gender markers that match their authentic selves; this builds on our law, AB 711 passed in 2019, to require the same for K-12 schools. Combined with gay Assemblyman Chris Ward's (D-San Diego) AB 218 to similarly streamline the process for transgender and gender-nonconforming Californians to update marriage and birth certificates, we are a few more steps closer to ensuring all Californians can navigate their personal and professional lives authentically.

In contrast to Texas, when California conservatives recently attacked my Planned Parenthood-sponsored bill to protect patient confidentiality, our state's Democrats held strong. AB 1184 ensures that insurers maintain privacy for patients who access sensitive health care services, and expands the definition of sensitive services to include gender-affirming health care. Opponents referred to gender-affirming care as "experimental treatments in secret" and said "child predators and sex traffickers rely on secrecy to manipulate their victims." Despite these heinous attacks, our coalition representing women, LGBTQ, public health, and civil rights communities won the day. My Democratic colleagues voted to pass AB 1184, and Newsom signed it September 22, along with AB 1356 by Assemblywoman Rebecca Bauer-Kahan (D-Orinda). Her bill bans the harassment and doxing that abortion protesters will do at clinics, such as filming patients and providers, following them, posting their personal information on extremist websites, and threatening their safety.

Our Legislature and governor agreed on a landmark budget this year that made critical investments in LGBTQ+ communities and communities of color. Thanks to the leadership of the California Legislative LGBT Caucus, we invested $10 million to support LGBTQ+ support centers on California's community college campuses, $3 million to develop LGBTQ+ cultural competency teacher training, and $750,000 to preserve archives at the California State Library about the historic contributions of LGBTQ+ people. The governor's budget also includes $13 million to fund a trans health fund that was approved last year but had no funding due to financial concerns prompted by the COVID-19 pandemic.

As our Legislature adjourned our 2021 legislative session earlier this month, I'm proud of how we continue to lead the country in pushing state government to make California more fair for the LGBTQ+ community. However, the fight for justice continues. As we recover from a once-in-a-century pandemic, the worst recession since the Great Depression, and an era of historic inequality, we have a lot of unfinished business. As we look to next year's legislative session, we have another opportunity to live up to California's values, to ask ourselves who is and is not included, and to move our state toward a future truly equal for all.