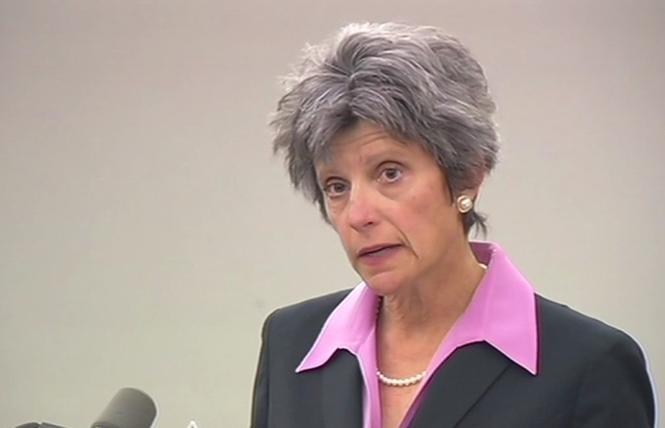 As the Bay Area Reporter reported earlier this year, the recall campaign against the county's top prosecutor was launched by developer Bill Gallaher and his family. The Press Democrat reported that a Gallaher-owned company running senior care homes paid $500,000 to settle a lawsuit filed by Ravitch's office over misconduct during the 2017 Tubbs fire.

About 100 frail residents were left behind at the Fountaingrove senior care homes as the fire approached, though they were able to be rescued.

Unlike Newsom, who is expected to seek a second term next year, Ravitch, 63, had already announced that she'd be retiring in 2022. She was first elected in 2010, becoming the second lesbian to be elected district attorney in California as well as the country.

As of midnight Tuesday, with 100% of precincts reporting, 79.9% of Sonoma County voters elected to keep Ravitch in the job, according to unofficial returns. The other 20.05% voted to recall her. A nearly similar number of voters in the far north Bay Area county, 77.9%, voted to retain Newsom in office, according to the current vote count.

Of the candidates running to replace Ravitch, cannabis attorney Omar Figueroa received 89.58% of the vote, while Petaluma attorney and mediator Joe Castagnola received 10.4% of the vote.

The Press Democrat reported that at an election night watch party in Santa Rosa, Ravitch characterized her win as a victory for the independence of her office. It handles cases in the LGBTQ-friendly resort area of Guerneville and the surrounding woodland hamlets along the Russian River, such as the 2018 prosecution of a man who stole a rainbow flag from the Guerneville Plaza flagpole that resulted in a guilty verdict.

"This was one angry man who was held accountable — and he had a tantrum," Ravitch said of Gallaher. "Fortunately, Sonoma County saw through it and I am so honored, so absolutely honored, that the people in this community said 'We don't buy it.'"

Gallaher did not respond to a request for comment by press time. He reportedly spent $1.7 million on funding the recall effort, the most expensive of its kind in county history. 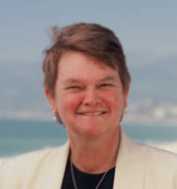