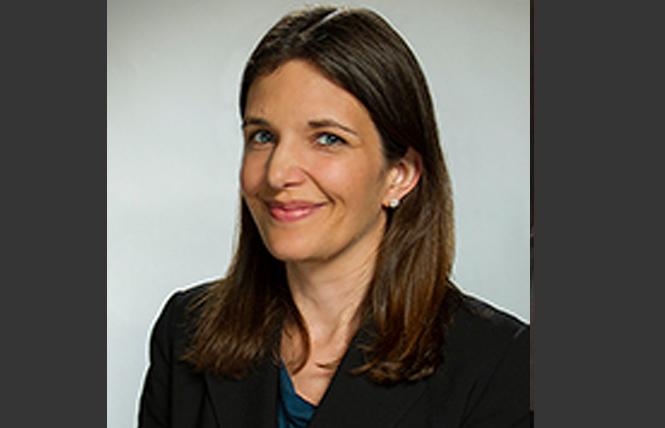 There's been anecdotal evidence for more than a year that the mental health of LGBTQs has been affected by the COVID-19 pandemic. Now a new research brief backs that up.

The Henry J. Kaiser Family Foundation recently showed that LGBTQ people are more likely than heterosexual people to have reported the COVID-19 pandemic had a "major impact" on their mental health, while a separate brief stated that they are more likely to have gotten vaccinated.

"A range of factors may contribute to these mental health disparities among LGBT+ people during the COVID pandemic, including different work, life, and health care experiences," an August 27 KFF brief stated. "LGBT+ people more commonly report quitting a job because of COVID-19, taking time off work because of becoming ill with COVID-19 or quarantining, or taking time off work to care for a family member who was sick with COVID-19 or quarantining than non-LGBT+ people.

"Given that LGBT+ have lower-incomes than their non-LGBT+ peers, disruptions in employment could be especially challenging for families and harmful to mental health," the brief continued.

Michael Carpenito, a gay San Franciscan, told the Bay Area Reporter that the pandemic has been stressful. He'd worked at a Castro nightclub that had to close in March 2020.

"COVID has shown how polarized society truly is," Carpenito stated. "Losing work and figuring out how to manage being in quarantine was one of the most stressful moments ever. But taking the vaccine has shown that with teamwork, we can develop a new normal."

LGBTQ people were more likely to say, in the two months prior to the survey, that "worry or stress related to the coronavirus" caused difficulty sleeping (39%, compared to 21% of the non-LGBTQ population), appetite problems (41%-18%), and difficulty controlling temper (23%-10%).

"Historically, the LGBT+ community has faced mental health and substance use problems at higher rates than their non-LGBT+ peers," the brief states. "While the share reporting negative mental health impact of the pandemic fell for both groups in July 2021, a time of widely available vaccination and partial reopening, LGBT people continue to report the pandemic has negatively impacted their mental health both more widely and more severely than non-LGBT people."

Lindsey Dawson, a public policy analyst with KFF, said that sexual orientation and gender identity questions are now asked on all its COVID surveys and LGBTQ data is extrapolated from the results.

"We have incorporated collecting LGBT data in all our polling work," Dawson said.

This has been the case since December 2020, Dawson said, calling it "routine."

"The aim of this analysis is to provide data in a place where it's quite limited — LGBTQ+ people's experiences of the pandemic," Dawson said. "Our findings, especially in the mental health piece, can be used to help lower disparities."

Still, KFF doesn't see its role as to advocate for particular policies — only to provide data for policymakers.

"This may reflect the fact that larger shares of LGBT adults identify as Democrats, a group that has been disproportionately likely to get the vaccine," another August 27 KFF brief states. "However, the high level of vaccination among LGBT adults is notable given that they are a younger population. Nearly half (45%) of LGBT adults are under age 30, an age group that has lagged in vaccination rates compared to older populations."

LGBTQ adults were also more likely to support the government recommending employer vaccine mandates, at a rate of 65% compared to 50% of the non-LGBTQ population.

"This division of opinion between LGBT adults and non-LGBT adults likely reflects the fact that LGBT adults lean more Democratic," the brief states.

Dawson said that there may be other reasons, too. For one, other research has shown more LGBTQs identify with the Democratic Party than the Republican Party, the latter of which has largely shunned public health policies associated with combatting the pandemic.

"Democratic Party ideas are strongly associated with vaccination, even though the LGBT population is younger and lower-income, which is usually associated with the unvaccinated," Dawson said. "LGBT adults are more likely to think the media has underrated the seriousness of the pandemic, and so that can tie into vaccination.

"This could also reflect the community's experience with HIV," Dawson said, adding that people at risk for HIV infection are more familiar with heeding public health guidelines.

Finally, Dawson said that higher vaccine uptake may be occurring because LGBTQ people were more likely to have to take time off work to quarantine or self-isolate than heterosexual, cisgender people.

The data in the briefs comes from the KFF Vaccine Monitor survey conducted July 15-27 from a random digital dial sample of 1,517 adults, including 95 LGBTQ adults; 1,403 non-LGBTQ adults; and 19 who did not know or did not answer. Interviews were in English and Spanish over cellphone (1,341) and landline (176). The margin of error is 13 points for LGBTQ adults and 3 for non-LGBTQ adults.