Disc love in the time of contagion: Tchaikovsky's 'Eugene Onegin' 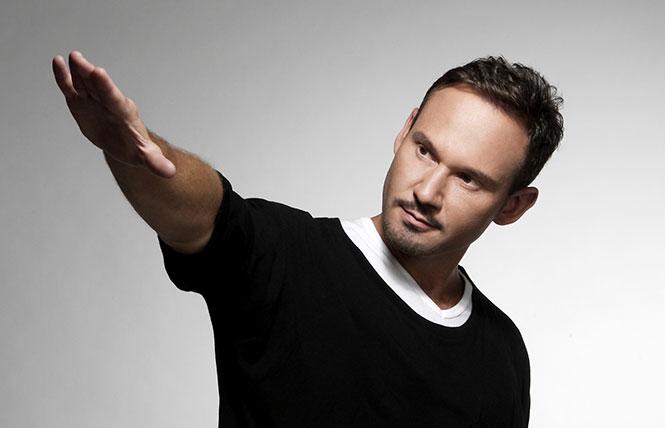 That night I watched the new video of Tchaikovsky's Eugene Onegin (BelAir Classiques), for me the most emotionally brutal of the Tchaikovsky operas, in a Bolshoi production by Dmitri Tcherniakov, my personal favorite of the current gang of opera enfants terribles, filmed live in Paris — from my bed.

I say this not in attempt to make Eugene Onegin or Tcherniakov's production timely in any "of the moment" way — though I'm sure Krysztof Warlikowski or another of his ilk could figure out a way to introduce coronaviri into a "Bad-gene Onegin" or "Eugenic Twogin."

Rather, because as of this morning I likely would not have been able to see it live in Paris (before the pandemic, Paris Opera was letting listeners know daily whether the night's performance would take place because of the riots). Or anywhere in Italy, and God only knows the sitch in Vlad's Russia. 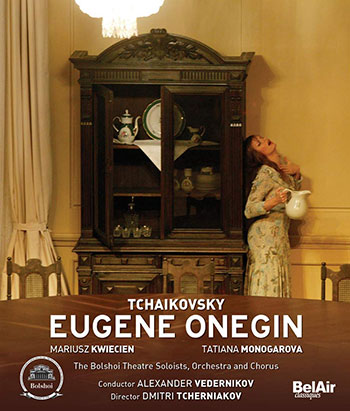 I say all this because I found the performance echt Tcherniakov, characteristically mesmerizing and revelatory (his Parsifal Act II is harrowing in its profundity), and as I sat there tearing my hair, the garments I rent were my bedclothes.

My point, if you've stayed with me, is that there's a great deal to be said about recorded music. When I decided to begin our ghastly century (and spend my retirement) in the exquisite mountains of northern Laos, San Francisco friends reasonably asked me how I thought I could transition there from nightly live performances.

But my music-listening career began in rural South Dakota, a place more like Luang Prabang than you could possibly imagine, lying on the floor savoring the latest offerings from the Columbia Record Club. Correctly, it turned out, that was good enough training for life without "live" concerts.

Yes, I know that seeing an opera or concert 'in the house' is better. It had been so long since I had attended a concert that when I was stuck in Sapporo, Hokkaido for 16 days because Thai protesters had inadvertently taken over Bangkok's Suvarnaphumi Airport and could hardly just give it back, I bought a mouth-watering new recording of La Sonnambula (there was a Tower Records; I knew I'd be fine) with Cecilia Bartoli and Juan Diego Florez.

It — Cecilia, anyway — was so horrid I threw it out my hotel window into a dumpster ten floors below.

When it became clear that a return to Bangkok was a distant dream, I went to Sapporo's excellent Visitors' Center to discover that the London Symphony Orchestra was playing at the acoustically perfect Kitara that evening for 200,000 yen I was more than happy to part with.

When the orchestra came on stage to tune, I started crying (this alarms and appalls the Japanese) at the spine-tingling immediacy of the sound. Gergiev was conducting as if he had a plane to catch, as indeed they all did, so the concert was a snooze, but you get my point.

So Tcherniakov sets his Onegin in what is to all intents a unit set, which is to say that there is a long table dominating every tableau, a classy, rich-people one in the final scene. It was like a skewed vision of 'The Last Supper,' and for the Lenski it was.

His duel with Onegin happened "in the room," where they tussled over a single rifle that fired, accidentally, blowing Lenski onto the lesser tabletop, where he lay like a very dead roast pig. It's always been a tricky scene to stage, and I found Tcherniakov's way with it a tidy solution and not the least gratuitously funny (as it might have been in Barry Kosky's Onegin, except it wasn't, because I saw that on video, too).

Tatyana's first scene was a nail-biter insofar as it seemed she was going to be the obligatory crazy woman, careening between Lucia di Lammermoor and Melisande (Tcherniakov had a superb new Pelleas DVD under his belt). But Tatiana (yes) Monogarova was spot on vocally and character-wise, the Letter Scene for once a gripping portrayal of the extreme madness of young first love, and her final scene the essence of marital composure.

To top it off, my first in-the-theater Tatyana, the superb Bolshoi soprano Makvala Kasrashvili, was back, having graduated to the character role of Madame Larina, brilliantly. There are far worse fates than being left to one's recordings for a while.