Cabaret for a new generation 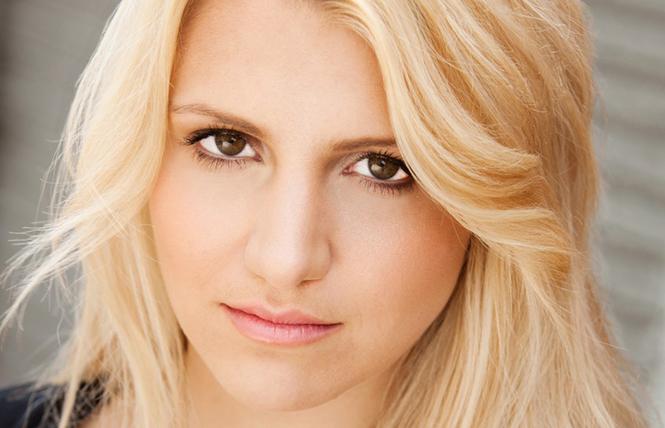 Annaleigh Ashford is back in SF. Photo: Courtesy the subject

"Since the last time I was in San Francisco," said Annaleigh Ashford, recently seen as Andrew Cunanan's best gal-pal in "The Assassination of Gianni Versace," "I won a Tony award, worked with Sondheim, and had a child."

The Tony was for her role as Essie Carmichael in the Broadway revival of "You Can't Take It with You." The opportunity to work with lifelong idol Stephen Sondheim came when she was cast opposite Jake Gyllenhall in last year's acclaimed production of "Sunday in the Park with George." The child is 18-month-old Jack, her son with husband Joe Tapper, an actor.

And that last visit to San Francisco? It was - as is her return later this month - to perform her critically acclaimed solo act as part of Bay Area Cabaret's "Venetian Evenings" series at the Fairmont hotel. Remarkably, it was only three years ago. 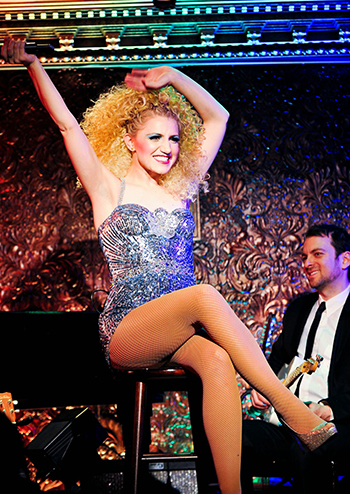 "It feels like my whole life has changed," said the 33-year-old, perhaps best-known for playing prostitute Betty DiMello in HBO's "Masters of Sex." "The world has changed, too." Which means, explained Ashford, that her solo show has also changed.

"Cabaret has always been one of the great loves of my performing life as an artist. And part of being an artist means reflecting the world around you. So I've changed some of the songs I do, and more importantly, I'm telling my stories from a different perspective on life.
"I really feel like cabaret is a form that's been lost in my generation. We're so much more prone to go to concerts."

Part of this may be that younger potential audience members assume that cabaret acts are largely limited to repertoire from Broadway and the Great American Songbook. But Ashford, like Will Roland who also brought a refreshingly modern take on the form to the Bay Area Cabaret stage this year, finds room to incorporate music by the likes of Adele, Alanis Morissette and Cyndi Lauper, in a set that also showcases Kurt Weill and Johnny Mercer.

Ashford also wishes that more of her contemporaries realized the advantage of seeing performances in small venues.

"In a big concert setting, where you have effects and lighting cues and some of the audience is very far from the stage, there just has to be more consistency from one show to the next." This, she notes, is true not only of pop concerts, but even of her guest appearances singing Broadway tunes with symphony orchestras. "When I'm working with just a few musicians in cabaret, there's a lot more flexibility than with an orchestra. There's enough leeway that it can be more organic and move around like jazz.

"In my mind, I also compare cabaret to stand-up comedy. It's a very intimate relationship with the audience. I can see people's faces and feel very specific energy coming from them. It's palpable. And you work off each other."

When asked about her own first experience seeing cabaret, Ashford spoke of her childhood voice teacher Kit Andre, who in the 1970s operated and performed at a popular Denver nightspot. "She was always telling me her own stories and teaching me to connect songs with storytelling. It was like I had a personal club act going on in my voice lessons from the time I was seven."

By the time she landed her first Broadway lead at 22, as a Glinda replacement in "Wicked," Ashford deeply revered the live cabaret recordings of Judy Garland, Barbra Streisand, Patti LuPone and Ella Fitzgerald. Her earliest solo shows were on Monday nights, when Oz was dark and there were open mics at Birdland.

"I remember once spending like a whole week's take-home pay to go see Carol Channing play at Cafe Carlyle. She was in her late 80s, just nailing material she'd honed to perfection over 50 years. I said to myself, 'This is it!'"