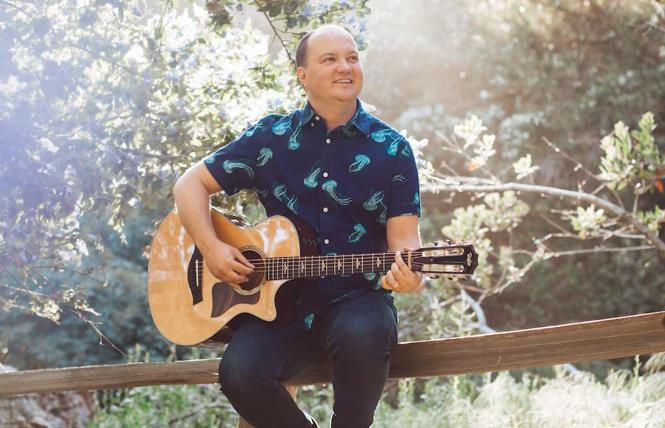 Eli Conley lives for country music. The Sacramento resident, who once called Berkeley home, has been making a name for himself as a queer country music artist for quite a few years. This has been no small feat, as country is a genre which usually appeals to straight conservatives. Conley is a queer trans man.

On May 15, he and a few of his musical friends will be performing Queer Country West Coast at the Ivy Room in Albany. It's an afternoon show that begins at 4 p.m., with Conley, Mya Byrne, Polythene Pam and Side Pony.
Conley admits that it can at times be challenging to play in traditional music venues.

"There are some country music venues I've played where I didn't know how my obviously queer lyrics would be received," Conley said in an email interview with the Bay Area Reporter. "That can be scary. But sometimes people surprise you."

He spoke of a time when he played at a cafe in a small West Virginia town in which Trump signs could be seen everywhere. But the audience was quite receptive to his show, so he threw caution to the wind and came out as a trans man onstage.

"You could have heard a pin drop," he said. "Afterwards, almost everyone in the room came up to me to tell me how meaningful the show was. There were two women in the back who were a couple, and it turned out that one of them was trans. She grew up in the town and had just moved back, and she told me how happy she was that I'd come to play. Those moments mean everything to me."

Conley acknowledges that country music as it's heard on the radio could be taken to be racist and homophobic. But he's glad that more and more people are carving out a space for themselves as openly queer roots musicians. And that's why he created Queer Country West Coast, to showcase his fellow artists and to build a community of support.

"I think people are hungry for it," he said. "I think there is actually something delightfully subversive about being a queer country and folk artist in a genuine, non-ironic way. I'd say the majority of my audience is probably queer."

Though he has his straight fans as well.

"I try to write songs that are specific to my experience but invite you in even if you don't happen to be a queer trans guy from the south," he said. "I listen to plenty of straight artists, you know? I think good music can connect with everybody." 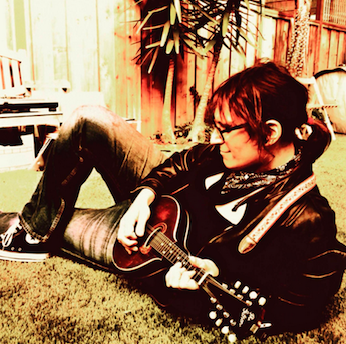 Sharing the stage
One person that Conley has connected with musically is Mya Byrne, a queer trans woman from New York who has lived in the Bay Area for nearly a decade. For the past seventeen years she has performed her own music and collaborated with others. She'll be one of several artists who join Conley at the Ivy Room.

"Many have described me as country/rock Americana," Byrne said. "I liken myself to the vibe of chopping wood for a fire in a semi-urban backyard with stars on one side, light pollution on the other, while wearing a really nice Carhartt you found in a free pile."

Like Conley, Byrne has faced challenges as a queer trans country musician.

"Because my life and my bodily autonomy rights are a debated topic in so much of America, I'm often thrown in a box of too edgy and thus I'm systematically denied privileges straight, cis musicians often take for granted," she said. "I'm often paid less, put on smaller stages. It's really awful. I'm grateful to be in the Bay where I can be a worker among workers and be just a musician without necessarily thinking about my identity and sexuality."

This is only Byrne's second show since the lockdown ended. She has a long history with the Ivy Room and is excited about performing songs from her new album. She has a message for anyone who might be on the fence about attending the show.

"Why be on the fence, friends?" she asked. "We got chicken in the barn! Where else are you going to see some of the best country songwriters in the Bay? All of these artists are at the top of their game, and we literally haven't seen each other in over two years. It's gonna be a god-dang love fest. Come on down."

Conley added that Byrne will be moving to Nashville soon, so this will be one of the last chances Bay Area audiences will have to see her in-person for quite some time.

"If you want live music to continue, now is the time to come out," he said. "Venues are getting back into the swing of things and they can really use our support."

The Return Of Lavender Country - Triple bill of tasty twangin' tunes
Sign up!