Scaring up Stravinsky: Simon Rattle returns to the three ballets 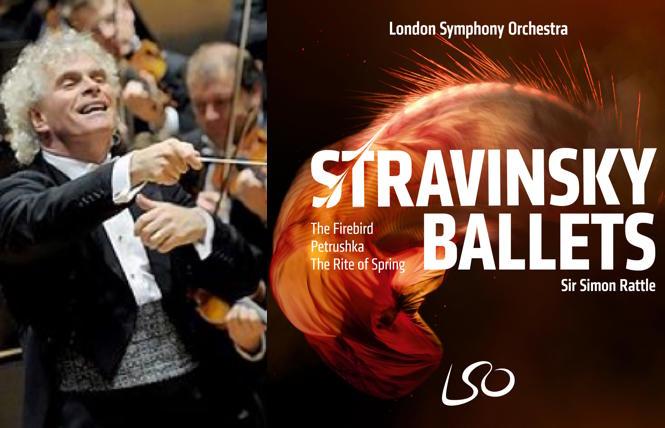 One of the reasons, if a lesser one, that Stravinsky's Le Sacre du printemps ("The Rite of Spring") created a scandal at its Paris premiere on May 29, 1913 —more than a century ago now— was that, despite unprecedented amounts of rehearsal, the orchestra was not up to the challenges of Stravinsky's almost literally ground-breaking score.

Like athletes, orchestral musicians and their leaders have gotten better over that century, and today Le Sacre is deemed the Rite Stuff even for regional and semi-professional orchestras and is definitely in the active repertoire of any orchestra that hopes to qualify as world-class. That represents as much loss as gain.

These days it takes an orchestra as ace as the London Symphony Orchestra (LSO) playing at white heat under its beloved but imminently departing music director, Simon Rattle, to remind you what a still-stunning piece Le Sacre is.

Its new release of the Stravinsky Ballets —The Firebird, Petrushka, and The Rite— on its in-house label, drawn from live performances, is everything you could possibly want from modern orchestra performances of these still-crowd-crazing pieces, issued at a time when the catalog is bursting with rival, often competitive versions. If you're new to these pieces and starting here, count your blessings.

Odious as it is to say that any performer "owns" a piece, I've long thought that about Michael Tilson Thomas and The Rite. When the San Francisco Examiner, for which I was writing at the time, dispatched me to review Tilson Thomas' Rite in a 1993 San Francisco Symphony summer Russian Festival —the kind of fare that might be cancelled now because its Russian roots show— I walked into Davies Hall thinking of the music as "that old thing."

As it happened, earlier that day MTT had been named the Symphony's new music director, and the musicians celebrated with a primal, elemental, orgiastic performance of The Rite that left me blubbering in print. More recently, my practiced love of being wrong was validated the last time I heard the Symphony live, ending the show with another incandescent Rite.

Somehow, over a quarter-century, that old thing had gotten even better.

I wouldn't be writing about this new LSO Live release if my cage hadn't been rattled anew, this time by Rattle.

Another thing that has happened to The Rite over that time is that in 2013 the Stravinsky apostle —there's no better word for him— Robert Craft disclosed, in Stravinsky: Discoveries and Memories (Naxos Books), that at the time Stravinsky was composing The Rite, he also was having sexual and romantic relationships with other men. 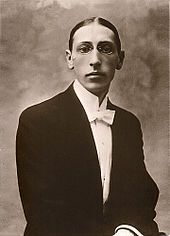 If the allegation ruffled few feathers, it may be because it is no more surprising to contemplate than that the composer's two most famous fellow Ukranians, pianists Vladimir Horowitz and Sviatoslav Richter, also were gay.

At the Rite time, the composer was collaborating with extravagantly gay choreographer Sergei Diaghilev, whose company, Ballets Russes, and star dancer, Vaslav Nijinsky, were turning the dance world on its ear.

Like Richard Strauss writing lines for his sopranos that have them hanging by their eyebrows, Stravinsky wanted the music for The Rite, which he knew would change the course of composition in the 20th century, to sound hard, not like something any old garage band could play.

It's an open question whether he would have wanted every note of the score to be heard as clearly as it is here, but with the LSO's virtuosity, Rattle's acuity, and the advanced state of digital audio recording, that's what you get. In this case the textural clarity only adds to the hair-rising quality of the primitivism in the score.

The piece has rarely sounded this modern, dissonances heightened, cross-rhythms accented, percussion an essential quality of every instrument in the orchestra. It's propulsive to be sure, but equally happy to draw out the score's more sickening, slow, slippery effects.

Usually a known sonic showpiece, this Rite is disturbing. Rattle is as good with the pauses as he is with the audible music, and a primal dread in the silences does its chilling work. When it's run its course, you know you've been through something.

Similarly, in Petrushka you sometimes wish the puppet could stop dancing and that the Shrovetide Fair offered safer entertainments and, in The Firebird, that the thrill of flight were slightly less vertiginous. But these renditions will put at least metaphorical hair on your chest (now that that's back in vogue).

These scores sound like dance scores again, not mere orchestral soundscapes or tone poems. Somewhere Stravinsky is, if not gay, crazy happy and blown away to hear his children once again giving the adults a good fright.

One of the more delectable propositions Craft floats is that Stravinsky may even have been a sexual partner of Maurice Ravel, another Diaghilev associate and one of the few masters of orchestration at Stravinsky's towering level.

If there's another recording of the Stravinsky ballets that's as essential now, it's the ones by the historically informed ensemble Les Siecles under its similarly game-changing conductor, Francois-Xavier Roth, which have recently been re-released as a set (Harmonia Mundi). 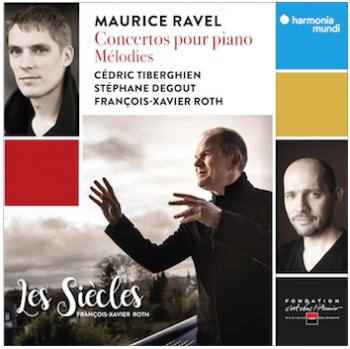 These musicians are as frenetically busy an ensemble as the LSO, routinely changing audiences' perceptions of music once thought familiar in a habit-forming way.

Their new recording, also for Harmonia Mundi, is of the two Ravel piano concertos and a clutch of orchestral songs, the latter featuring the out French baritone Stephane Degout, one of the wonders of today's music-making.

The piano concertos feature soloist Cedric Tiberghien, a sorcerer of the instrument who has been bitten by the bug of historically informed performance. Here he plays an 1892 Pleyel piano, and the results are nothing short of enhanced enchantment. Their combined sound is not daintier but, rather, more penetrating and, at its most exuberant, downright explosive.

Taking Stravinsky on the road 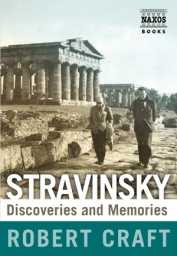