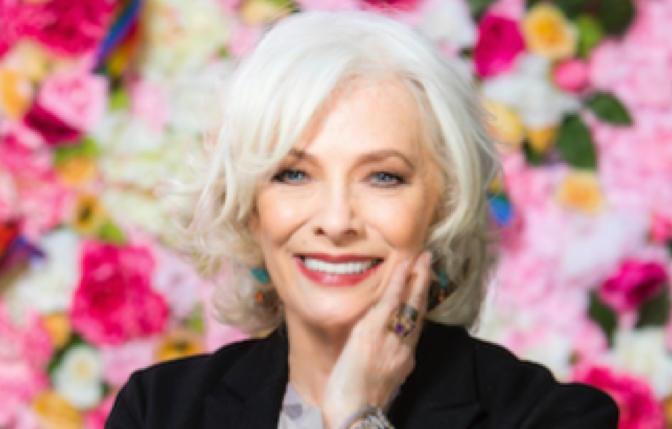 In a career that has lasted more than forty years, Betty Buckley has done it all. She has starred on television, played major roles in movies, recorded numerous albums, performed in cabaret, and appeared to great acclaim on Broadway, most notably in Sunset Boulevard and Cats, winning the coveted Tony Award for the latter. In a phone interview with the Bay Area Reporter, as she was preparing for a recent gig at Feinstein's at the Nikko, Buckley said that she has enjoyed everything she has done.

"I don't think in terms of favorites," she said. "I just like what I'm doing at the moment and feel really blessed to get to work with people I really admire."

She shows no sign of slowing down. Buckley spoke to the B.A.R. about her new album Betty Buckley Sings Stephen Sondheim, in which she celebrates the lyrics of one of the greatest songwriters in musical theater history.

The album features twenty-four tracks and covers songs from throughout Sondheim's illustrious career. The album opens with "Children Will Listen" from Into the Woods. She begins the song softly, her voice gradually building to a crescendo as she underscores the emotional impact of this powerful warning to parents, cautioning them to be careful of what they say in front of their children.

On "Not a Day Goes By," from Merrily We Roll Along, Buckley almost weeps with her voice, beautifully conveying the gut-wrenching impact of a song in which a woman realizes that the person she loves is lost to her. It's a sad but beautiful tune, and Buckley sings it for all its worth.

Those familiar with Buckley's career will not be surprised by how much feeling she puts into each song. When she sang "Memory" in the original Broadway company of Cats, her powerful vocals brought down the house each night.

"It was an honor," she said of the Tony Award she won for that performance.

Her new album is a greatest hits compilation, comprised mainly of songs that she had previously recorded, though there are two new tracks included. Her appearance at Feinstein's was in support of the new album. She also performed at Joe's Pub in New York City a few weeks prior.

"I have a glorious band," she said. "I have this incredible collaborator, a brilliant pianist named Christian Jacob who I've worked with for about twelve years now. We've released six CDs. I've released nineteen CDs, and I work with amazing jazz musicians. Christian is a brilliant composer, arranger, and pianist. He scored three of Clint Eastwood's most recent films and is a seven-time Grammy nominee. I'm very blessed to work with him."

Buckley is also an enthusiastic member of the Sondheim fan club.

"He's obviously one of the greatest lyricists/composers that's ever been a part of musical theater," she said. "I feel that we're all so blessed to have been on the planet and to have been part of the musical theater community in his generation. His music has meant a lot to me. I've sung at a couple of his big birthday celebrations. I sung with the Harlem Boys Choir at his 77th birthday celebration. I was the original witch in Into the Woods in the first Broadway workshop."

Buckley added that she's been grieving for the loss of Sondheim, who passed away in November, 2021 at the age of 91.

In addition to her singing, Buckley is continuing with her acting career. She is currently playing Lorraine Maxwell, a recurring character on Law and Order: SVU.

"She's the chief of the trial division," Buckley said. "So that's been a blast. I've played attorneys in the past, but they created this role for me this season, and it's been a real joy to be on that set. I'll be shooting my fourth episode in early May."

"I love Night," she said. "The second film I did with him, Split, I got to co-star with James McAvoy. He wrote the role of the psychologist James' character is working with for me, which is a real gift. I was also in his film The Happening. He's such a joyous man, he's like a shiny little kid, he's so much fun to be around and to work with on the set. He's full of life, wit, and humor."

Betty Buckley has indeed done it all. Her new album concludes with a rousing rendition of "I'm Still Here" from Sondheim's Follies, perhaps the finest show business anthem ever written for a woman. In the song, an actress who has more years behind her than ahead of her looks back upon a career that she has survived with strength, resilience, and sheer talent.

After more than forty years, Betty Buckley is still here and going strong. 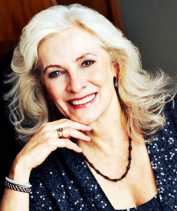 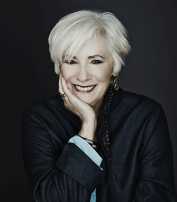