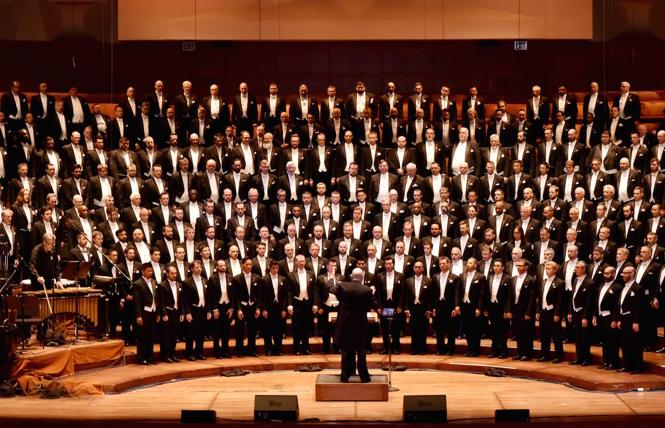 On April 10, the San Francisco Gay Men's Chorus will present Voices Rising, an evening of music as only the chorus can present it. Voices Rising will include the world premiere Songs of the Phoenix, a song cycle featuring ten songs by thirteen composers and lyricists.

Curated by the Tony nominated Broadway composer Andrew Lippa, who is also one of the composers represented in the cycle, Songs of the Phoenix comes at an emotional time for the chorus, as longtime artistic director and conductor Dr. Tim Seelig is preparing to step down and retire. 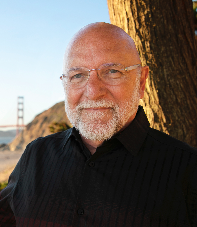 In an email interview with the Bay Area Reporter, Seelig noted that his decision to call it a day was not unexpected, though he said that he was not yet done with music.

"I began on the stage of the piano bench at the age of three," he said. "I've been making music for 68 years. There is no way it will simply stop suddenly. There will absolutely be music making. I will still be doing book tours with my six books, guest-conducting and probably just waving my arms to the radio at home."

Seelig made reference to the pandemic as he explained why the new show is called Voices Rising. The voices of the chorus were silenced during the pandemic, which devastated both himself and the singers. Two years ago, the chorus was forced to cancel its Spring show at Davies Symphony Hall, which is the locale for Voices Rising.

"Returning to that beautiful venue and raising our voices is going to be glorious," he said. "In addition, our world premiere that evening will be Songs of the Phoenix, once again illustrating how are voices are rising from the ashes of the pandemic."

Lippa, according to Seelig, did not choose the ten songs that will be performed in Songs of the Phoenix. Rather, Lippa chose the thirteen librettists and composers. They are Ty Defoe, Alexandra Elle, Siedah Garrett, Joriah Kwame, Patrick and Daniel Lazour, Melissa Li, Ingrid Michaelson, Stephen Schwartz, Diana Syrse, Kit Yan, the great Stephen Sondheim and Lippa himself.

"The thirteen composers possess as wide a range of experience as one could imagine," said Seelig. "They are straight, gay, bi, trans and two-spirit. They are African American, Latinx, Chinese, Pacific Islander and Middle Eastern. They are young and old. The youngest is 25, the oldest is 91. Mr. Sondheim contributed his piece this past summer before his death in November. We are very lucky. It also includes Siedah Garrett, who co-wrote 'Man in the Mirror' with Michael Jackson."

"We have engaged BATCO to provide amazing artistic elements to Songs of the Phoenix," Seelig said. "Adam is the executive director and has been coordinating the efforts. Jackson, the artistic director, will be one of our narrators for the piece. SFBATCO will be providing eleven amazing BIPOC dancers for the show. The second narrator is Cherie Miller."

The evening will also include highlights from two of the chorus' commissions, "Unbreakable" and "@Queerz. Unbreakable," which was first performed four years ago, features the music and lyrics of Lippa and chronicles a century of unknown LGBTQ+ stories. @Queerz, composed by Palo Alto native Julian Hornik, was to have been the chorus' commissioned piece for 2020, but was cancelled. It's a sixty-minute work telling the stories and addressing the issues of LGBTQ+ youth.

And to top it all off, the evening will feature a tenth anniversary performance of "Testimony," which was written by three-time Academy award and four-time Grammy Award winning composer Stephen Schwartz. First performed in 2012, "Testimony" was inspired by the It Gets Better Project. There will also be a tribute to Sondheim.

Voices Rising is a major production for the chorus. There will be 250 singers, a nine-piece band, fourteen dancers and two narrators. Seelig explained what he and the chorus hope to convey with the evening.

"Most of us have lived through not one, but two pandemics," he said. "As an HIV-positive man, I can testify that we are still grappling with the first one. But we are coming out of a very different pandemic than the first. This one shut the world down. Our message of the evening is in the very first piece we will sing, "We Are Survivors." That is the powerful and uplifting message of the entire evening."