For the past twenty years, Spencer Day has been keeping his audiences entertained by putting his own unique spin on jazz pop standards as well as with performing his own compositions.

Day's smooth jazz sound has earned him fans around the world and helped him to sell countless records. With his new album Broadway by Day, the singer tips his hat to the Great White Way. He'll also perform at Feinstein's at the Nikko April 8 and 9.

Day's album, which is now available on CD and as an MP3 download, features Day's cool jazz interpretations of twelve well-known songs from some of Broadway's finest shows.

From the very first track, Day pulls the listener into his world. His take on the show stopping "One" from the classic musical A Chorus Line evokes the aura of a smoky jazz club, circa the 1950s. Day, who is openly gay, also re-imagines another classic tune.

His rendition of "I Don't Know How to Love Him" from the legendary musical Jesus Christ Superstar becomes, in his hands, a love song sung by a man to another man.

"One thing I love about having over sixteen years in the industry is being able to witness all of the profound changes that have happened," Day said in an email interview with the Bay Area Reporter. "I'm very glad to be at a point where I can sing a song to a man. I don't really have to think about it being provocative. It's just a beautiful song and I'm so glad I live in a time where I can say 'Yeah, so what?' Truth and beauty overcomes."

Day covers tunes from a variety of eras, from the majestic "Bali Hai" from South Pacific (1949) all the way to "I'd Be Surprisingly Good For You" from Evita (1979) with stops in the 1950s such as "Getting to Know You" from The King and I and the 1960s like "It Only Takes a Moment" from the musical Hello Dolly.

"Since this is my first original cover record, it's very important to me that we not just tread over the same material and sensibilities that so many people have done and probably better than I could," Day said. "As a singer/songwriter I really felt that there had to be a unique stamp on it that simultaneously made the arrangements surprising, but also respected what the song is. Digging into Broadway, especially more Broadway of the 1970s and 1980s, is rather uncharted territory. We searched far and wide to make sure we weren't picking songs that had been done to death. I'm really proud of the ones we picked." 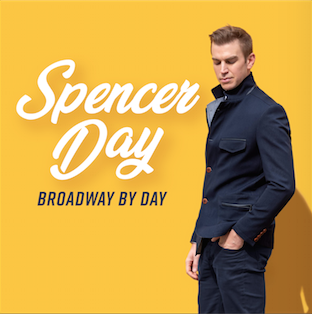 Day is joined by two friends on two of the tracks. Jazz chanteuse Jane Monheit can be heard on Day's track of "It Only Takes a Moment," while master saxophonist Dave Koz toots his horn for "If I Loved You" from the musical Carousel. In the former Day and Monheit's distinctive voices weave in and out of each other for an upbeat jazzy take on a song which was played to a much slower beat when it was heard in Hello Dolly.

On the latter track, Koz' playing underscores the romantic tone of one of Broadway's great love songs. Day has nothing but praise for Monheit.

"Speaking of jazz, I've never considered myself a jazz singer, more of a singer/songwriter who is heavily influenced by jazz," Day said. "But Jane, she's a jazz singer. So effortless yet studied in her approach to the genre. Very glad to have her on the project."

Day is also a card-carrying member of Koz' fan club, crediting the musician with introducing him to his record label.

"He not only made the introduction, but he has been a champion of my career for years, featuring me on his radio show before he even knew me," Day said. "Having him on the record is a huge honor. I have two multiple Grammy-nominated artists on my record. That's cool."

The singer acknowledges that there can be challenges to selling his style of music to an audience in this day and age. He hopes to attract people who have preconceived notions but haven't been exposed to how great he feels these songs are.

"I hope the songs stand on their own out of the context of the show," he said. "I'm hoping jazz aficionados and musicians who sometimes consider Broadway to be 'cheesy' or 'gay' realize how many gems there are to cover. I hope they lost the toxic masculinity as well.

"Finally, I hope the Broadway people will realize jazz doesn't have to be esoteric, tuneless or pretentious as they often believe. Music is music. We are all speaking the same beautiful language. It is in life's contradictions where the most beautiful things are created."

Spencer Day will perform at Feinstein's at the Nikko on Friday and Saturday, April 8 and 9. $90, 8pm. Hotel Nikko, 222 Mason St. www.feinsteinssf.com www.spencerday.com 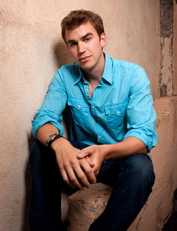 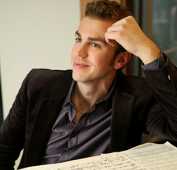 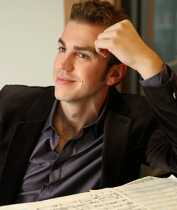 Koz for celebration: an interview with jazz saxophonist Dave Koz
Sign up!