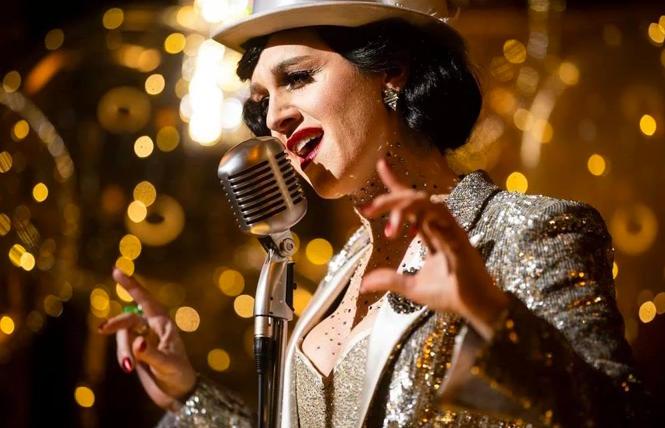 It's doubly appropriate to catch Lena Hall at Feinstein's at the Nikko over the Thanksgiving weekend.

First, its a 'home for the holidays' engagement for the local native who's gone on to star in Broadway shows, including Kinky Boots and Hedwig and the Angry Inch, for which she won a Tony. But there's also this: Lena Hall is big in Turkey.

That's right. Ottomans are istanbullish on Hall, thanks to the global success of the dark, meaty science fiction drama Snowpiercer, which begins a third season on TNT on January 24.

"It's done fine in the U.S.," Hall says of her first television series, "But it's been a huge hit in other parts of the world. I have Turkish fans who I hear from who want me to come perform there." 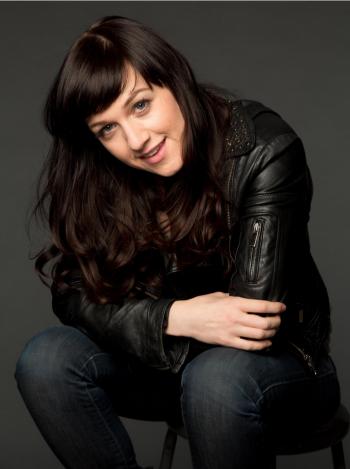 The series, based on Parasite writer/director Bong Joon-Ho's 2013 feature, has also racked up big ratings in China, France, the UK and Brazil. Hall plays Miss Audrey, a singer in the nightclub car of the show's titular supersonic train; it's a role that has exposed Hall's impressive musical chops to audiences who might not otherwise have discovered her.

"I'm totally into sci-fi," Hall, 41, told the Bay Area Reporter in a recent interview, "I was a huge fan of Star Trek: The Next Generation. But I have to say I still feel a little surprised that I got hired for this. I've always been known for musical comedy."

While Snowpiercer is light on yucks, it's given Hall a breakthrough chance to flex her musical muscles. "It's not just that I've been able to sing on the show. They've actually licensed a song I wrote and had me sing some of the songs I've recorded in the past."

Those include two Radiohead songs, "Creep" and "Street Spirit (Fade Out)," which Hall included in her Obsessed series of cover EPs (available online) and which better reflect her personal musical tastes than most Broadway scores.

"I'm working on an album of my own music called Lullabies for the End of the World," says Hall, who, in addition to Radiohead, points to Led Zeppelin, Depeche Mode and Frank Ocean as influences. "I'm going for a sound that has a lot of space in it, where the simplicity becomes complex."

Hall's performances at Feinstein's will mix covers and originals, but audiences should anticipate little in the way of show tunes. Her upcoming Feinstein's concerts' title, however, 'Songs From the Night Car,' references train travel.

That said —and even with a fourth season of Snowpiercer greenlighted— Hall says she hopes to arrange her shooting schedule over the next year in a way that allows her to get back to the New York stage.

"I could not be more lucky than to have had Snowpiercer floating me through the pandemic," she says. "But I want to be back on stage. I miss it so much. Broadway is still my community. I've been here for 20 years and I'm really worried about the state of the theater. The big Broadway musicals are expensive to run and I'm curious to see how long some of the shows are going to continue to run unless tourism comes back much stronger than it has."

Hall added, "I've been pretty vocal with Broadway producers about streaming shows. It's a way to get many more people to see something at a lower price point. Look at what happened with Hamilton. People flocked to it, and they watched it repeatedly.

"Producers sometimes say that people won't come to see a show on Broadway if they've already seen it streaming. But that's not true. There are a lot of people who can't or don't want to spend over $100 on a ticket to something they're not already familiar with. If Broadway tickets are going to stay as expensive as they are, you're going to need streaming to convince tourists to buy tickets."

Brats' worth
Meanwhile, as Feinstein's at the Nikko presents Lena Hall in the hotel's ballroom venue, they'll continue to host the now-extended run of the Brat Pack revue in their lobby level cabaret space. 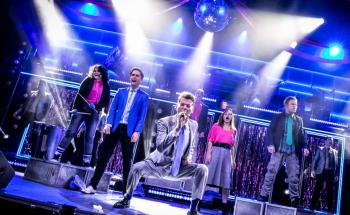 The felicitously fluffy tribute to '80s teen movies (You've heard of Seussical? Well, this is John Hughes-ical.) features a terrific young cast performing cheesily irresistible synth pop hits from before they were born and replicating nostalgic snippets of dialogue from Pretty In Pink, Say Anything, Weird Science, Breakfast Club and Ferris Bueller's Day Off.

It's a giddy, nostalgic button-pusher of a show for 'the Olds' (formerly known as Gen X). If you recall the source material as problematically White Privilegy, well, so do the producers.

The energetic ensemble is pointedly multicultural, Long Duk Dong has been appropriately circumcised from the script, and, in a bit of kid-gloved overreach, the oft-misconstrued lyrics of the Vapors' "Turning Japanese" have been rewritten without one of its title's two words; another ill-conceived Japanese exclusion act, "Fer shur, dudes."

Lena Hall: in Limbo and Hell

Darren Criss:'Glee' and 'Hedwig' star performs at The Nourse
Sign up!