Donnie's welcome back to 'The Colored Section' 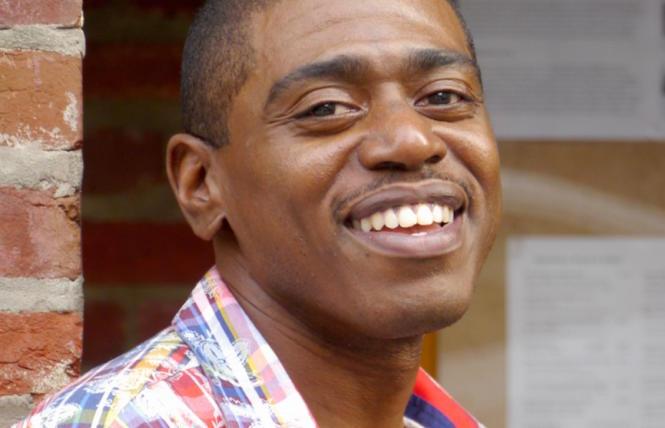 Let's spill the tea here and now. What was passing for Motown Records during the late 1990s and early 2000s was a poor excuse for what was once a groundbreaking and important home for music. There were a few exceptions (see Erykah Badu), but the suits and corporate con men running the show mistreated several artists, including gay retro-soul artist Donnie.

In spite of across-the-board favorable reviews, Donnie's exceptional debut album The Colored Section was virtually ignored. As if to set the record straight (so to speak), Motown has reissued The Colored Section in an expanded 20th-anniversary edition. Donnie was gracious enough to answer a few questions in advance of the reissue's release.

Gregg Shapiro: Your acclaimed debut album The Colored Section is being reissued in an expanded 20th-anniversary edition. What does such an auspicious occasion mean to you as an artist?
Donnie: As an artist, it means forgiveness first of all. I didn't do well in the music industry; very embarrassing moment. It means forgiveness, but it also means that somebody actually looks at my art as respectable. It's just something to be celebrated from the same label that dropped you [laughs].

They realized their mistake.
I was really surprised. But everybody's not the same within the company.

There have been some personnel changes.
Yes.

The Colored Section was released during June, which was both Pride Month and African American Music Appreciation Month. Please say something about the significance of that to you.
Being gay and coming from a Hebrew Pentecostal church, it was even more difficult than being from your average Pentecostal church, because it was very much Leviticus (based). So, what it means to me is just a balance. Having both feet out of the closet. I had to stand up for gay people, but I was still uncomfortable because I wanted my mother to love me. It's very significant, because she'll be listening. She's gotten over a lot of it, still, She might as well, I'm not gonna stop. Plus Juneteenth! It's me [laughs], the month! The music, Juneteenth which is very Colored Section/black history, and gay rights month.

Everything at once! How involved were you in the process of selecting the bonus material that is included in the reissue?
I was not involved. They own the masters to the track. They don't own the songs, but they own the masters, so they did what they did. It's a business.

What do you think about the bonus material that was chosen?
I really don't like "Trois." It was a recording I made for a movie soundtrack, but they put it on there anyway. There are songs that people have heard, a love song called "When You Call My Name" and people really love that. I thank God.

Among the bonus tracks, there are numerous dance remixes. Did you have the experience of being in a club and hearing the DJ spinning one of your songs?
I don't think so, and if I did I can't remember it. I never remember anybody playing my music in a club. 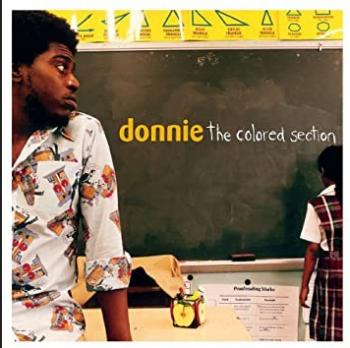 Maybe now they will get played with this reissue.
I think they were, but I was never there, I guess.

Georgia, and Atlanta in particular, has been in the news quite a bit. On the one hand there is a progressive politician such as Stacey Abrams representing the region, and on the other hand there is also racist homophobe Marjorie Taylor Green. As someone with deep roots in Georgia, can you please say something about that?
She's (Greene) a put-on! There are certain things that Marjorie does so she can get publicity. A lot of people do that. I don't think she's real, but I think she doesn't care whether she's real. She doesn't care either way. She looks very lame. Now, Stacey Abrams, I am down for her! As a matter of fact, she came on the TV and I was like, "Stacey! I went to high school with her!"

You went to high school with Stacey?
Yes [laughs]! She's not being fake. She's being her! It's been a while. A lot of people don't know that because I don't say it. We went to Avondale High School together.

You have cited the influence of Stevie Wonder, Donny Hathaway and Marvin Gaye on your work, all of whom come through loud and clear in your powerful lyrics and your vocal style. Do you know if Stevie Wonder ever heard The Colored Section, and if so, what did he think of it?
I never heard what Stevie thought of it. I think he's heard it. This guy from Hidden Beach (Records), I forgot his name, handed me a phone one time and Stevie Wonder was on the phone. I said, "I hope this isn't a person imitating him [laughs]!" I was young; it's very much a copy album, to me. I really hoped that he was honored, but I don't think he was impressed. I'm just saying what I feel.

In addition to Stevie, Donny and Marvin, black gay male performers such as Sylvester, Luther Vandross, Labi Siffre, Blackberri, Johnny Mathis, and even Little Richard, preceded you. What influence, if any, did they have on you?
I would say all of them. You said Johnny Mathis, but you didn't say Liberace!

Because he wasn't Black!
[Laughs] I love American music. Sylvester comes from the Pentecostal church, which a lot of gay men do. There are a lot of gay men in the choir! I loved Sylvester's music before I ever heard about the common ground with Pentecostalism. The church was fighting against me, but I'm sorry, here's this man dressed like a woman with this high voice singing this pumping song, "You make me feel might real!" It was inspiration! Even Johnny Mathis. He sang the theme song for Family Ties. Him and, woo, Deniece Williams! Oh, my gosh! Anybody who came out and was openly gay or were found out...because it's not the easiest thing. I'm not hard on people about it. But it was very inspirational for people to have the balls to do that because they're black. Being black and being gay, you are persecuted by own race and by others.

The Colored Section was released before we had queer black music icons including Janelle Monae, Billy Porter, Frank Ocean, Todrick Hall, and Lil Nas X, to name a few. How do you feel about the evolution of queer black performers?
Like I said, it's bold. But I think it's needed. A lot of people give opinions on what it is to be gay and don't even know any gay people. What they're really seeing is what has already been, what was in the clubs. Now they're getting the chance to experience it. It's not the easiest thing, but because it's art, people don't get such a hard time. Even though they gave Tevin Campbell a hard time, I heard. I wish he could have made it. He had talent. But he was gay, and he was feminine. They wanted someone for the girls can go crazy over. I feel that they're needed, and folks are going to have to get used to stuff. They're not the only ones here!

In the interim, between your second album The Daily News and now, have you been working on any new music?
I've been working on a musical. It's called The American Mythology. I've been working on it for, I would, guess 15 years. I didn't stop because it was my heart, it's what kept me alive. It's a musical. It's not about Donnie. I want this to go to Broadway, but I want to put it on stage first. It's not easy, but I do have a connection. I'm going to do it. Maybe I'll do a single, every now and then. But a Donnie album? I don't know. [Laughs] you never know.